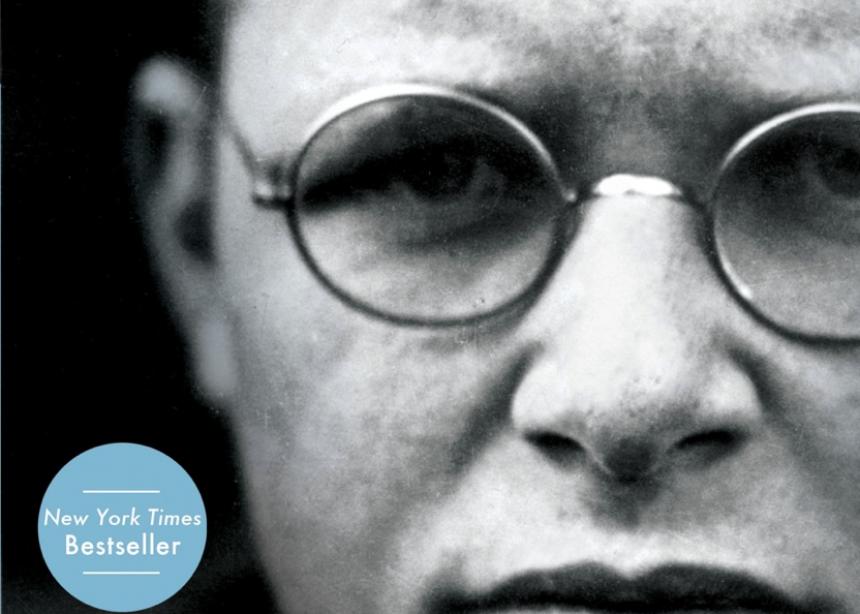 Dietrich Bonhoeffer, the German theologian who spoke out against the Nazis, has been a controversial figure. Mennonites have valued him for his book, The Cost of Discipleship, but many people don’t know how to interpret his involvement in the plot to kill Hitler.

In this new biography of Bonhoeffer, Eric Metaxas presents him as a sincere and courageous Christian who obeyed God’s call without flinching, even to the point of death. Metaxas declares that Bonhoeffer’s theology has been misunderstood and presents him as someone whose unswerving goal was to take the Sermon on the Mount seriously.

Bonhoeffer watched with dismay as the Nazis increased their power in Germany in the 1930s, especially as they began exerting influence over the church and its pastors. He challenged pastors and all German Lutherans not to be lulled into accepting an empty religion that blindly follows the government and does not take Christ seriously. He helped to organize pastors to stand against Nazi policies and assisted Jews to escape from Germany.

In 1939 Bonhoeffer travelled to New York, planning to teach theology there, but soon realized he had made a mistake and returned to Germany just before the outbreak of the war. During the war he continued to teach theology covertly and also joined the German military intelligence as a chaplain, partly to protect himself from the Gestapo. Although Bonhoeffer was never personally involved in the various plots to kill Hitler, he was among the conspirators. Bonhoeffer spent a year-and-a-half in prison, although his involvement in the conspiracy had not been discovered. When details of the anti-Hitler scheme were uncovered, Bonhoeffer was promptly executed, just weeks before the war ended.

Although this biography is fairly long, it is very readable. Every now and then Metaxas uses an over-the-top image that feels somewhat out of place. Phrase such as, “In time the bloodthirsty devils with whom they were playing patty-cake would strangle them with the guts of their quaint scruples” (306), or the description of someone who “belched diabolical aphorisms of perfectly circular logic” (382), seem just a little too dramatic. Perhaps this is the author’s attempt to add a touch of humour to an otherwise serious study.

Metaxas uses many quotations from Bonhoeffer’s vast correspondence, and presents him as a principled and likeable person who lived his convictions. I recommend this book for anyone interested in what it means to live a life of faith.