Published after a five-year series of consultations among the World Council of Churches (WCC), the Pontifical Council for Inter-religious Dialogue (PCID) of the Roman Catholic Church and the World Evangelical Alliance (WEA). 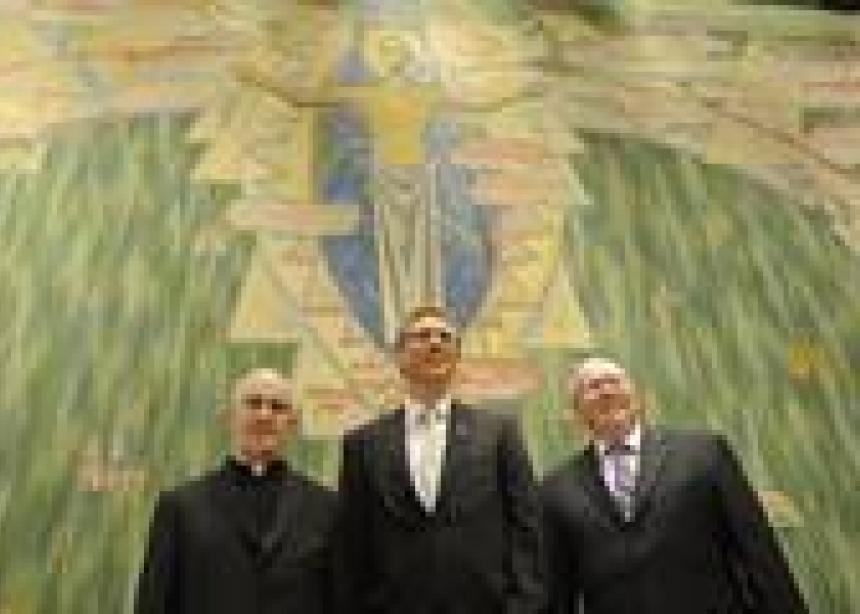 “Christian Witness in a Multi-Religious World: Recommendations for Conduct,” a five-page document on the conduct of mission “according to gospel principles,” was released during a public presentation on Tuesday, June 28 at the Ecumenical Centre here.

The recommendations regarding respectful behaviour on the part of missionaries, evangelists and other witnesses when sharing the Christian faith were issued following a five-year series of consultations among the World Council of Churches (WCC), the Pontifical Council for Inter-religious Dialogue (PCID) of the Roman Catholic Church and the World Evangelical Alliance (WEA).

The three bodies include Orthodox, Catholic, Anglican, Protestant, Evangelical, Pentecostal and independent churches with a combined membership of some two billion people representing nearly 90 percent of the world’s Christians.

“In the past five years we have been building a new bridge,” said Dr Geoff Tunnicliffe, chief executive officer and secretary general of the WEA. “The document is a major achievement,” he explained, in that it represents formal agreement on “the essence of Christian mission” while also demonstrating that diverse Christian bodies “are able to work together and to speak together.” In this sense, the release of the text “is a historic moment” in the quest for Christian unity.

“We send this document to each of our constituencies,” said the Rev. Dr Olav Fykse Tveit, general secretary of the WCC, “with the hope that they will see these recommendations as an inspiration to design their own codes of conduct, relevant to their own particular contexts.”

The document begins, “Mission belongs to the very being of the church.” The recommendations that follow suggest practical ways of engaging in mission while showing sincere respect for neighbours of other faiths.

Cardinal Jean-Louis Tauran, president of the PCID, observed that leaders in the churches today “have a duty to proclaim the faith” and also “to propose a greater vision of dialogue.” He cited a principle of Catholic teaching, “Reject nothing that is true and holy in each religion”, cautioning that Christians must overcome religious conflicts if they are to “present the truth of God in a credible way.”

The joint document on Christian witness calls for careful study of the issues of mission and inter-religious dialogue, the building of trust and cooperation among people of all religions and the promotion of religious freedom everywhere.

Christians are encouraged to pray for the well-being of all, to strengthen their own religious identity and to avoid misrepresenting the beliefs of others.

Where possible, it adds, the preparation of codes of conduct by churches and related organizations “should be done ecumenically, and in consultation with representatives of other religions.”

In presenting “Christian Witness in a Multi-Religious World”, Tveit alluded to Jesus Christ’s

prayer for unity in the 17th chapter of John’s gospel. “We are called to be one so that the world may believe,” said Tveit. “And so this day is a day for thankfulness, a day of celebration, but also a day of reflection.”

Meetings involving the WCC, PCID and WEA that led to the formulation of “Christian Witness in a Multi-Religious World” were held at Lariano, Italy in May 2006, Toulouse, France in August 2007 and Bangkok, Thailand in January 2011.

Full text of Christian Witness in a Multi-Religious World: