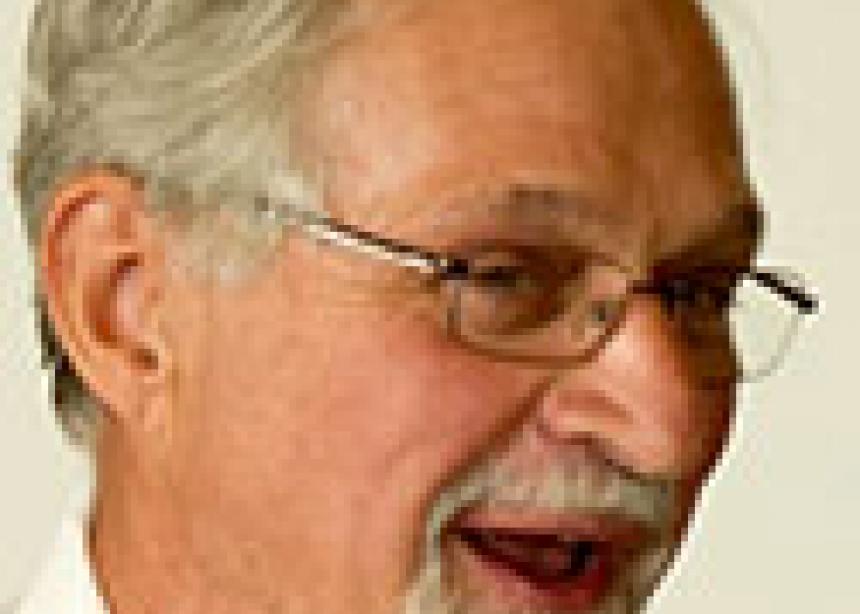 Even urban Mennonites lay claim to an agrarian heritage. According to many speakers at Rooted and Grounded: A Conference on Land and Christian Discipleship, held last month at Anabaptist Mennonite Biblical Seminary (AMBS), this is important despite the urbanity of most Mennonites and North Americans in general.

More than 170 academics, farmers, pastors and laypeople gathered for dozens of presentations and three keynote lectures, during which they discussed ways that agrarian and rural backgrounds need to be recovered and rethought, for reasons of faithfulness to God and care of the environment.

According to Tim Wiebe-Neufeld, co-pastor of First Mennonite in Edmonton, the final keynote lecture by Barbara Rossing, professor of New Testament at Lutheran Theological Seminary, brought it all together for him. Rossing emphasized that Christians do not aim for a future world, but to seek how God’s kingdom is entering this world. It does so like the “tree of life” in Revelation, she said, growing from roots continually being nourished in solid ground. Christians need to be grounded simultaneously in both “place” and God, to be most faithful.

Rossing drew on scholarship that emphasizes how the New Testament was written in times of Roman Empire. “The counter-imperial vision of communities deeply grounded and rooted” in the radical new relationship with Jesus was a counter-cultural message even then, Rossing said.

The first keynote address also emphasized the counter-cultural aspects of being “rooted and grounded.” S. Roy Kaufman, a pastor who has served rural Mennonite churches for three decades, challenged listeners with the idea that being “unrooted, ungrounded, is essential for consumptive capitalism,” with all of its community-destroying characteristics. He emphasized the gifts that agrarian communities have “to shape a sustainable future for the human family and to bring healing to this earth of God’s creation.”

In between, Ellen Davis, a professor of Bible at Duke Divinity School in North Carolina, reminded listeners that Scripture repeatedly points out the expectations of a partnership between land, people and God. This three-way relationship proved central to other presentations on topics such as local food, reclamation of damaged environments, human-animal interactions, and even hymn-singing in the local congregation.

“Thirteen political jurisdictions need to work together to protect the stream that flows near my house,” pointed out Matt Humphreys of Campbell River, B.C. This idea caught the attention of a Church of the Brethren pastor, who pointed out that churches in his denomination are often named after local rivers because they baptize new members in rivers. “What does it mean to baptize in polluted water?” he asked.

Given the conference focus, several sessions explored the thoughts of Wendell Berry, a Kentucky farmer, author and environmental advocate. One speaker referred to him as “St. Wendell,” jokingly highlighting the prevalence of his thought in contemporary Christian thinking about the troubled relationships of agriculture, environment and community in contemporary North America.

According to Joanne Moyer, who spoke about her postdoctoral research at the University of Toronto on the relationship between faith and environmental activism, Rooted and Grounded was one of the most enjoyable academic conferences she’d attended. “There’s really nothing sillier than sitting in a classroom talking about the land and never going outside,” she said. Besides the classroom lectures, participants could pick from one of 11 afternoon field trips, including an Amish hydroponics farm, Goshen College’s Merry Lea Environmental Learning Center, examples of urban agriculture projects and a canoe trip on the Elkhart River.

Sarah Thompson, the executive director of Christian Peacemaker Teams (CPT), was surprised to hear CPT referred to as having an environmental element to its programs. “We are just realizing this ourselves,” she declared in her own session. When Palestinians return to their homes and find decades-old olive trees uprooted, it is an issue that combines environment, peace, and the deepest spiritual and material needs of people. Thompson said CPT is starting to consider whether “undoing ecocide” needs to be included in the organization’s training programs.

The practical matters of stewardship of the land can be complicated. During an evening storytelling session around a campfire, two presenters disagreed on the best way to deal with the urban decline and empty houses plaguing Detroit. One emphasized the good work being done by a wealthy businessman buying land and planting trees to be harvested, which also brings nature into the urban spaces. But another reminded listeners that this process privatized the land and consolidated decision-making power into one person. The latter speaker highlighted commu-nity land trusts as a collective way of doing stewardship.

Opportunities for exploring ways that AMBS has been greening its campus—including native flower and prairie grass areas, and energy-efficient buildings—seemed to be appreciated by participants. 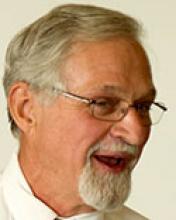