‘Not what we planned as a 50th anniversary focus’ 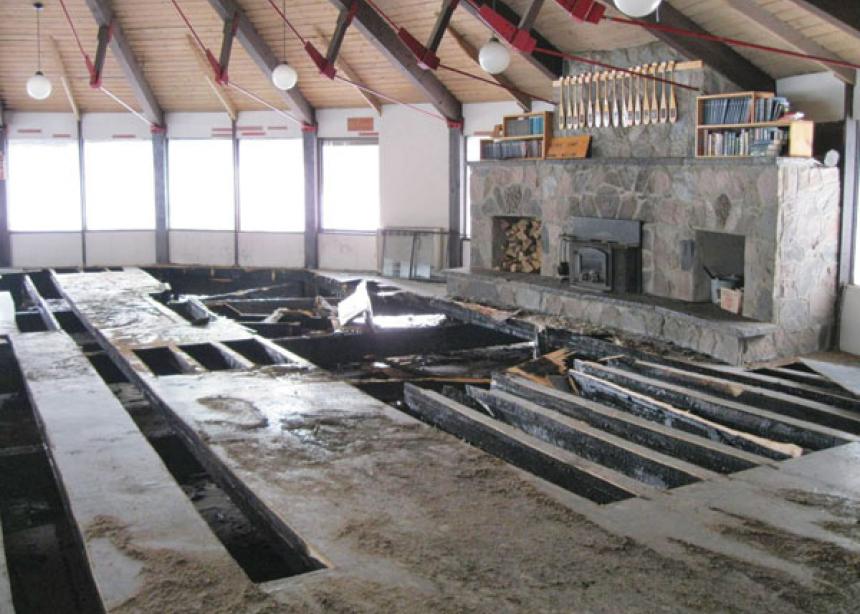 Director Dave Erb told Canadian Mennonite that insurance will cover the expenses of repairing the building after last month’s blaze, including bringing it up to 2011 building code standards, but the board is wondering if this is the time to modernize it by increasing the insulation, putting in better windows and adding washrooms.

“There’s a real change in the expectation of parents for what is acceptable for their children compared to 50 years ago when . . . outhouses were the camp standard,” he said.

The timing of the fire, probably caused by embers from the fireplace somehow getting under the floor into leaves which had gathered there, is good, as Erb expects that a new or repaired building will be ready by June.

The attached kitchen suffered smoke damage, but is already being restored.

Under Erb’s leadership, the camp has moved into the black financially, paying off $100,000 in accumulated debt, but he says this was “not what we planned as a 50th anniversary focus.”

A committee has been struck do fundraising for capital renewal, and Erb hopes it will still do that, building a new camper cabin and a climbing wall.

Before the dining hall is rebuilt, the constituency across Ontario will be polled for priorities. The website’s replies include many well wishes, and offers to help with the rebuilding.

Ron Giesbrecht, a winemaker in Niagara, wrote:  “I was [just] too young to be a camper in 1968, but I do recall seeing the devastation, the crowded scene of the temporary arrangements, and then the hammer-wielding crews that rebuilt the dining hall, certainly Pete Isaak figuring large in that memory. I wanted to help then, and I couldn’t. Now I am more able to provide some help to rebuild. The camp has always meant so much to Kathy and me, understandably, since that is where we met.” 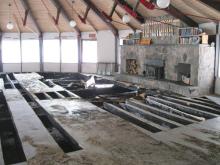