Katie Funk Wiebe died Oct. 23, 2016, in Wichita, Kan., at the age of 92. The long-time writer and educator was named by The Mennonite as among the Top 20 people who influenced the Mennonite church in the 20th century. The daughter of immigrants who fled Ukraine in 1923, she was born in Laird, Sask., on Sept. 15, 1924. While studying at Mennonite Brethren Bible College in Winnipeg, she met Walter Wiebe, who became her husband. A prolific writer, especially on the subject of the role of women in the church, Wiebe wrote a column in The Christian Leader for 30 years. She also wrote articles and reviews for The Canadian Mennonite in the 1950s and ’60s. Widowed at age 38, she began working at the Mennonite Brethren Publishing House to support her family, then upgraded her education and taught English at Tabor College. As well as writing many books and articles, Wiebe encouraged others to write and served on many church boards and committees. In 2014, she received the Leslie K. Tarr Career Achievement Award from the World Guild of Canada, which described her as “an agent of transformation” and a “Mennonite biblical feminist.” She is survived by three children, seven grandchildren and five great-grandchildren. —By Barb Draper 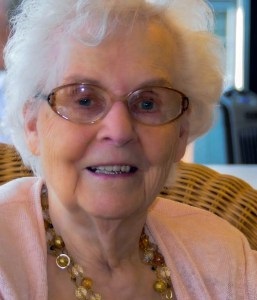