‘A striking lesson in hope’ 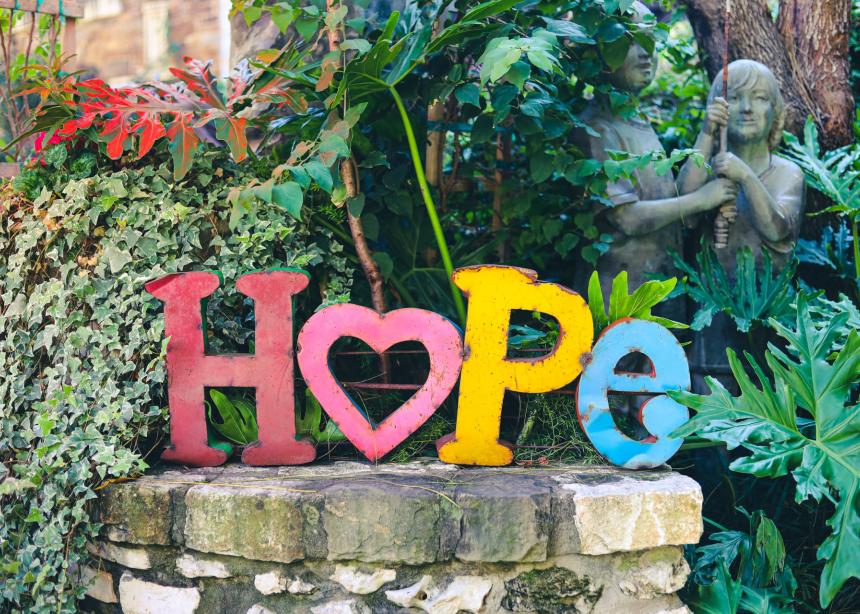 I continue to wander roads surrounding Laird, Sask., with my faithful hound, Bran. These spring days, as the snow slowly recedes, I have discovered a bonanza. Cans and bottles wait to be scooped up! I expect the dollar value of my recent retrievals possibly lies somewhere north of $2! Added to that, the prayers, sermons and columns formulated during this solitude probably equals that sum again!

I offer the most recent ruminations.

In I Corinthians 13:13, when Paul speaks of “the most excellent way,” he ends with, “These three remain: faith, hope and love. But the greatest of these is love.”

I won’t argue with Paul, but I recall a striking lesson in hope.

When I started in formal ministry, Mary was part of the congregation. She was elderly, a widow and she used a wheelchair. A friend picked her up at her condo and brought her to church.

I decided that a legitimate pastoral activity might well be to go visit her. Being new to the work and utterly inexperienced, I floundered a bit, then I asked Mary to tell me about her deceased husband. Her face lit up, and she offered with some passion, “He loved me very much!”

I can’t imagine a better icebreaker. We became good friends and we delighted in our times together.

There was the story of Mary’s grandson, a snowmobile racer. His racing competition happened on the river ice, and Mary’s condo looked down on the site. She told me with great glee how she had wheeled herself to the window and cheered loudly all afternoon.

Then, races complete, the grandson came up to visit her, and her eyes sparkled as she told me that she had immediately recognized by his racing leathers that she had been cheering for the wrong guy! It was a great joke on Mary, and we roared in laughter together.

Another day, Mary didn’t show up to church, and it was announced that she had fallen the previous evening and had spent the night on her floor. Later, I phoned her number, expecting to talk to caregivers. Mary answered, and insisted that I come at once, as she had this marvellous new adventure to share with me!

The lesson of hope was underlined most significantly on another visit. Circling around her living space was a sideboard, and propped on this shelf were pictures of her children, grandchildren and great-grandchildren. On this day, Mary would point to a picture, I would hand it to her, and she would tell me the story of that person.

A photo of a young girl stopped her, as the child had died accidentally. The tears ran down Mary’s face as she shared that tragedy. We sat quietly. After a time, she handed back the photo, and indicated the next one. The stories went on.

That simple moment was hugely transformative for me. The hard stories in our lives, Mary taught me that day, are deeply important and need to be honoured, grieved and given their time. But they are not the only stories that form us. The hope that Mary held allowed her to embrace all of her journey.

I’m thinking that’s a lesson of God. Who knew that the roads of Laird offer this wisdom?

Read more In the Image columns:
‘Make your tents large’
Unexpected sparkles
The ‘chicken whisperer’
‘Bring what you have’
But then there’s those snakes