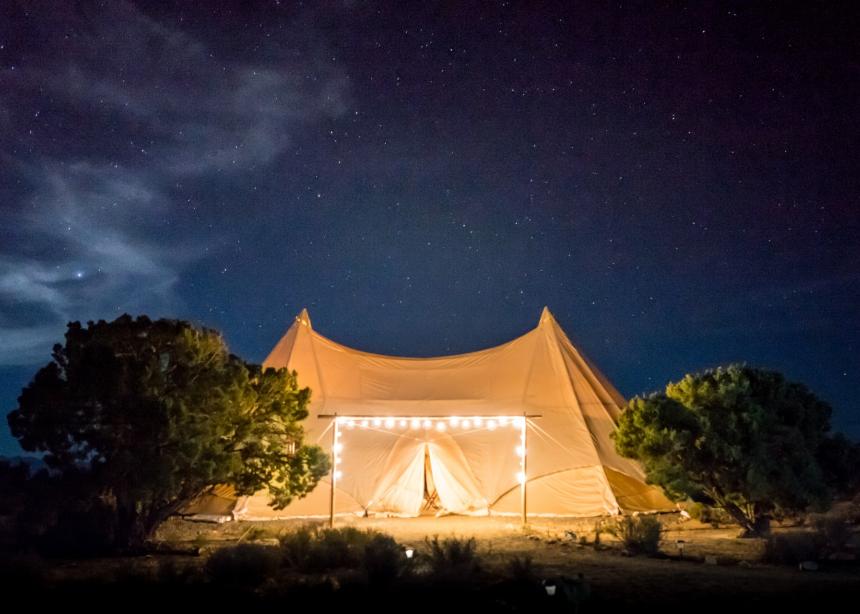 In my federal voting life, I have voted only for the Liberal party.

When I suggested that as the opening sentence for my next Canadian Mennonite column, my two eldest granddaughters, 17 and 20, immediately began guessing at the percentage of readership that would immediately condemn me to the lake of fire.

As I look at and listen to what political discourse has become, I think maybe it’s time to risk that condemnation. In Canada we sort through the apoplectic rhetoric and actions that grew out of differing opinions about managing a pandemic, and now in Europe folks are dying or being displaced because we haven’t learned the lessons of solving differing views respectfully.

I’m a first-generation, Canadian-born citizen. My people have not yet celebrated a century here. My mother frequently reminded us that her father taught his children to vote Liberal, as gratitude for the policies of William Lyon Mackenzie King’s government that allowed the doors to remain open.

That always made sense. However, it got a little complicated in the late 1960s, when Pierre Trudeau arrived on the scene. My father’s family culture had no idea what to do with “jaunty”; it was probably interpreted as “acting smart,” not a good thing. However, I was a rebellious teenager at that moment, so “PET” became a hero, and I attended university in a denim vest with “Fuddle Duddle” scrawled across my back. Google it.

Beyond my family’s experience, and that of my Doukhobor friend, my Ukrainian friend, there is a readiness to open doors and wallets when folks are in need. Certainly there are difficult stories within the Indigenous history, stories in which nobody comes out clean, but steps toward reconciliation and justice are, in my experience, connected to centrist governing. Equally, if progressive reform is to happen in the justice system, keeping us all safer and saner, it has/will come from the centre. Same-sex inclusion touches our family directly.

Here in Western Canada, it’s a little like beating my head against a wall. I discover the name of my candidate as I unfold my ballot, a candidate typically parachuted in from the university. Few resources are spent here. I get that.

What of our current leader, Justin Trudeau? Again, the vitriol thrown his way is confounding. All of our political governments have had an unprecedented and difficult slog these past few years. While decisions made were not always the ones I might have made, who am I to arrogantly assume that I’m smarter, more morally astute, or that I or my group alone is aware of the facts that should dictate the next decision?

This is my story. I challenge you to tell yours. What stories are central to your political passion? What Bible verse points you to a political expression? I sit with The Message, the first several verses of Isaiah 54. What has been life-giving to you as you watch our country move in ways that feel holy and good?

Certainly God isn’t found in any one expression. That’s what makes it fun and challenging. Can we talk about, write about, or listen to our political passions in a way that respects, honours and builds up? Can we listen to learn, not to argue?

Send me a message. I’m open to conversation. And conversion.

Ed Olfert (p2peho@gmail.com) gives thanks for those who lead.

Read more In the Image columns:
Unexpected sparkles
The ‘chicken whisperer’
‘Bring what you have’
But then there’s those snakes
The benefits of a hamlet