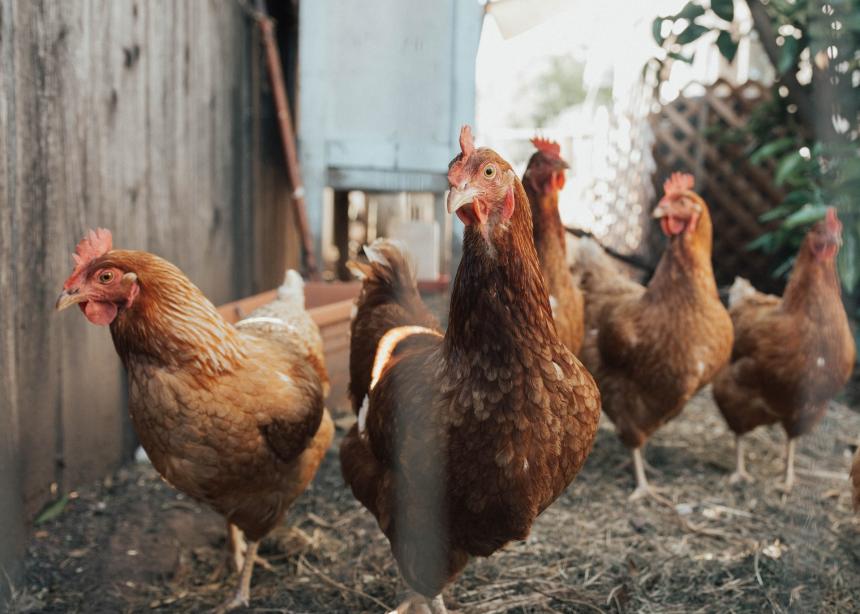 Genesis 1 describes God’s creation activity as, among other things, blessing the male/female that God had created, and commanding them to rule over every living creature that moves on the ground. Meanwhile, Indigenous spirituality offers stories of hunters extending thanks to the fallen creature that gave up its life so the hunter’s community might have food, shelter, warmth, tools.

A 10-year-old grandson offered a glimpse of what those bits of faith might look like on the ground.

I gathered together our son, his three sons, a granddaughter, and a son-in-law, to butcher chickens. This family hadn’t engaged in this activity for 35 years, when a different set of three generations came together. Our three children were pre-teens then, and all have memories of hovering over their grandfather as he dissected gizzards, looking for interesting and shiny bits, while their grandmother demanded he get back to work.

This time, without my mom in charge, there was a lot of figuring it out as we went. My son accessed a YouTube video. Our granddaughter wasn’t about to actually get her hands into the process, but she gamely attended to better understand where her food comes from.

Ten-year-old Josh had shown a keen ability as a “chicken-whisperer” last summer, when these hens kept him and his brothers in egg money. Josh would walk to his hens, who gathered around his feet, he would reach down and touch their backs, and they would squat on the ground, whereupon he would pick them up and pet them. There was a calmness to him, a calmness that was strikingly at odds with some of his other personas, such as driving his older or younger brother insane with his teasing.

As the day began, Josh quietly brought his hens to the chopping block. He was there when the de-feathering happened, he watched his dad closely when evisceration began, and was soon managing that operation on his own. He trimmed up hearts and gizzards, again quietly, determinedly.

In every story that I am part of, there is always energy set aside to recognize lessons that sparkle, that offer a bit of truth, a bit of hope. That day, I was drawn to the earnest presence of our Josh.

I realized that the lesson being offered was a lesson of respect, a lesson of offering dignity to these chickens, to every aspect of their reality. While he might have limited language to phrase it, there was an awareness that these beasts came into his life as a gift, and that sense of giftedness remains as long as they are part of his story. Josh is one of the few in our family who is extroverted, who loves friends and sports and loud storytelling around the table, complete with arms waving and exaggerated facial expressions.

Yet this day was for serious work, respectful work, work that did not lose sight of dignity.

We have possibly heard sermons and theories of what is meant in Genesis by the charge to “rule over every living creature.” Do we claim holy permission to run roughshod over the creation around us? I think here about the slaughter of buffalo herds that is a sad part of our history. What is our responsibility?

On the other hand, perhaps we see as hopelessly simplistic and irrelevant that Indigenous peoples posit that every created thing is a gift to us, and is worthy of being thanked, honoured, should we choose to harvest it. That sense of thankfulness also implies responsibility. Perhaps that feels too heavy.

Josh shows a way through. Josh, who exhibits a keen sense of justice, knows something, instinctively, of what God intends, of what the Great Spirit intends, of how to live hopefully. Josh offers respect, simply because he is created in the image of the Holy One.

Read more In the Image columns:
‘Bring what you have’
But then there’s those snakes
The benefits of a hamlet
The pack of smokes on my mantel
A pretty big leap for Arthur 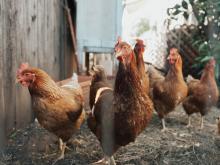