Militia lays down arms in Congo

Churches work and pray for healing 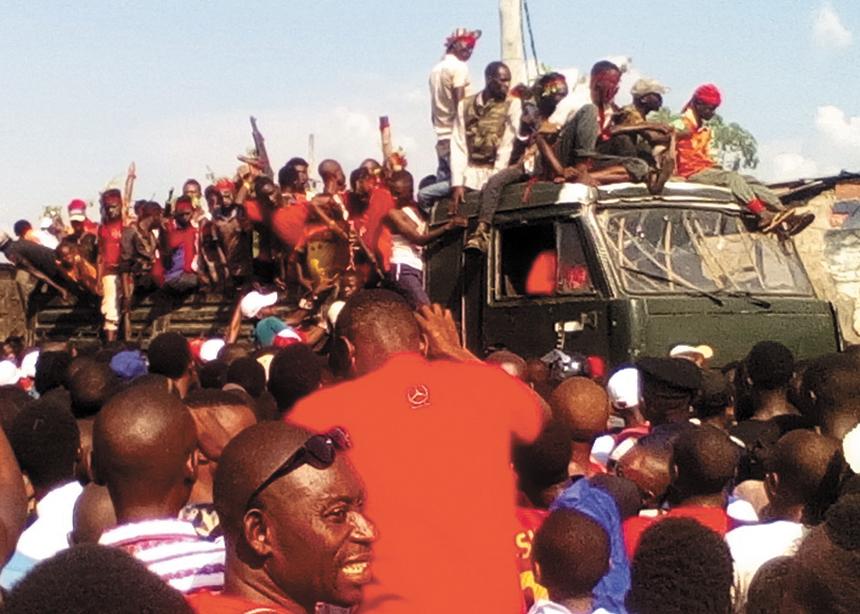 Militia members enter the Congolese city of Tshikapa in a truck to lay down their arms on January 29. (Photo by Joseph Nkongolo)

As truckloads of militia drove into Tshikapa to lay down their arms, Joseph Nkongolo went to meet them. Nkongolo—Coordinator of the Service and Development Department of the Mennonite Church of Congo—spoke of militia members saying they want to re-enter civil life. “Pray for us,” they said to him, “we have done horrible things; forgive us for what we have done.”

The city of Tshikapa lies on the periphery of the Kasai region of the Democratic Republic of the Congo, an area ravaged by violence since a conflict erupted there in 2016. The conflict has hit Congolese Mennonites hard, as the Kasai region is the birthplace of the Mennonite church in the Congo. Many Mennonites in the Kasai experienced unspeakable horrors, including the massacre of family members and prolonged periods of hiding in the forest.

The militia who are now coming into Tshikapa are members of the Kamuina Nsapu rebels, one of three militias in the region. The other two, said Nkongolo, have yet to surrender their arms. In areas where they operate, many people are not able to work their fields or travel safely.

As part of the Mennonite response to the lingering crisis, Nkongolo said six Mennonites in Tshikapa are now trained to lead groups in trauma healing. He hopes this work will extend to both victims and perpetrators of violence.

Speaking by phone from Tshikapa—with translation by Rod Hollinger-Janzen of Africa Inter-Mennonite Mission—Nkongolo reported how, just the day before, a 17-year-old ex-rebel had come to the church where Nkongolo was.

Many others come seeking help as well. The church is “inundated” with requests. Nkongolo spoke of a group of women who had come to the church the day we talked. They were part of a new wave of displaced people. In addition to the hundreds of thousands who fled villages for larger cities like Tshikapa, thousands who originally fled to neighbouring Angola have now been evicted from that country and are arriving in places like Tshikapa.

“We have very limited means,” said Nkongolo, “but with the means that we have we are trying to help the people who are there.”

Congolese Mennonite churches are working in partnership with a coalition of Mennonite organizations, including Mennonite Central Committee (MCC), to address the needs of displaced people. The work focuses on material aid as well as trauma healing. Nkongolo and his colleagues are also involved with income-generation projects—including animal raising—and a literacy initiative carried out jointly by the three Mennonite groups in the Congo.

When asked how the church deals with the horrors and ongoing suffering, Nkongolo said, “The church sympathizes with people in their suffering.” He noted two parts to that: material aid and prayer.

He emphasized the significance of the Mennonite church handing out aid “without discrimination,” in contrast to some other groups. The Kasai crisis heightened tensions between various ethnic groups, and the demonstrated impartiality of the Mennonites attracted people to the church, said Nkongolo.

He also emphasized the need for help from partners. “We need others who can help us do this work.”

Francisca Ibanda echoed that. Based in the Congo, she is the Mennonite World Conference regional representative for Central/West Africa. Via email, she said: “My message to the churches of Canada is to continue supporting us through your prayers, and to relieve, even if just a bit, the suffering. . . . My hope is that our brothers, sisters in Canada and the U.S. can also become knowledgeable about the problems in the Congo in order to better direct their prayers.”

Amid the overwhelming need, the surrender of the Kamuina Nsapu is a “real sign of hope for the country,” said Nkongolo. “If all of the militias can follow through and lay down their arms . . . then our roads can be safe, our homes can be safe, and we can have a new start.”

When asked what he would say if he found himself in a Canadian Mennonite church, Nkongolo hesitated, then, his voice brimming with emotion, said: “What I am just completely overwhelmed by is that people who have never met us—people who have never seen us—they hear about what is happening and they care enough to give, to help. [I] just thank people for the love that they have for the people of Congo.”

César Garcia, general secretary of Mennonite World Conference, commented on how the broader Mennonite church can support Congolese Mennonites: “Walking together is crucial. . . . praying together, sharing burdens, sending financial support, letting them know—through social media for example—that we think about them, pray for them and stand with them. . . . [G]lobal support of the body of Christ gives real hope to overcome suffering.” 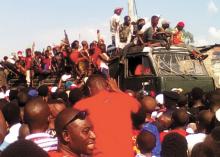 Militia members enter the Congolese city of Tshikapa in a truck to lay down their arms on January 29. (Photo by Joseph Nkongolo) 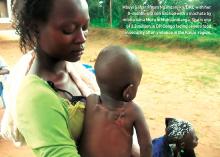 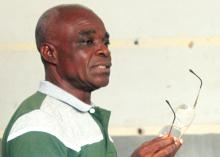 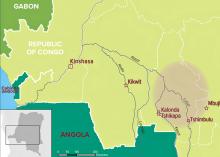