Generous love amid war in DRC 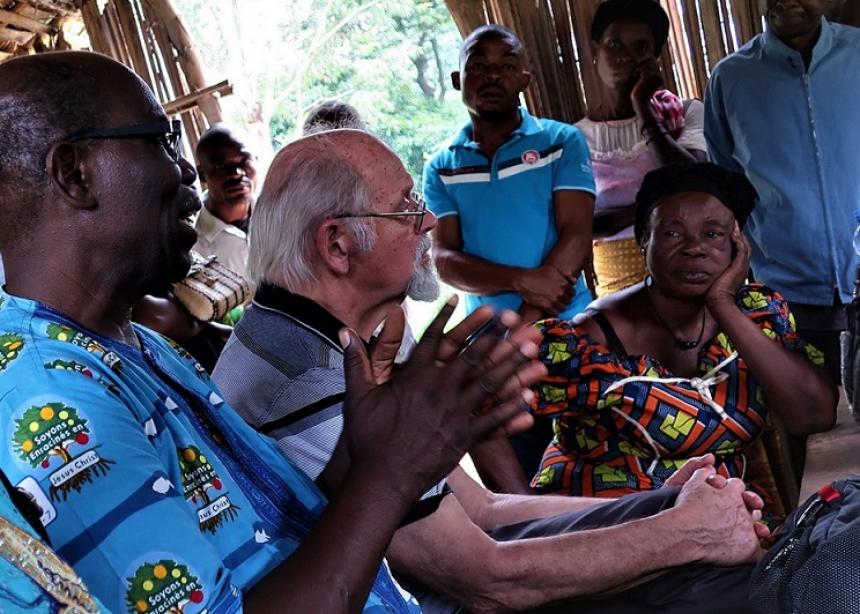 Loving the generous people of the Democratic Republic of Congo is not difficult, but evil happening in the rural Kasai region of that lush country is hard to comprehend.

In December 2017, survivors of civil war there told a delegation from the Mennonite World Conference (MWC) Deacons Commission of surprise attacks on their villages from marauding militia. With guns or knives, these groups slaughtered men and boys and those associated in any way with the government.

Victims died in front of their own families, in front of women and children who themselves might be assaulted or killed. Villages lie in ruins; thousands have fled on foot. Traumatized survivors have lost everything: property, family, community. Some bear scars of torture. Most will never go back to their birthplace.

I was part of the delegation making that pastoral visit, and returned home with gratitude for Congolese Mennonites who received us with generosity and love despite their suffering.

In a country with overwhelming economic and political challenges, Mennonites fill houses of worship with exuberant song and a hopeful message of reconciliation. Through a project called Operation Good Samaritan, we saw Mennonites in the cities of Kikwit and Kinshasa caring for displaced persons from any tribe, in a nation where it is common to care only for your own kin.

One group of traumatized survivors met our delegation at Église Frères Mennonites Nouvelle Jerusalem in Kikwit. The agony of stories they told made me long for fulfillment of John’s vision: “God himself will be with them, he will wipe every tear from their eyes. Death will be no more” (Revelation 21).

Causes of the mayhem in parts of the Congo include struggle to control diamond or gold mines, tribal rivalry, political rebellion, foreign intervention and criminal activity. People fleeing the upheaval frequently endure weeks or months of danger travelling hundreds of kilometres to Kikwit or other cities. Women give birth during the dangerous trek to safety.

Mennonite Central Committee and other Anabaptist organizations are responding to the crisis in the Congo, and MWC helped coordinate conversations between the various agencies. We met an exhausted Congolese Mennonite medical doctor caring for displaced persons at Kikwit, who told how difficult or impossible it is to acquire essential medical supplies.

There are more than 400 tribes in the Congo, and this creates tension even for some Anabaptists. But the inclusive love we saw at Kikwit is a model for the global church.

Francisca Ibanda of Kinshasa, MWC’s regional representative for West Africa, said, “It’s not a problem to have tribes, because in Christ tribes can work together. We can love even those from tribes who are supposed to be our enemies.” 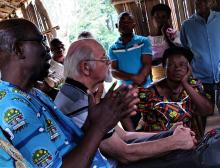