The benefits of a hamlet 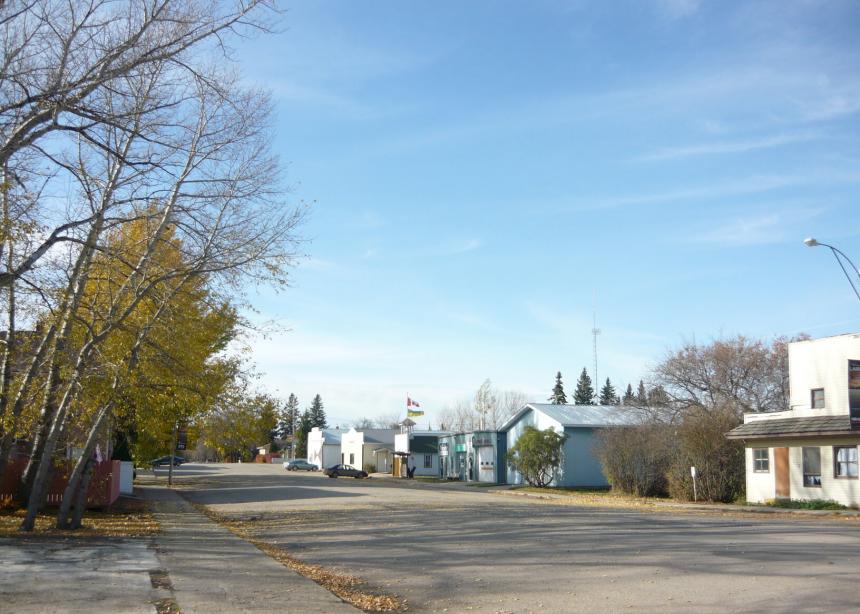 Someone suggested I apply for a pastoral position in a church in a large Canadian city. My ego liked that quite a lot. Then I gave it some thought.

The whimsical welding project that has mostly held me in thrall this summer is created with metal salvaged from oilfield leftovers. In my zeal to recycle rods that have been slowly sinking into tall grass, deeply pitted from rust, I chain the 25-foot sections behind my ATV and take them for a brisk two-mile run down a gravel road. Neighbours grin, wave, and count me as clever, I’m pretty sure. Do large Canadian cities have gravel roads? Would I still be measured as clever?

There’s a thing going through its second year here in Laird, Sask., where young boys recycle old lawn mower tractors and use them to “terrorize” our hamlet, in bunches or singly. A dad from down the street came by. He had a small engine from a snow blower, with handlebar and wheels. Could I design and build a hitch so it could tow a wagon? Shortly thereafter, Holly reported sighting this contraption, loaded with boys, racing down main street at its top speed of about .8 km/h, while cars patiently steered around it.

I have not yet had my turn, which I assume I am owed given my investment. Could I cruise in the midst of equally patient traffic in a large Canadian city?

A few years ago, as I was on my driveway building something, a grade 5 class walked up my street. It was June, when no one wants to be in school. They were on a nature hike. I heard a voice say, “Mr. Harris, can I go say hi to my Opa?” Mr. Harris replied, “Let’s all go say hi to Opa!” My table was quickly surrounded by students, commenting on my work, offering suggestions, asking questions, needing demonstrations. A girl observed, “You have a lot of holes in your shirt!” Another shushed her, “That’s rude!” A large Canadian city would need to offer those kinds of days.

The local general store is also the post office. On getting the mail one day, we found a small bag in our box, with a few coins and a note. “You bought bananas and right after that we lowered the price. Here’s the difference.” The change counted out to $1.63. Would large Canadian city box stores show that kind of scrupulous concern for its customers?

An extended family member who lives in our town has spent a number of months in hospital. As we check out their residence, do summer chores and some repairs, a neighbour from across the street appears. “How can I help?” I offer a suggestion, and although he is a professional person with an agenda to attend to, he is there immediately, tools in hand. His children show up on the weekend to cut the grass. How would this story be told in a large Canadian city?

There are, I assume, both plus and minus points to living in a hamlet, where everyone knows everyone’s business. Small pre-tractor-aged boys and girls pedal or run down the street, wave and shout greetings. Adults stop by to see what’s on my welding table, to anxiously discuss the drought, to talk proudly about a son who will play junior football a few provinces over. They worry about whether he will be okay, this being his first time away from home. Other neighbours offer garden produce or cinnamon buns. The woman at the insurance agency is excited that I have a 57-year-old truck under repair.

The ebb and flow of Laird becomes a place to experience wholesome community. As I delight in the many upsides, as I feel the sense of healthy spirituality, as I sense the simple determination to live well together, it is something about God.

Read more In the Image columns:
The pack of smokes on my mantel
A pretty big leap for Arthur
A sign of the presence of God
Saying goodbye, then hello again
A precious gift 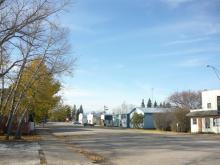 Human beings are good at community. I believe it's part of the image of God in us all. We do it everywhere we live. Surely the flavour of various communities will differ, and I cannot offer you the particular joys of a gravel road, just as you can't offer me the convenience of a subway or skytrain. But it feels like an odd or even deliberate misunderstanding to focus on the delights of wholesome community, healthy spirituality and a determination to live well together as if that's the thing that would be lacking in large Canadian city. As a lifelong resident of various Large Canadian Cities, let me tell you about my community.

We all think very highly of the clever neighbour who built a candy catapult for socially distanced trick-or-treating in 2020, and my kids spent much of this September and October in suspense, anticipating and wondering if they'd use it again this year. They did!

I recently joined my grade 3 kid's class to go for a walk around the local park. We passed a gas station where a relative of a student was filling up. The relative spontaneously decided to join us for an hour in the park.

My kids enjoy stopping at the local deli on the walk home from school to buy treats. This week I stayed outside with my youngest, and trusted that my 8- and 10-year-olds could manage themselves in the store, with help from the staff who know them by name. When my kids emerged, they told me that they had tried to pool their money to buy a bigger treat, but they had forgotten that tax would be added and came up short. The staff decided to lower the price by a dollar for them. I was not surprised to hear this, as this is the way of things in our Large Canadian City.

A familiar face in our neighbourhood is Mr. Siu and his little dog Toto, who are both elderly and slow-moving but utterly dedicated walkers. One day I noticed that Mr. Siu seemed to be walking much slower and in pain. I tried to offer help, to call someone for him, but he stubbornly refused any assistance. I walked a ways up the block and discretely stopped to "check my phone" as I kept an eye on him to make sure he made it home. A neighbour I didn't know by name came along and made questioning eye contact. I shared my concern for Mr Siu, and she told me she would walk four blocks extra with her toddler to stop by the store where his wife works to tell her he needed help. We exchanged phone numbers and she promised to text me when she knew he was okay. I stayed long enough to see Mr. Siu safely take a seat on his front steps, and then was relieved to receive a text that his wife was on her way.

Everything I've mentioned here is just from the past 6 weeks in my Large Canadian City neighbourhood, a place where I've only lived for 4 years. I could go on about the gardening and tinkering and baking skills that are shared up and down our street, all the lawn-mowing or leaf-raking or snow-shovelling that neighbours do for one another without comment, or all the neighbourhood dogs who deliberately take walks past our house because they know my kids have a stash of sticks to throw for them. But I'll leave you with my personal favourite story of the night I knew we were officially settled in here: I love astronomy and I love to invite neighbours to see the sights through my telescope. On the night of a lunar eclipse, I set up my telescope on my back deck as usual, and I was feeling regret that I had forgotten to invite neighbours earlier in the day as I usually do. But I had not to fear, at 10:00PM that night some neighbours simply walked into my dark back yard knowing that they'd be warmly welcomed to take a look through my telescope.