As part of Canadian Mennonite's 25th anniversary issue, former reporter Aiden Enns remembers the prototype issue and how he was shaped by his time at the magazine 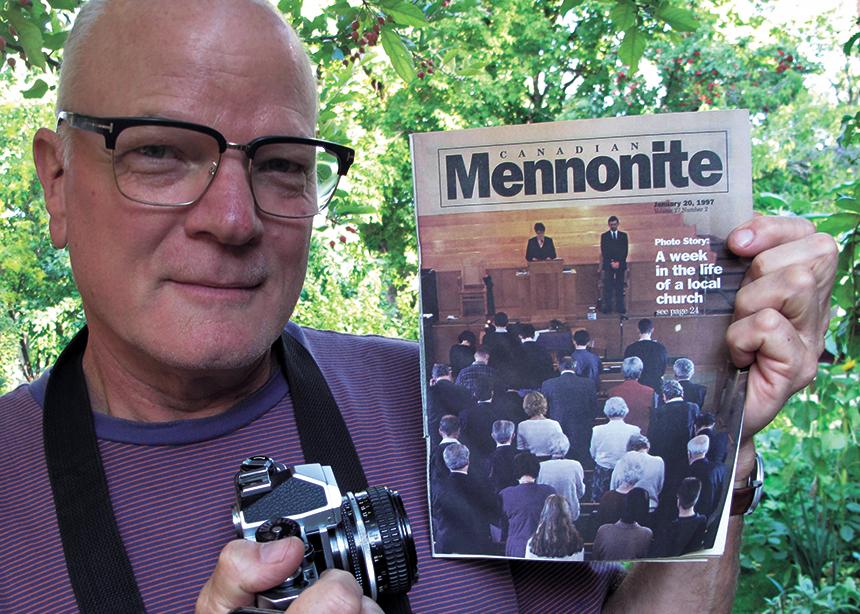 A photograph I took dominated the cover of the first issue of Canadian Mennonite 25 years ago. I took it on a Sunday morning, with the camera propped on the ledge of an empty balcony, overlooking the backs of people standing in prayer in a small church in a farming community half an hour outside of Winnipeg.

I was famous! I had a full-page photo on the cover of a magazine. Three more pages of photos served as a visual essay inside the magazine: “A week in the life of a local church.”

At the time, I was an aspiring photographer. I was working as the provincial correspondent for the Mennonite Reporter, writing, assigning and editing stories about congregational life in Manitoba.

Editor Ron Rempel, in Waterloo, and the board of directors were deep into talks about merging their bi-weekly church newspaper with the publications from the Conference of Mennonites in Canada, then edited by Roma Quapp.

Turns out, that edition of the magazine was a just a prototype; the actual first issue came out months later, with a different cover photo. But my cover and photo essay gave me a big opportunity to explore and expand my aspirations. I took several rolls of film, selected prints, wrote captions and sent a thick courier package to Waterloo for editing and publication.

Why am I even telling this story? Because, when I look back at my years working with the Mennonite Reporter (1992-97) and Canadian Mennonite (1997-2000), I realize it helped shape my vocation and even my character.

As a national correspondent I interviewed top leaders on the merger between the General Conference Mennonite Church and the Mennonite Church, which would become the new Mennonite Church Canada and MC U.S.A. This may sound dry and institutional to some readers but, at the time, this was my whole world. At best, I was a vessel, used by God, to seek out and report on the good news of the Christian church.

I had many other opportunities to explore topics such as Indigenous-settler relations, support for Anabaptist families with LGBTQ+ children, and other social justice issues.

Always doubting my credentials as a journalist, I went back to university for a degree in journalism. I discovered that Canadian Mennonite, and early mentors, like Wilma Derksen, Brenda Suderman and John Longhurst in Manitoba, and Margaret Loewen Reimer, Ron Rempel and Tim Dyck in Ontario, had prepared me well for my future endeavours as a writer, editor and creative director, for which I am so very grateful. 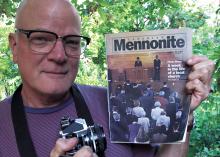 Thanks for the memories, Aiden. Long time no see, read or hear. TOO long!