A culture of peace 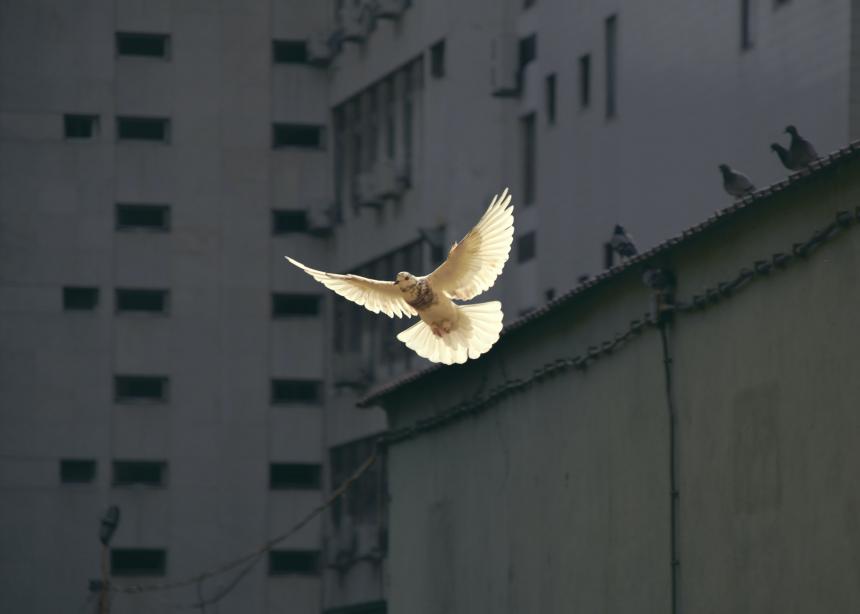 The very day that Russia sent tanks across the Ukrainian border, a book on nonviolence arrived at my door. Sometimes I wonder if God does that sort of thing intentionally.

As an advocate of nonviolence, I have been queried frequently about what can be done about this war. The challenge is whether one can say anything new and practical under the sun. Or is there just a time to kill and then later maybe a time to heal, weep and mourn? That is, is there a time for war and a time for peace?

Those statements come from Ecclesiastes, perhaps the most existentially confusing book in our collection of sacred Scriptures. I like the Bible because it does not have simple answers. The writer of Ecclesiastes struggles not only with faith, but with practice.

I have no experience of war. I have faint experience of nonviolent practices to de-escalate dangerous situations. But the scale between working with a raging young offender and countering tanks and missiles is so disproportionate that I hesitate to say anything about this war.

Ten days after the invasion of Ukraine, almost a dozen of us watched a movie about nonviolent political revolutions. There are many techniques, practices and strategies for nonviolent action even in the face of brutal and persistent violence. But nonviolence isn’t always effective, some people said afterwards. Yes, and violence isn’t either!

In last month’s column, I mentioned political-science research showing nonviolent protests were more likely to succeed and have better long-term effects than violent forms of political revolution. It was serendipitous. I wasn’t expecting war in Europe to break out. Let us also remember that there is violence and war elsewhere in the world, too.

I am glad that Anabaptists have moved from being the “quiet in the land” and simple nonresistance toward active peacemaking. Christians have public responsibilities along with fidelity to Jesus-following. That makes perfect faithfulness far more difficult.

Nonviolence is not only a refusal to do harm, it actively works to create the conditions for peace, good decision-making, reconciliation, democracy, and, dare I say, shalom. Nonviolence can be obstructive—protests and work slowdowns—or constructive—building alternatives. Both help create the conditions we want. Active peacemaking does not avoid, accommodate or conceal violence.

The alternative to war and other forms of violence is to promote a “culture of peace.” The UN defines this as “a set of values, attitudes, modes of behaviour and ways of life that reject violence and prevent conflicts, by tackling their root causes to solve problems through dialogue and negotiation among individuals, groups and nations.”

Root causes: To work for justice is to work for peace. Ways of life: A culture of peace means we tell different stories about “heroism” and we focus on different parts of that complicated Bible. It undermines the temptation to use force. It means we examine our own hearts, and how power and privilege shape relations in the church and society. It means we learn better forms of communication. It means we learn new behaviour. It means we actively learn.

The first jointly produced document of the Bridgefolk Catholic-Mennonite dialogues in North America was entitled “Called to be peacemakers.” What is particularly interesting is that nonviolence is a woefully minor tradition in Catholic Christianity.

That book that arrived at my door? It was from a new nonviolence initiative promoted by the Catholic peace organization Pax Christi.

Randy Haluza-DeLay’s first published article was way back in 1996 for The Mennonite Reporter, on the varieties of pacifism.

Read more Mind and Soul columns:
CPT changed its name
On evangelization
It’s about flourishing
Reading is (mostly) good
What is learning? 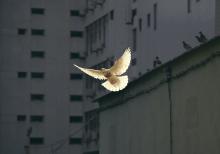 How often has the easier path been retaliation! You are right, peace is not a human tendency. It seems (as my brother-in-law says) humans are flawed. I need to take a step back and accept my own humanness! When I think about revenge, I must challenge myself to forgive and to become a little more like Jesus. It brings the Kingdom promised by Christ a bit closer. That I can do. As for war, I too have no direct experience. I will not judge.

Thought provoking. I take for granted our work in social justice through Development and Peace-Caritas Canada. Quietly sowing the seeds of peace. Among the major challenges in our world we can also do small things, like shovel walks for those who find it difficult or provide a listening ear for the alienated. Distribution of love and kindness ranks equally with food; we are way behind. Worse, we live in the half of the world whose leaders promote war in the other half to maintain political instability for the easier extraction of valuable resources. There is much to be done. One day, one person at a time.