A pretty big leap for Arthur 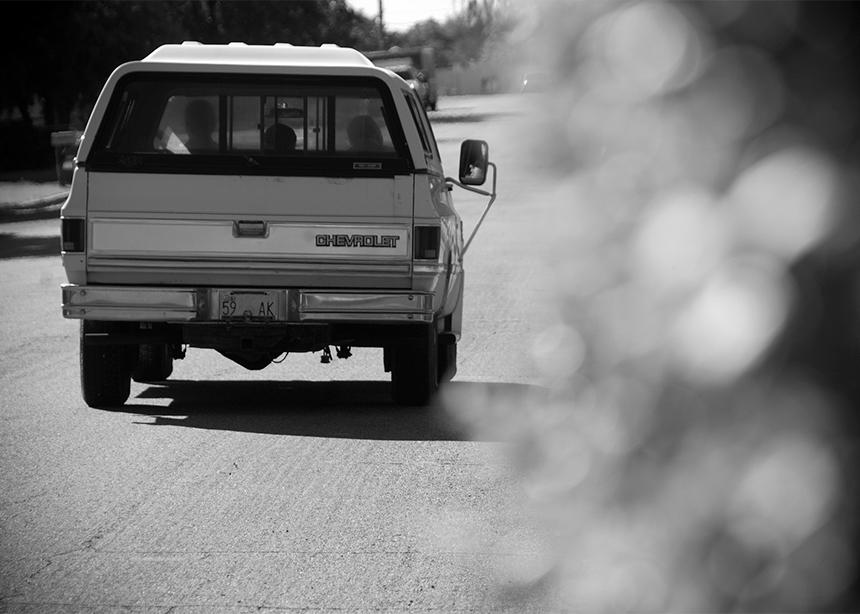 It’s Friday. I drive to Rosthern, Sask., and pull in at the Good Neighbours Food Centre, where I will spend the day volunteering. My task, besides praying before the doors are opened, is to deliver groceries to cars, and to offer relationships to everyone I encounter. It’s a good fit.

On this day, the action is a bit slow to begin with. Nadine, the director, calls me into her office. She asks if I can give “Arthur” (a pseudonym) a ride to his home community.

I have known Arthur for several decades. He would occasionally appear at Grace Mennonite Church in Prince Albert, Sask., sometimes in the middle of a service, sometimes during the week. Something, a health issue perhaps, causes Arthur to appear much like a stumbling drunk. His words are slurred, his gait awkward. He demands attention, speaks loudly, laughs often and cries equally often.

On this day, Arthur is sober. But he is in tears. He has just learned that a prominent business person in Rosthern has died, someone who was good to him. Plus, Arthur has been sick, has not been home for weeks and is hungry. “Will you grieve with me?” Arthur asks.

We sit as a hamper of food is assembled. We load his groceries into my truck and I help him into the seat. His home community is a half-hour distant.

Arthur peppers me with faith-related questions as we drive” “Do you believe that Jesus died for me?” From our history of these conversations, I sense that this direction doesn’t serve Arthur well, that he keeps circling back to his doubt, his unworthiness.

I try another thought: “Arthur, I believe that Jesus is sitting with me in this truck, that you are living the goodness of Jesus to me right now. I’m learning more about Jesus because I’m with you.”

I sense that it’s a pretty big leap for Arthur. Nothing in his simple, “Jesus died to save me from my sins” theology has pointed him towards his worthiness, his incarnate role in the Creator’s intentions.

As we drive through Arthur’s community, he points to a house. “That’s where I go to party,” he says. His leer suggests that he is trying to shock me.

We arrive at his home. The Indigenous community has recently provided a new home for Arthur and another single man. Arthur takes me on a tour. The white porcelain in the bathroom sparkles; in the kitchen a simple table is covered by a tablecloth and placemats. The small house is spotless, and Arthur is proud.

We carry his food from my truck. As I turn to leave, I hear the question, “Could you see your way to lend me $20?”

I’m not surprised. I turn him down, and he responds with dignity.

As I drive back to Rosthern, that long-ingrained response to refuse money to someone who struggles with addictions begins to chafe.

On this same day Good Neighbours Food Centre is surrounded by orange stones, painted and positioned to remind us of the children whose lives ended, now faceless, nameless, on a residential school property. It was a policy rooted in evil, but also a policy that blessed the culture in which I grew up. The fact that I have $20 in my pocket, and Arthur does not, is directly connected to that policy. I have no doubt that the afflictions Arthur lives with are connected to a residential school experience, his own or generations earlier. Do I need to acknowledge, confront and confess my own colonial attitudes?

Put another way, if I really see Arthur as the presence of Jesus in the cab of my truck, as per Matthew 25, who am I to say no to the Christ? Who am I to judge that I know better? Will I be seated on the left with the worthless goats?

Read more In the Image columns:
A sign of the presence of God
Saying goodbye, then hello again
A precious gift
We are now family
‘Our framing story’ 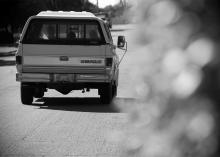