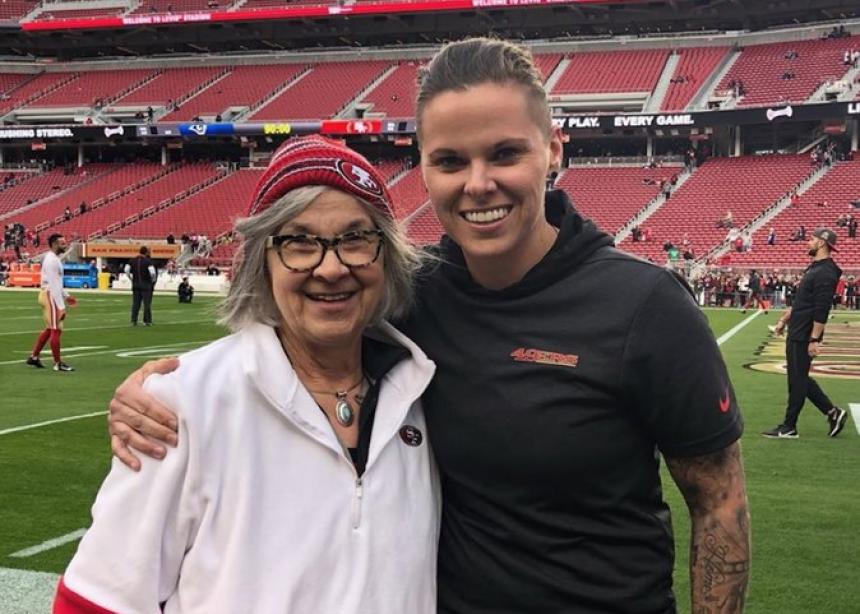 The 33-year-old is an offensive assistant coach for the San Francisco 49ers, who will face the Kansas City Chiefs on Sunday, Feb. 2 in Super Bowl LIV. She’s also an alumna of two Mennonite colleges in the U.S.: Hesston College in Kansas and Goshen College in Indiana.

In the three-minute video below, Sowers talks about her lifelong passion for football, the woman who inspired her to pursue a career in the NFL and her response to people who call her a trailblazer.

Rebecca Stoltzfus, president of Goshen College, released a statement on Wednesday saying that the college is proud of Sowers. Stoltzfus also acknowledged the barriers Sowers faced related to her sexual orientation when seeking a volunteer coaching position at the college. (You can watch Sowers talk about her experience in this interview, starting at the 5:00 mark.)

Sowers is the second woman to hold a coaching position in the NFL. She started her football career after college as a player in the Women’s Football Alliance.

“My long term goal is to be a head coach and then move on to executive management,” Sowers said in a 2016 interview with Hesston College. “It’s not a typical path, but then again, nothing about what I’m doing is typical.”

Related stories:
Evening the score
On the court and in the classroom
Hard work pays off 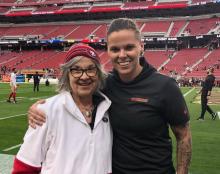