For three young people, the Canada Summer Games were a highlight of 2017 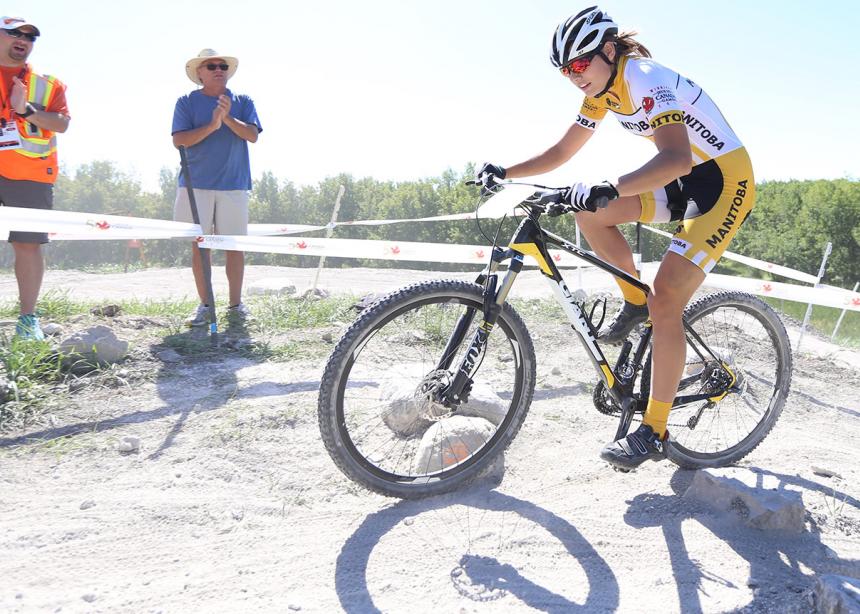 One of the biggest events in Winnipeg in recent months was the 2017 Canada Summer Games. From July 28 to Aug. 13, 2017, 4,000 young athletes from across the country competed in a variety of sports. It was the 50th anniversary of the Games, and drew an estimated 20,000 visitors to the city. Canadian Mennonite spoke with three young people from Winnipeg about their involvement.

Chloe Penner
Chloe Penner represented Manitoba in both the mountain bike and road bike competitions at the Games.

Although she finished in the middle of the pack in most of her races, the 17-year-old’s indomitable spirit was on full display: When her bike broke down during a mountain bike competition, she continued to run alongside it for four kilometres in order to finish the race.

“I was a little frustrated since I had just passed the area where you can go and get your bike fixed, but I knew I had to keep going,” said Penner, who goes to Douglas Mennonite Church.

When asked what the biggest highlight of the Games was, she responded, “I think just the experience in general of being in the athletes village with other people who are interested in sports and are committed to it,” adding that attending the nightly concerts and celebrations at the Forks, which coincided with the Games, was also a highlight.

Penner, who has been cycling for 10 years, joined Manitoba’s provincial team in 2014. She and her fellow Team Manitoba cyclists trained two hours a day at least five days a week in preparation for the Games.

Although she isn’t sure what comes next in her competitive career, Penner plans to keep cycling. “I like the competition, and how even though it’s an individual sport, it’s also a team sport because you do work together and practise together,” she said.

Thomas Friesen
Thomas Friesen took a break from his studies at Canadian Mennonite University (CMU) during the 2016-17 school year to work for the Canada Summer Games Host Society, so, for him, the Games were the culmination of a year’s worth of planning and preparation.

In addition to coordinating the venues and volunteers for the volleyball, golf, basketball and triathlon events, his work involved producing the content that was broadcast over the public-address systems.

One of the 23-year-old’s biggest highlights was when a basketball player broke a backboard while warming up before a game. Just days earlier, he had sat his team of volunteers down and instructed them on what to do during such an event. By the time he arrived on the scene, he found the volunteers calmly and confidently cleaning up the shattered backboard and moving the game to the next court. In the end, the delay only lasted 25 minutes.

“It affirmed all of the hours I sat down at my desk thinking about these things,” he said. “That definitely was an incredible feeling, to see our work come to fruition.”

Organizers can’t stress enough how thankful they were for the 6,000 volunteers who helped out. “The Games are delivered by the volunteers,” Friesen said. “It was awesome.”

Evelyn Kampen
A CMU alumna who spent 2012-14 playing volleyball professionally in Germany and Denmark, Evelyn Kampen was selected this past spring to be an assistant coach with Manitoba’s 18-and-under girls provincial volleyball team.

The team defeated Ontario 3-1 in the semifinals before moving on to the finals. They earned gold at the finals after beating Alberta 3-1 in front of a sellout crowd of more than 3,000 at Investors Group Athletic Centre at the University of Manitoba.

“I don’t think we went in expecting we would win,” said Kampen, 27, who attends Bethel Mennonite Church. “Each game was a pleasant surprise that we’d gotten further and further. . . . We have a lot of talent on our roster.”

Participating in the Games contributed to Kampen’s development as a coach.

“Learning about the game strategy was good for me as far as development for the future,” she said, adding that head coach Josh Thordarson is talented at recognizing athletes’ strengths and using them at the right times. “I also learned that team chemistry is really important. Our team got along really well. There were good vibes between everybody.”

It was amazing to win gold, Kampen said, and it felt good being a citizen of the host city. “I think [Winnipeg] represented well and people enjoyed it here,” she said. “It made me a proud Winnipegger.” 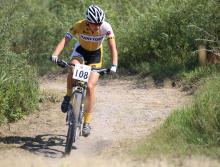