Watch: 'You need to try out,' coaches sing 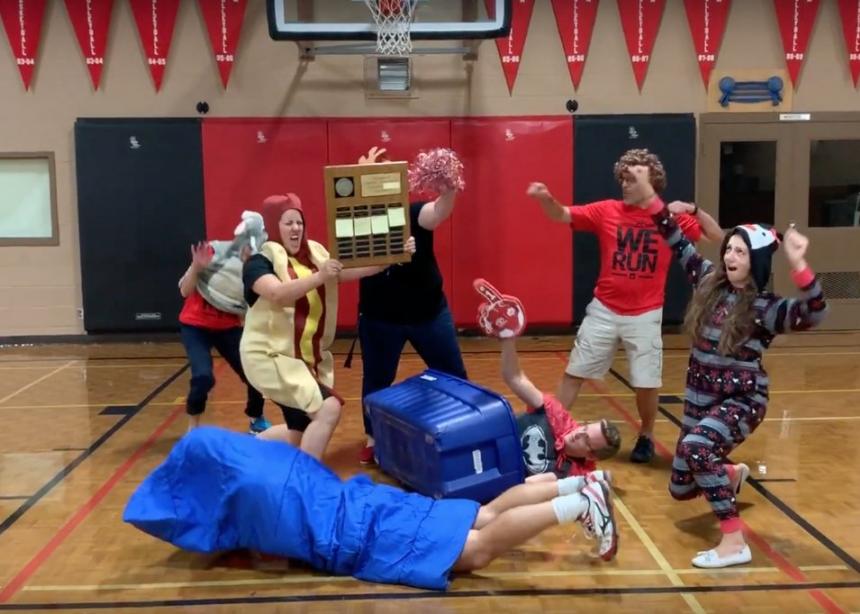 Coaches at the Kitchener school showed their parody of Swift’s Grammy-nominated hit, titled “You Need to Try Out,” during the school’s opening assembly in early September.

In the three-minute video, Rockway coaches extol the virtues of trying out for team sports while presenting their own spin on memes from popular TV shows and movies.

According to Rockway phys-ed teacher Lindsay Shantz, “You Need to Try Out” is the latest in a line of videos coaches at the school have created annually to promote team tryouts.

The goal, Shantz says, is to show that playing team sports is fun.

“We’re a small school and we need everyone to play everything,” says Shantz, who coaches volleyball and basketball. “We’re athletes, and we like to show that if we can get out of our comfort zone and do something musical, maybe some of the musical people will come try out for sports.”

It’s worth spending some time exploring Rockway’s YouTube channel, which showcases the creativity of staff and students alike.

Take, for example, the video that Rockway staff created for the school’s 2017 Christmas banquet. The Carpool Karaoke-style clip was filmed in the school’s van, and features 44 people lip syncing classic Christmas songs.