We are now family 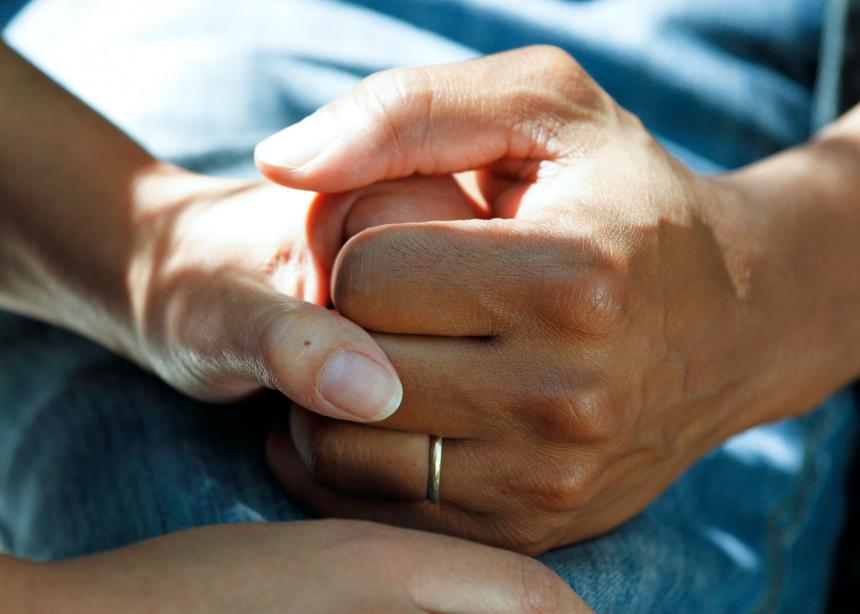 'Anne was there from early morning until late afternoon. I made an observation about her obvious devotion to Bill...' (Photo by National Cancer Institute/Unsplash)

Some years ago, the person who shares my life experienced a blip in her physical well-being. This resulted in Holly spending several days in hospital.

One result of that experience was encountering a couple whom we will call “Bill” and “Anne.” They are, I suppose, about our age, which slots them into their seventh decade. While trimming trees in their backyard, Bill fell off a short ladder and sustained a severe brain injury. Bill shared a hospital room with Holly.

Although it was but a short overlap, we could not help take note of Anne’s presence. The room was large, so we were not crowded together, and Anne was there from early morning until late afternoon. At one point, I made an observation about her obvious devotion to Bill, and she turned to me, her eyes filling with tears.

The story of Bill’s accident rolled out, each painful detail re-experienced. As Anne talked, she ministered constantly to him. His face muscles were gently massaged. A small device, tuned to music, lay on the pillow near his ear. A sponge ball was placed in his hand; with Anne’s hand over his, Bill’s fingers were squeezed against the resistance again and again. Her arms were around his head as she kissed him over and over.

“They’re probably going to send him to long-term care soon,” she said. “I’m still negotiating with them where that might be. But I’m still hoping that I can take Bill home eventually and look after him myself. The kids tell me I’m crazy: How much energy do I think I have? But if I get exhausted and end up in bed with Bill, that’s not so bad. That’s really where I want to be. And there will be supports if we can make that happen.”

In my years of ministry, I have officiated at a number of weddings. Possibly a third of those marriage contracts have ended. I wonder how those statistics might have been impacted if I could have somehow introduced those couples to the image of Anne and Bill. If I could have presented a story—a picture—of Anne’s commitment to her broken Bill, hugging, teasing, cajoling and weeping. I had never seen a more powerful understanding of “for better or for worse.”

Stories kept coming of who Bill is in their community, in their family. The tense used was always in the present, never the past.

Anne showed the remarkable ability to ground herself, one foot firmly in reality, the other, equally firmly, in hope. There would be the hard reality of who Bill becomes in the future, how they would live, who they might be to each other. There was also the hope that the limitations that defined Bill at this moment might not as firmly dictate his abilities down the road. Anne was determined to offer the strongest energy at her command to move Bill toward the best hope.

Bill sat in his chair, moaning, his breathing uncomfortably mixed with liquid gurgling sounds. Anne simply sat and loved him. When she turned to us in conversation, Bill was included, receiving the respect and the importance of his presence. She adjusted the angle of his headrest, then pushed back his dangling legs with her own, challenging him to push back.

I was witness to the love of God. I was invited into the best that one human can offer another. Commitment is a holy thing.

Anne informed me that most of her family, friends and home community are connected to her through her phone. She was texting daily updates, encouraging signs, frustrations, weariness, hope. I asked if we could be added. We are now family.

Read more In the Image columns:
‘Our framing story’
The kingdom of heaven now
'Touch the hem of her cloak'
Two ‘rough’ men and a gravel hauler
Two stories clamour to be shared

'Anne was there from early morning until late afternoon. I made an observation about her obvious devotion to Bill...' (Photo by National Cancer Institute/Unsplash)

Thank you, Ed, for this deeply moving and profoundly meaningful article.