‘Touch the hem of her cloak’ 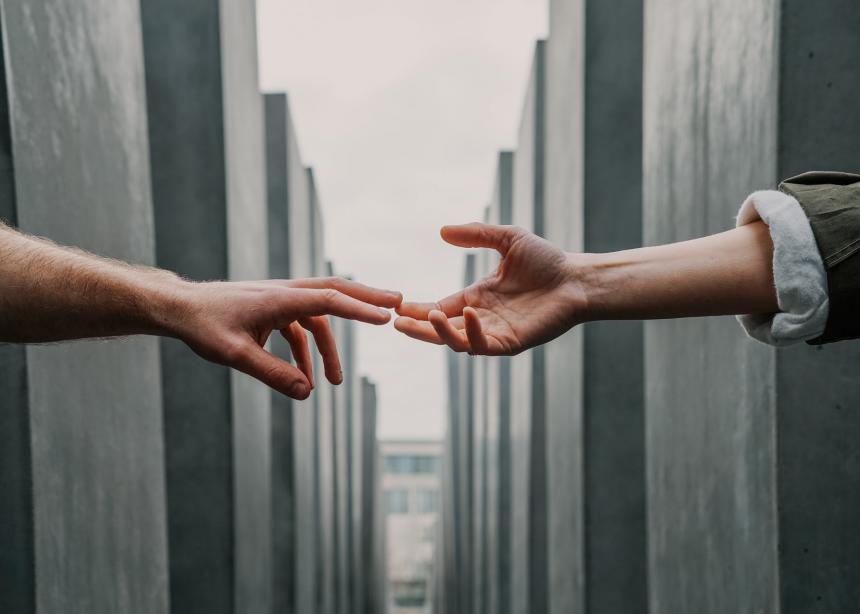 I have a friend. Her name is Samantha (a pseudonym).

I called Samantha last night and invited her to a church service next Sunday. It will be an Eternity service, during which candles are lit for those in our lives who have died. Samantha assured me she would be there.

Samantha is a widow. Her husband Rex (a pseudonym) was a core member of our Circle of Support and Accountability. His history was extremely difficult. When he was released from incarceration, his picture appeared in the media and on posters everywhere. He was deemed an untreated sex offender.

Samantha appeared in Rex’s life sometime after that. She seemed confused and intimidated with this strange support group that gathered around Rex. Samantha, who struggles from depression and addictions, was threatened by our presence.

Rex and Samantha married and they pulled away from the support group. Addictions mixed with violence, and Rex spent another year incarcerated. But Samantha was determined. She was waiting when he again emerged, and they creatively found a new way to make their relationship work.

Then Rex, never in robust health, died. About four years ago, we held a funeral. Samantha revelled in the warm stories told and shared many of her own. In a difficult life that has held more than its share of hard stories, Rex’s warmth and charm had captured her heart. No one had ever made her feel so special.

This fall, Samantha asked whether we could hold a burial service. She had finally saved up enough money to fund a bronze plaque to lay on Rex’s grave. Again, she asked for our warm stories of Rex. Again, tears and laughter mixed freely.

Through this complicated story, I have become a friend to Samantha. We spend time together recounting the twists and turns of life, and the awe to be found within that. We laugh. We move furniture a lot.

You see, Samantha has a profound gift for caring for dying people. Often I have heard her stoutly announce, “No one should die alone!” Samantha’s unique way to live that out is to identify people with diminishing health and minimal good options, and simply care for them. If that means moving them into her humble home in a grim little prairie village, that’s what happens.

Within a year after Rex’s death, it was an ex-boyfriend, someone with whom life had been very hard. He stayed until Samantha could no longer physically handle him. Then I got a call to help move out the couch—her last patient had not had control of bodily functions—and another couch was moved in.

In our phone conversation, Samantha told me that an older fellow nearby was needing help with cleaning and food preparation. She works at that, with very minimal financial support.

Her résumé includes years spent as a heavy equipment operator. It’s this kind of unique history that intrigues me and draws me in. Whether we move furniture or machinery, she is committed, determined and fun.

On a trip to retrieve some goods from a low-rental property where she had nursed one of her dying friends, people gathered from adjacent apartments to “touch the hem of her cloak.”

A thought recently expressed was that being faithful was not about convincing someone else of something, but rather recognizing the Christ and reacting to the awe of that encounter. Samantha offers that.

While her demons are never far away, she chooses to make a difference. When I am with her, when I note the care and respect she offers, especially to those who have limited good options, I am in the presence of Christ.

Yes, Samantha, see you next Sunday.