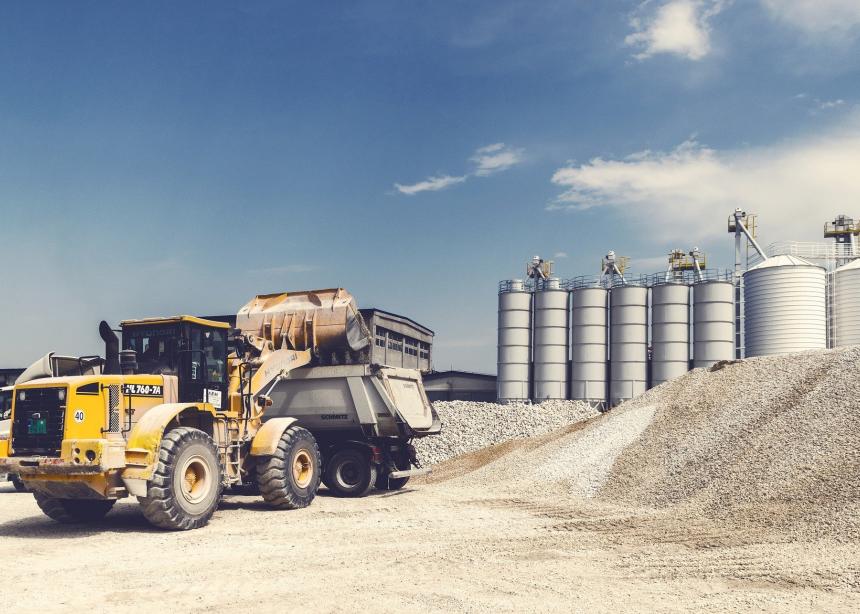 It can probably be said, with a reasonable helping of truthfulness, that the family that I was born into didn’t put big energy into teaching social niceties. Certainly we were taught respect, but “No, no, you take the biggest piece,” didn’t figure prominently. Interestingly, the family influence did model to us that people considered by the community as “rough,” perhaps “uncouth,” were especially deserving of respect and even delight. It was a fine place to be nurtured.

There was a time in my life, in the years between pastoral burnout and pastoral reengagement, that I found myself behind the wheel of a tractor-trailer unit. At one point, my job required me to haul about 700 loads of earthen fill onto a site where a huge warehouse was planned.

Some of the loads involved hauling gravel out of a pit, where municipal employees would load me, then follow me to the scale shack and print a weight ticket. In many two-minute conversations I became acquainted with a few interesting and possibly “rough” men.

“Hank” was in his 70s. My family culture, besides perhaps being a little short on “nicety” training, taught that operating heavy equipment well is a virtue somewhat aligned with godliness. Hank had that gift. When Hank loaded my trailer, the loader never hurried or travelled very far. It didn’t smoke, or bounce up and down impatiently, as when others operated it. Yet Hank loaded me faster then anyone else. A cigarette drooped from his lip, and he often appeared to be mostly asleep, yet work was done smoothly, efficiently and with minimal drama.

During the short wait in the shack for the scale ticket, I got incremental glimpses of Hank’s life. When I asked him if he was close to retirement, I sensed fear. With an angry oath, he shouted, “What would I do if I wasn’t working?” I heard, “Who would I be if I wasn’t working?”

When my end gate wouldn’t close because of a pebble in the hinge, Hank gently squeezed it closed with the loader without leaving a mark.

Jim was also a member of the municipal crew. From his visage, twisted into a scowl, I immediately concluded he had depression. This seemed to be confirmed when I asked for a piece of rope to tie up a broken fender, and he shouted angrily at me. But over weeks of those tiny conversations, I was offered glimpses of Jim’s life. He was a musician who sang and played a 12-string guitar. He referred to an industrial accident that had crushed him, and at once I glimpsed something asymmetrical about his face. “Brain injury” flashed through my mind. Our family knows something about brain injuries, of uncontrolled bursts of frustration.

Jim told me that, following his accident, he lost his memory of hundreds of songs that he could play, as well as the ability to read music well. One day, I told him that I would be shutting down a little early as I had a ticket to a Leonard Cohen concert in Saskatoon. He bounced in his chair. More colourful epithets, then Jim shouted that he loved Cohen’s music. “I had a song at my house called ‘The Secret Chord,’ and I loved it, but it’s lost, I don’t know where it is!” Jim was vibrating, emotional, close to tears.

That evening, I phoned my eldest. She quickly identified “The Secret Chord” as Cohen’s hit, “Hallelujah.” Shortly after, the words, music and a guitar score rolled from my printer.

Jim’s morose and crooked face broke into a huge grin when I handed him the sheets. “Yes,” he promised, whatever it would take, he would learn to play “The Secret Chord” again.

God’s presence is offered through the stories and trust of two “rough” men.