Two stories clamour to be shared 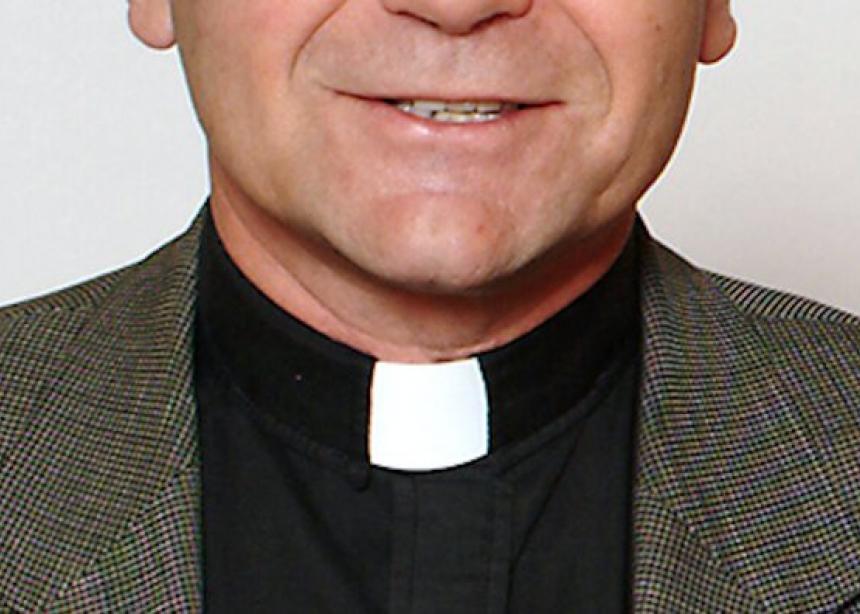 'We learned that he had become a priest...'

The first story is as recent as a week ago last Sunday. As I stood to sing a somewhat familiar hymn in the morning worship service, the words came off the page to grasp my attention with unusual urgency. The song was “There’s A Wideness In God’s Mercy,” and the verse that snared me was the third. “But we make God’s love too narrow / by false limits of our own / and we magnify its strictness / with a zeal God will not own.”

As the song ended, my friend “Jim,” an incarcerated “lifer” out on a pass, leaned over and spoke quite audibly, “Next time somebody gives me a dirty look when I’m outside having a smoke, I’ll point them to this song!”

It was the highlight of my morning worship. I giggled for quite some time, while also being reminded that the words we sing shape us and sometimes convict us.

The second story has its roots in my childhood years. From grade two to seven, I attended school in the tiny village of Superb, in west central Saskatchewan. There was a smattering of German Mennonite families farming in the area, though we were a minority in school. Another family I remember well were the Zimmers, who, like us, had a large family. The ages of the Zimmer children roughly matched our own. Zimmers were also of German descent. We built tree forts together, played soccer, tried out cusswords, smoked rolled up newsprint and indulged in general low-key mayhem in those formative years.

One thing we didn’t do was socialize outside of school. The Zimmers were Roman Catholic. Thinking of the day demanded that this be viewed with some suspicion. On Sunday, as I stood with siblings and cousins in the dusty yard of Superb Mennonite Church, waiting to enter the sanctuary, I would often see the crowded Zimmer station wagon rumble by, hissing out stones on the gravel road. They also were on their way to church, the Catholic church at the town down the road. And while we might give them a careful wave, somewhere in our thoughts lay the thought, “Why don’t they go to a real church?”

As the years went by, the oldest Zimmer boy, Glenn, disappeared into the Catholic education system. When he emerged, years later, we learned that he had become a priest. For some reason, it was important to me to maintain a relationship with Glenn. He was, after all, a fine fellow. Somehow, spiritual differences grew small as friendship developed. The time came when Glenn was invited to share a sermon at Superb Mennonite. I clearly recall his first comment, delivered with some urgency. Glenn took us back to those years of the crowded Zimmer car motoring past the yard full of Mennonites and the thought he used to have, “Why don’t they go to a real church?” And then Glenn offered a heartfelt apology.

After the service, I couldn’t make my way to Glenn fast enough to return the apology. In the years that followed, Glenn became a significant mentor and encourager, someone who impacted my vocational choices. If God was really as compassionate as Glenn described at my cousin’s funeral, I needed to go there.

We often miss glimpses of God because of our narrow assumptions. We hold desperately to theologies that put limits on where and how those glimpses might be experienced. We picture heaven as a predictable enclave that reflects God to be exactly as we imagine. We sweep the richness of mystery and surprise and inclusion under the rug.

“But we make God’s love too narrow by false limits of our own, and we magnify its strictness with a zeal God will not own.”

Ed Olfert (p2pheo@sasktel.net) believes the words we sing shape us.

'We learned that he had become a priest...'

Ed is the current pastor of Grace Mennonite Church in Prince Albert SK
During the strict corona virus lockdown here in Nashville TN during Mar-July I would spend Sunday mornings viewing online services from my local Lutheran Church in Mount Juliet TN,Grace Chapel in Franklin and then my Mon would forward the Sunday message from Ed Olfert in Prince Albert SK .
Somehow amidst the excellent sermons and messageS of faith hope love of these southern
churches ,Ed had a way of sharing a message through a story or childhood memory of some one in an event that had moved him ,and shared it in a way that moved everyone reading it .The message was the story ,and the story was the message .....to me it was amazing .
It was the last sermon i received on Sunday’s and by far the best and my favorite !!!
Thx Ed and I the words of Robert DeNiro to Billy Crystal in the movie Analyze This .......
You’ve Got A Gift My Friend !!!!

Your use of the quotation, “But we make God’s love too narrow by false limits of our own, and we magnify its strictness with a zeal God will not own” within the context of your article makes me uneasy. I'm wondering if your view of salvation falls in line with Universalism—the idea that God will eventually save everyone. Would you mind clarifying your position on that?

Hi, Elaine, thank you for your question. You raise the topic of Universalism. That’s not a concept that I get too involved in, as it calls me into a judgmental place and takes away my joy. Salvation is a lifelong journey offered to all of creation. I am honoured when my road runs alongside yours and I can learn from you. As well as my “lifer” friend, who points me toward humility, humour, acceptance, and the role that our hymns place in my salvation.

Ed, your ambiguity leads me to believe that you may not be straight with your people regarding the truth of the limits of God's mercy. Are you teaching and preaching the whole counsel of God, including the message that without repentance and faith in the Lord Jesus Christ, there is no hope of eternal life with Him? Are you telling them of the horrible consequences of rejecting Jesus Christ and what He accomplished for us on the cross? And that those consequences will land them into the lake of fire if there is no turning to God for His grace and mercy, the limits of which He so clearly describes in Scripture?

I understand that these things are not a popular topic in Mennonite Church Canada, but they are oh, so necessary! I just pray that there is a still a remnant in this church that teaches on those things, but for whatever reason, choose to remain silent here.