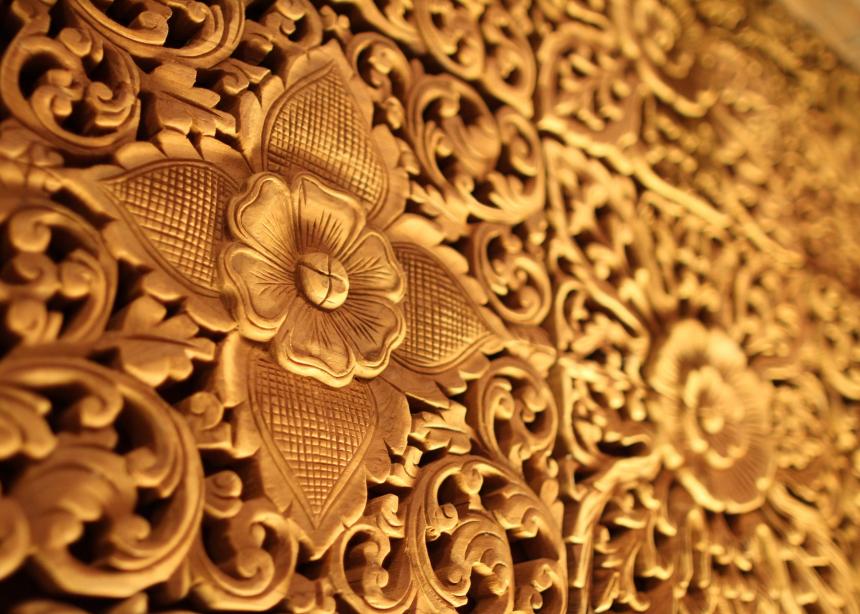 History really is unfair to the common people. In a previous column (“Becoming the enemy you hate,” April 18, page 13), I noted that Solomon essentially enslaved 153,600 men in order to build God’s temple, emulating the oppressor Israel had once longed to be liberated from.

One chapter later, in II Chronicles 3, the text credits Solomon for the construction of the building, almost as though he single-handedly did all the work.

Sorry, Solomon, but I’m pretty sure you didn’t do all that work yourself. It’s like saying Jeff Bezos packaged my Amazon order or Elon Musk assembled my Tesla (if I could afford one).

I realize this is not unique to the Scriptures. History tends to focus on, and credit, kings and lords and those in power, while the powerless commoners, the blue-collar workers, the masses, are not acknowledged but are ignored and forgotten. And I get it, it’s a literary device, for it’s usually the powerful, the privileged and the well-positioned who are orchestrating and overseeing things, taking the risks and reaping the rewards.

Although this particular part of Israel’s story is typical, there are numerous other ways that make the Bible, and specifically the people of Israel, not so typical and, therefore, interesting. They are often an unexpected and seemingly insignificant people who didn’t begin with inherited power but enter the story and monumentally influence history.

Some of Israel’s prophets are eccentric outsiders from insignificant family lines. The twelve disciples were a ragtag group of nobodies: local fishermen, a hated tax collector, and an extremist zealot, to name a few.

The story of Christ is the best example of humble beginnings: The King of Kings born to an ostracized couple so lowly they couldn’t find adequate shelter and had to bring their baby into the world amid the stench and filth of a stable and its animals, a marked difference from the gold-laden temple that Solomon built.

The account of the building of the Temple is unfair to the underprivileged people, but maybe that’s just another way of contrasting the way that an earthly king and kingdom function, even a God-fearing holiness-seeking one, compared to God’s true upside-down kingdom way.

I can’t help but think of Jesus’ comparison: “Why do you worry about clothes? See how the lilies of the field grow. They do not labour or spin. Yet I tell you that not even Solomon in all his splendour was dressed like one of these” (Matthew 6:28-29).

Solomon forced 153,600 men to build a magnificent and glorious temple to the Lord, overlaid with pure gold and exquisite decor, and Jesus, the King of Kings, says, “Thanks, but no thanks. I think I’ll just admire this lily in the field; it’s more beautiful.”

So don’t be dazzled by the spectacular displays of unjust wealth, just go for a walk and be awed by the incomparable beauty of the natural world, God’s cathedral. You probably won’t make the history books or disrupt the Twittersphere, but such a perspective could drastically change you.

Joshua Penfold (penfoldjoshua@gmail.com) loves to marvel at the flowers blooming in his garden and the birds eating at his feeder.

Read more Tales from the Unending Story:
An honest-to-God typo
Becoming the enemy you hate
A blip in the family tree
Wrestling with fairy-tale endings
Prayer and lasting