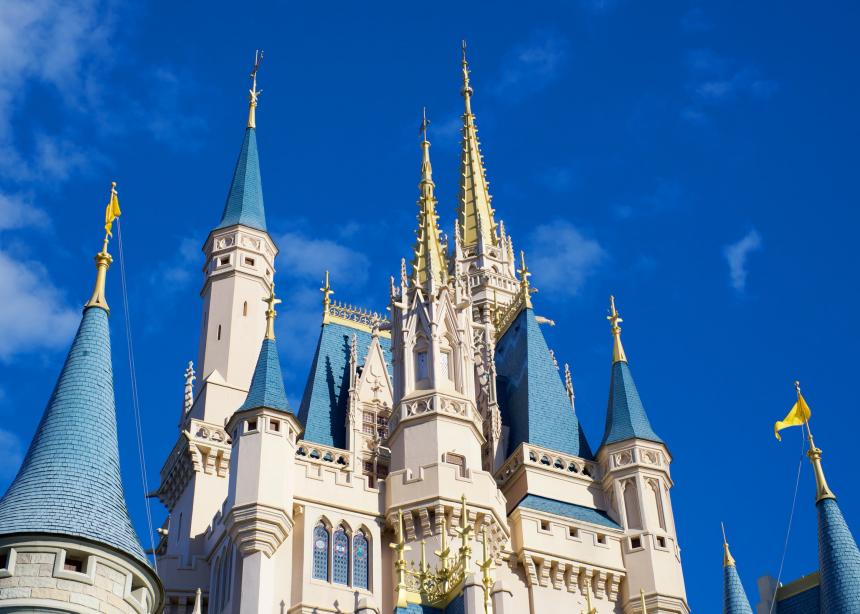 I have a mental list of Disney movies I wish would end differently, movies that might actually pack a better punch if they didn’t have the fairy-tale ending where everything resolves perfectly with a pretty happily-ever-after bow on top.

I don’t like how Mary Poppins Returns ends. The Banks family is losing their house because they can’t provide the proper documentation and, just as Michael Banks is leaving the bank, he turns to Wilkins and says, holding his children close to him, “Take the house, go ahead, I have everything I need right here.”

Bam! Wouldn’t that be a powerful ending? Tragic? Yes. Unjust? Yes. Unfulfilling? Yes. But it would be a heart-wrenchingly beautiful picture contrasting the value of family over possession, of relationship over wealth. Oh, it would have been beautiful.

But Disney, quite naturally being itself, creates a fairy-tale ending where the good guys win and the bad guys lose. It’s satisfying to watch, but there’s little connection to reality for us to learn from.

The Book of Daniel could make for a great epic Disney movie. There’s a group of three Jewish guys with funny names who band together against the evil king Nebuchadnezzar, refusing to bow down and worship an idol. They’re thrown in the fiery furnace, God protects them from the flames and no one can deny their God’s saving power.

It’s a great story of putting one’s faith in God. But what I found equally, if not more, incredible and important was this part of their speech to King Nebuchadnezzar: “But even if he does not [save us], we want you to know, O king, that we will not serve your gods or worship the image of gold you have set up” (Daniel 3:18).

Yes, they trusted in their God, they believed that God could rescue them, but they also held within their theology the possibility that, although God could, it didn’t mean God would save them.

Reading the account I almost wished that the three of them would have been burned. I wished we had more stories of people who, similarly, were faithful yet God didn’t miraculously intervene. Thankfully, we do. Some in the Bible, but many, many more throughout church history, especially in Martyrs Mirror, a fat book that records the plethora of Christians who died for their faith, many being burned to death.

Although there are many fantastic tales of miraculous things happening to people of faith, Martyrs Mirror reminds me that they are not a common occurrence. Most of the faithful martyrs had the same attitude and belief as Shadrach, Meshach and Abednego, that their God could save them. But, in most cases, it was the willingness to die for their faith that was the witness to God rather than the fairy-tale, miracle-rescue ending.

We hold to a faith that promises that in the very end good will win over evil, that all shall be well, that love and justice will prevail, but it may not resolve in our lifetime, at least not in the perfect fairy-tale way that Disney wraps things up. It’s important for us to hear all the stories, the epic rescues and the tragic losses.

I suppose there is a pretty big story arc of Israel’s crushing failure to be faithful followers, so the Bible certainly isn’t just fairy-tale endings. In fact, the biblical story isn’t over. We are all a part of it, too, as we live out our faith, partnering in the ushering in of the kingdom, awaiting the return of Christ and the redemption of all things. Maybe a Disney fairy-tale ending isn’t always a bad thing.

Joshua Penfold (penfoldjoshua@gmail.com) waits for a happily-ever-after better than Disney can provide.

Read more Tales from the Unending Story:
Prayer and lasting
The waiting place . . .
Remembrance, regret, resolution
An enemy of hope
Making it personal