What kind of father? 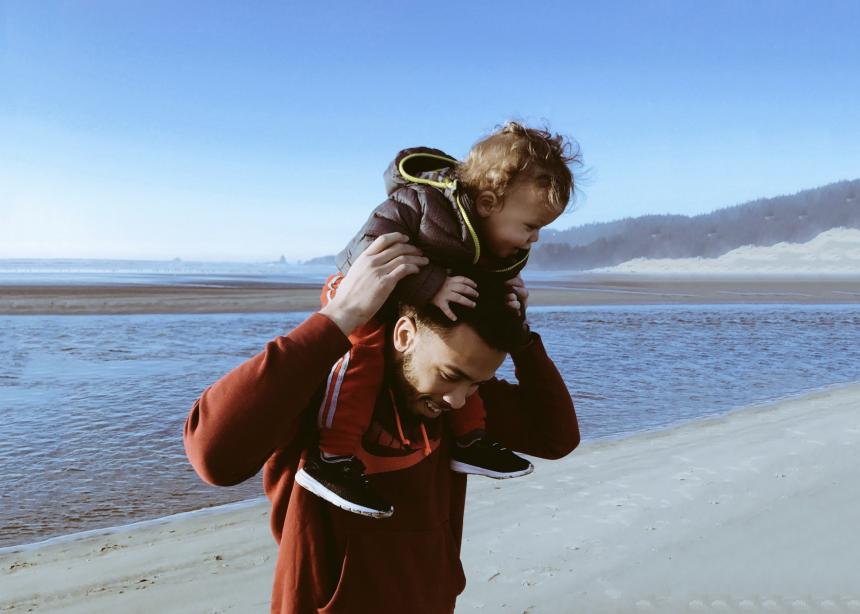 'Loads of research points to the important role of fatherly involvement for children.' (Image by peterjamesanthony/Pixabay)

Probably no father should risk writing a Father’s Day column. Obviously, one’s family is the first to say “Dad’s not perfect.” I hope I’ve been good enough. Parenting is a lesson in grace.

That fathers receive relatively less attention than mothers in our society is one of my pet peeves. Look at the Sunday comics on Mother’s Day and compare them to the ones on Father’s Day. At least analysis of popular culture shows that there are fewer of the incompetent-dad depictions than a decade ago.

Other research shows that women still carry the larger role in the household. Men and women work about the same number of hours, but when paid work and household work are tallied, women do less of the paid work. That obviously plays out in careers and accounts for some of the gender wage gap.

Less focus on fathers has another effect: We are much more shocked when a mother fails the caregiving expectations than when a father does. I remember doing a normal child-care thing in a crowded airport and being told “You are such a good father” by a nearby grandmotherly type. Mothers don’t hear that.

Remember the same-sex marriage debate of some 16 years ago? (Yes, it has been that long.) Every version of the “two parents of opposite-sex” argument also applied to the loss of a father, whether that would occur through death, separation, military service or employment at a long distance from home. Of course, children benefit from diverse role models, but role models and other forms of help for single parents can come in many ways, including other members of a church, better government support, and erasing the wage gap. Besides, no single person fits all the versions of their gender, like caring, providing and disciplining, for example.

Early in my own parenting, I read in these very pages of a father killed and leaving a family behind. The father was a peace activist in a dangerous part of the world. Is that an immoral vocation? I’ve read of pastor-fathers and community builders sometimes paying a high cost in terms of time and lives taken away from children. Environmental activists are at particular risk in many parts of the world. I once interviewed a Christian dad heading to prison because he felt so strongly about the Earth his children would inherit that he acted against the system destroying creation and the laws upholding such destruction. Same with a civil-rights activist who had opposed the corruption of government and the racism in his society.

Are those fathers less caring? Do they make the wrong moral decisions in taking themselves from their families to pursue action for a better world?

Someone very dear to me argues that he is more moral than I am because he doesn’t do community volunteering like I do. He says I fritter my time with involvement in groups that do not benefit my kids—like anti-racism organizations or refugee support. So I am less moral, he argues, than putting my time into efforts that benefit my own family directly, like coaching our kids’ sports teams or building a more financially solid career.

Clearly, these are different types of fathers. They are different moralities, too. The hardest discussions are when there are fundamentally different foun­dations for the choices we make as parents.

Randolph Haluza-Delay is a father of two, neither of whom was allowed to comment on the content of the first paragraph.

Read more Mind and Soul columns:
What I learned from Ramadan
The public good in a time of pandemic
Slow down for nature
Transformative experiences
Hope and optimism

'Loads of research points to the important role of fatherly involvement for children.' (Image by peterjamesanthony/Pixabay)

Randy, one thing you did not touch on in your “ What kind of father” article is the ‘quality of time’ given by fathers (or mothers).
My mother doted on us kids growing up, like most stay-at-home moms of the 50s. So Mom’s love and quality was obvious. My dad was away a lot, being a labour union organizer in Newfoundland serfdom of the 60s. But the time he spent home was all quality time for us. I still remember lessons learned from Dad when I was as young as 3 - seriously, and I’m 75 now! What I didn’t realize as a child was that his most important lessons were straight from the gospels - else I might not have listened (LOL) - but he taught them in the way of telling a story, and I loved his stories. Each of us (4 kids) had a special time with our dad - mine was our joint stamp collecting. When I left home (left Newfoundland), whenever I ran into a problem I could always phone home and ‘ask dad’. Even today (Dad’s been dead almost 35,years), when I run into a problem Today, I automatically think ‘how would Dad handle this?’ That’s a quality dad without a lot of time.