What I learned from Ramadan 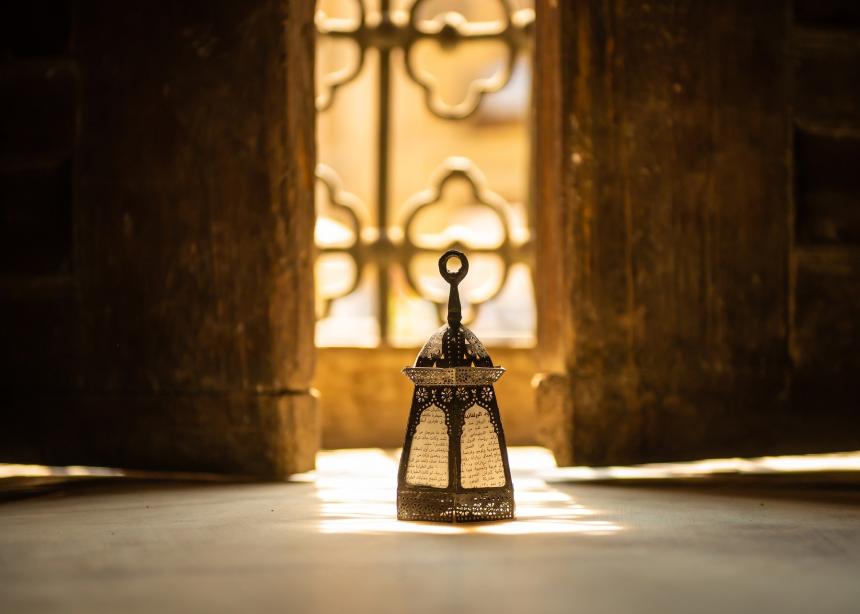 Ramadan is a time of spiritual reflection and heightened devotion for Muslims. This period of 29 or 30 days—the dates change every year, following the lunar calendar of 13 months—is marked by fasting, prayer, self-examination and community. The fasting is most well-known, just as giving up something for Lent is what most people understand about the Christian season. Each fasting period lasts from just before sunup to just after sundown. Believers are to refrain from food, any sort of drink, intimate relations, tobacco and other impurities, and are encouraged to give more to charity.

Ramadan fell across the summer solstice in the year that I fasted; the longest days of the Canadian year are long indeed! Fasting is not unusual for me, or for many other Christians. But abstaining from water or any other drink made this fast much more strenuous in effort.

The rigour of the Ramadan fast was my first lesson. The discipline reduced my energy and concentration, so it provided appreciation for what Muslim co-workers and fellow Canadians may be experiencing for a full month. It also reminded me that, as a Christian, my holy days are holidays and I do not need to take vacation time to practise my religion.

Most Muslims break the fast each day with family, friends or fellow congregants in the iftar meal. My second lesson was that the daily fast was far more difficult because I had no one to celebrate each day with. The difficult things are easier when family or others share the journey.

In another year, I was to be at a month-long gathering of Christian scholars during Ramadan. Fasting would be awkward, so I decided to pray five times a day. This is another pillar of Muslim religious practice. Some liturgical and contemplative Christian traditions also set several specific times at which to pray the “divine office” that may include matins, midmorning prayer, vespers and so on. For Muslims, the five times are set according to the arc of the sun across the daily sky. The specificity of the time reminds the faithful that God comes first, before any of the activities we might be engaged in. This attitude, and frequent prayer, would be something that Christians would value, I thought.

Two lessons also occurred that year. The first was the inconvenience posed by regular times for prayer, even among fellow believers! I set reminder alarms for lunch, and at morning and afternoon tea breaks, in addition to the early-morning and late-day times. But the days fluctuated enough to make these alarms disruptive. God interrupts our lives!

The second lesson was how wonderful this practice was for producing a sense of closeness to God. For several months afterward, I kept the routine, and now I am flabbergasted as to why I did not continue.

Lent and Ramadan are “disruptions” in the regularity of life. They interrupt the normal everydayness in which habits form without conscious reflection, and life becomes taken for granted. Like bumps in the road that, when driving late at night, disrupt the sleepy autopilot, we need these disruptor moments in our faith lives.

Randolph Haluza-DeLay participates in several Christian-Muslim dialogue groups in Edmonton and co-taught a course with a Muslim theologian at The King’s University called Engaging Islam as Interfaith Encounter.

Read more Mind and Soul columns:
The public good in a time of pandemic
Slow down for nature
Transformative experiences
Hope and optimism
Confronting a drastic future