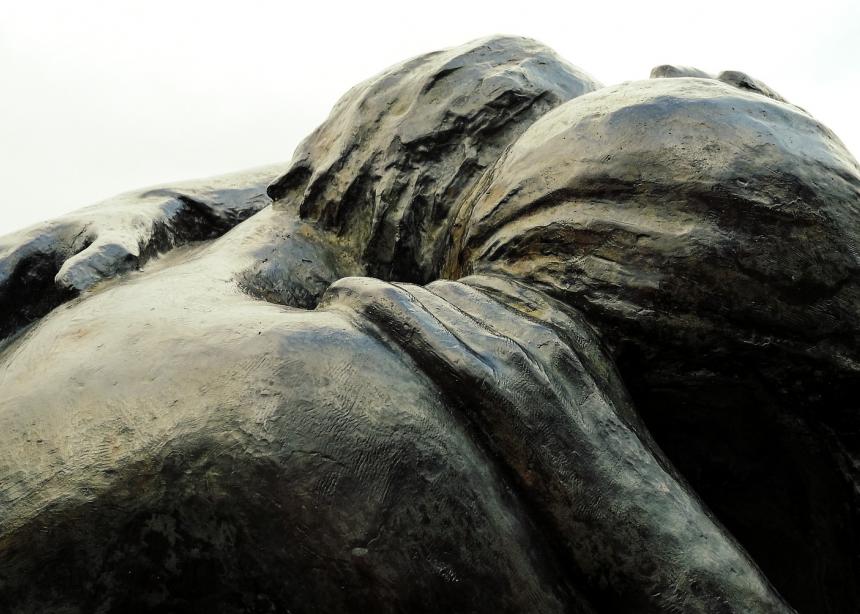 From 1992 to ’95 I worked at Rosthern (Sask.) Junior College as dean in the men’s dormitory. It was my first step away from the farm. I was 40 when I moved there, and the experience was rich and challenging. It was rich in that I was reminded that we are created in the holy image of God, that each one carries that core of goodness that waits to be recognized and affirmed.

However, after three years, the intensity of the experience caught up to me. My introverted nature in this vibrant community cause me to grow weary, and I was determined to exit while the experience was still a positive one. At the end of my third year, I prepared to depart, to seek new adventures.

Staff at the school were given regular opportunities to address the student body in a chapel setting. I decided that I would use my last chapel to announce my departure, to thank the staff and students for the trust, relationships and lessons offered. And I closed with words adapted from the final sermon of my minister-grandfather, as he bade farewell to his church, Superb Mennonite, at his retirement: “If there is anyone who carries issues toward me, anyone with pain that involves me, anyone who feels wronged by anything that I have done or said, please come talk to me, that we might set it right.”

As the students filed out past me, there were affirmative comments like “No way would anybody have anything against you, Ed!” My ego liked it.

Near midnight, after the dorm had been settled, as the deans relaxed in their office before making the final rounds, a knock came on the door. There stood “Ron” (a pseudonym).

Ron was a “throw-away” kid. That was my term, not the school’s. He had been a late admission early in the school year. As I recall, Ron’s dad had found a new partner, a partner that didn’t appreciate Ron’s presence complicating their lives. Boarding school seemed like the right solution.

Ron’s school year had been challenging. He had absolutely no interest in matters academic. As such, his name came up often at staff meetings, as teachers vented their frustration at this boy who simply didn’t care if his marks required only single digits. Nor did Ron express any interest in the Christian aspect of our school. The decision had already been made that Ron would not be a returning student.

In the residence, however, Ron blossomed. It was as if he had never known such an open and safe community. Certainly there was some frustration corralling Ron into his room during study hours, as he had no interest in studying and so many relationships to attend to. Ron was congenial, a storyteller, a lover of cards, a social gadfly. We had got on well.

Now, at midnight, Ron stood in the doorway, looking at his feet, shifting. “What you said in chapel today . . . .”

I recognized a crucial moment, and we found a corner for conversation.

Ron reminded me of a time, months earlier, when I had been urging him to get his daily responsibility done. He had held me off; there were more cards to play, more stories to tell. Later and later, until my frustration grew, and I physically picked him out of his chair and shoved him in the direction of his duties.

Now, Ron told me that he had been deeply offended by that. I affirmed his remembrance of that incident, Then I apologized.

A dozen years later, after burning out as a minister, I worked for a warehouse that distributed fertilizer. Ron reappeared in my life as a truck driver. We shook hands, we laughed, we supported and encouraged each other. It was good. I was reminded of the shared qualities of God, uncovered in relationship.

Read more In the Image columns:
A precious gift
We are now family
‘Our framing story’
The kingdom of heaven now
'Touch the hem of her cloak'