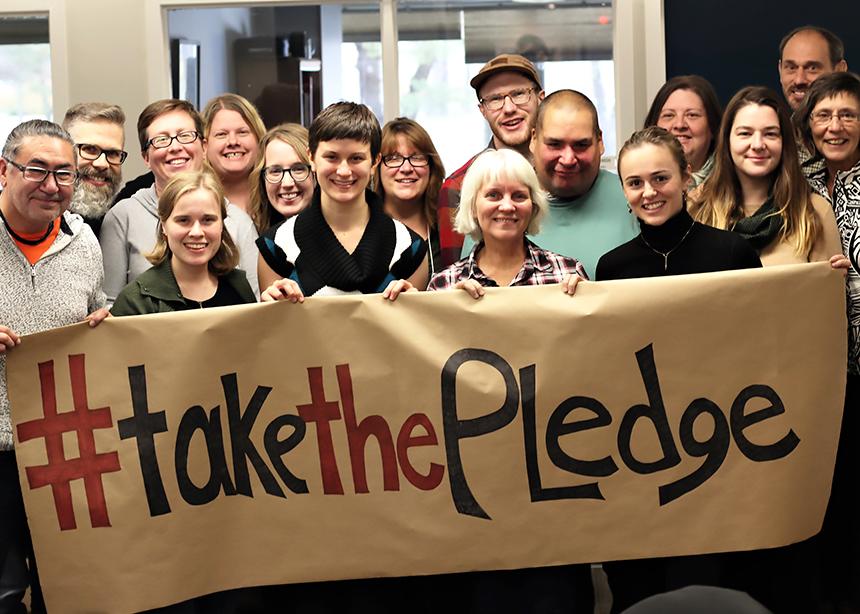 During his visit, Saganash shared This Fight Continues: 262 & the Declaration, a film created by CMU alum Brad Leitch of Rebel Sky Media, documenting the story of Bill C-262. Following the screening and discussion, a number of students and community allies gathered in the Mennonite Church Manitoba offices to meet with Saganash, break bread, share their questions and make plans.

In 2017, Saganash introduced Bill C-262, a private members bill, to Parliament. The bill’s intent was to fully enact all 46 articles of UNDRIP.

Thousands across the country, including CMU students, faculty and staff, threw their support behind C-262. With strong backing from MPs across the political spectrum, it passed three readings in the House of Commons and was adopted by Parliament in May 2018.

Despite this success, the bill failed this summer, “blocked” Saganash said, “by a handful of unelected Conservative senators.”

Last week’s CMU gathering was among the first in a planned series of such events, gathering support and advocacy for new legislation that will match or exceed the provisions of Bill C-262. While Saganash is no longer an MP, and does not plan to run again, he has passed the baton to Indigenous colleagues whom, he says, are running with it.

Steve Heinrichs, MC Canada’s director of Indigenous-Settler Relations, is spearheading the campaign to galvanize and expand what grassroots support has already been raised by Bill C-262.

“It’s not just [MC Manitoba] or MC Canada that are encouraging this, but a wide network of folks,” Heinrichs said. “We’re asking all Members of Parliament in all parties to pledge their support for new legislation.”

Danielle Morton, CMU’s spiritual life facilitator and co-host of the Oct. 16 event, said that plans are already in the works for a follow-up event to extend the conversations germinated at CMU.

Related stories:
A Canada committed to genuine and mutual relationships
Mennonites advocate for Bill C-262
UNDRIP: Good news for everyone
Walking for equality
A personal pilgrimage 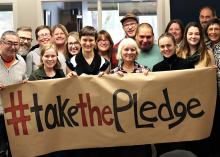