‘The George and Helens’ 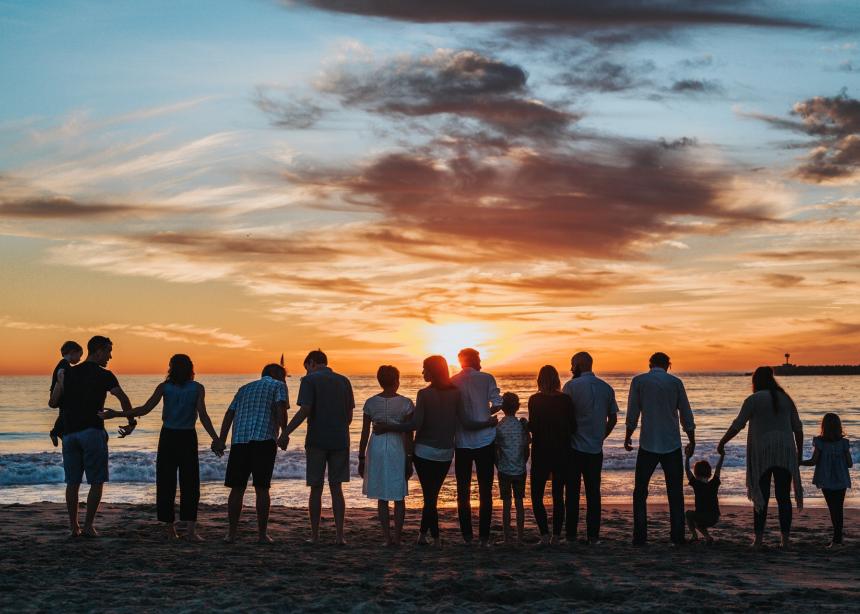 A busy weekend at the end of May resulted in some reflections on family. In this case, the family referenced is “the George and Helens” (the Olferts that include my siblings and me, and all those attached).

The weekend began with a family wedding, where a nephew was the groom. After the ceremony, we gathered on a Saskatoon sidewalk near an ice-cream vendor. The bride’s stepmother stared at me for a while, then asked if I was a brother to the groom’s father. I, of course, used the line that, yes, I was a little older but certainly better looking. I assume it’s funny every time, but she simply blinked, then asked, “Are there more of you?”

I informed her that we were a family of seven, and that six were in attendance. I sensed that those numbers were astronomical to my listener. It became a reminder that everyone does not have the same experience of family that I assume is the norm.

My sister had previously let it be known that, as this was the last wedding in the niece/nephew generation, she was done. When chided, she announced that attending weddings has always been a chore, and she was through. I giggled for several hours.

The next day, I delivered the message in our little country congregation. Then we raced back to Saskatoon, where our youngest granddaughter was part of a roller-derby competition. It was my first experience, and as I sat with my face in a mask of confusion, I at least convinced myself that our girl had the largest cheering section, which included a wide swath of family, school friends and teachers.

Then we gathered again with “the George and Helens” to celebrate a number of birthdays and a 50th anniversary. Again, three generations jeered and laughed, ate and delighted. My six-year-old grandson asked me to record his arm-wrestling match with a great uncle.

As a family, we are opinionated and often contrary. We tease mercilessly. And yet there is a trust to lower protective walls and go to harder places.

“The George and Helens” live with the reality of Huntington’s disease, as well as post-polio syndrome. A circle forms and gently explores those realities.

Different expressions of sexual being have also become part of “the George and Helens,” and that is embraced warmly.

A nephew talks about planning a motorcycle trip of several days’ duration for my generation. Only a few can still ride, but his determination doesn’t see that as a deterrent. Two motorcycles are offered to me.

Yet, when I picture that circle, with adored little ones, gentle parents and proud grandparents, there’s no place to which I would rather belong. It is a circle that includes, embraces and finds creative ways to say yes.

And yet I am faced with the reality of my naiveté. My Sunday sermon that weekend was on the topic of restorative justice. In that world, as I read out a list of offenders who have received support, I am again confronted by the brokenness that is done within families.

May God give me the wisdom to find holiness in my reality, and also in the realities of others whose story is very different.

Ed Olfert (p2peho@gmail.com) gives thanks for trust in every community that surrounds us.

Read more In the Image columns:
The church and mental illness
‘A striking lesson in hope’
‘Make your tents large’
Unexpected sparkles
The ‘chicken whisperer’