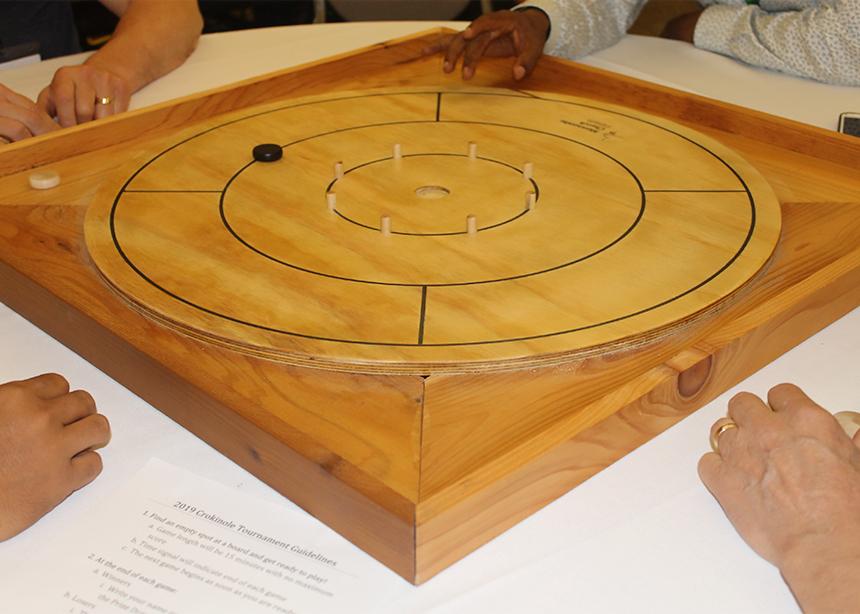 Wooden game boards made in Yarrow, B.C., and a crokinole tournament at this summer’s Mennonite Church Canada Gathering 2019 have made a connection with modern-day Chinese Christians and a 16th-century Dutch Anabaptist martyr.

Darnell Barkman, pastor of Yarrow United Mennonite Church, had received a crokinole board for his birthday last December, and after playing on it he thought it would be fun to try to build one. After consulting with church member Chris Epp of Yarrow Craftworks, Barkman realized that building several wouldn’t be much more work than building one. He collaborated with Andrew Kornelson, another church member, on the project.

At the same time, B.C. Mennonites were preparing to host Gathering 2019 in Abbotsford. Several of the Yarrow church members were involved as volunteers in various capacities, including Heidi Epp, chief local planner and organizer. The idea for a crokinole tournament came up, and Epp suggested that the homemade crokinole boards could serve a double purpose: intergenerational fun and as a fundraiser for international missions.

Yarrow United Mennonite had heard about a Mennonite pastor in China who had been inspired by the story of Dirk Willems, an early Anabaptist martyr whose compassion in rescuing his enemy from drowning did not save him from execution. This story had been transformational in the Chinese pastor’s faith formation. Mennonite Partners in China (MPC), based in Harrisonburg, Va., is in the process of translating that story into Chinese dialects, along with Bible study material, to share Jesus’ message of loving enemies.

“After we made the boards, we decided to donate them to the assembly as support for [Mennonite Church Canada] Witness,” says Barkman. “We wanted it to be something encouraging to Jeanette Hanson, since she works very closely with MPC. That's why we picked that project to support.”

Hanson has been MPC’s director and is now beginning as MC Canada’s interim director of International Witness.

The crokinole boards were all sold for between $200 and $300 following the Gathering’s June 28 tournament. Initially, this was planned to be a one-time project, but more people have expressed interest in the boards across B.C. and the rest of Canada.

“If people are interested in boards from us they can send a message to Yarrow Craftworks on Facebook,” says Barkman. “We’ll make a note and keep them in the loop about when our next run of boards will be up for purchase.” 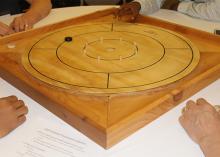