Regional ministries to benefit from distribution of funds 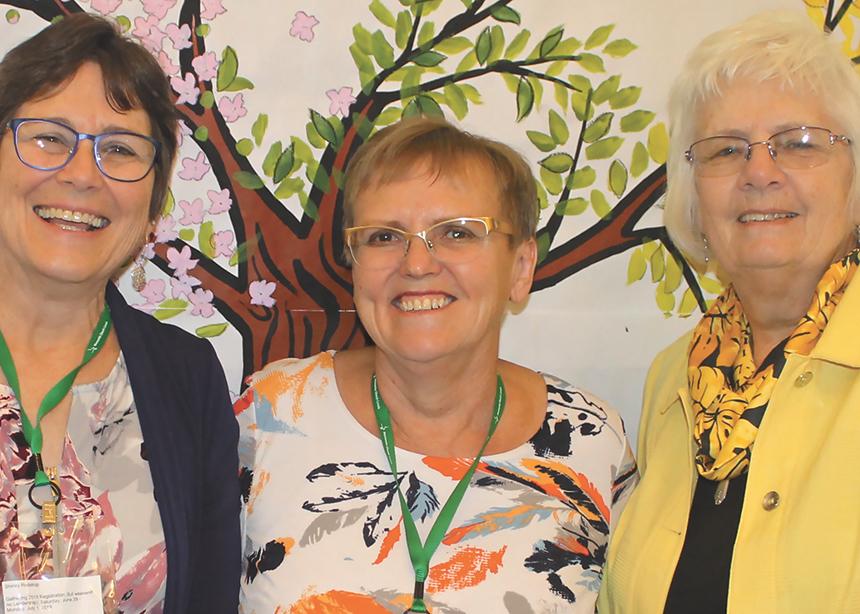 With tears, hugs and 67 years of memories, participants at the Mennonite Women Canada annual luncheon meeting, held on June 30, said goodbye to each other and to their national organization.

With the theme for the afternoon, “To everything a season,” members recognized the season had come for ending the nationwide women’s body. Declining attendance in individual women’s groups, the restructuring of Mennonite Church Canada to shift responsibilities and resources to regional churches, and the dissolution of MC Canada’s five regional women’s groups all contributed to the change.

Participants accepted the proposal to dissolve the nationwide ministry by the fiscal year end, Jan. 31, 2020. Approval was given to lift any restrictions on funds and to distribute the balance to regional women’s ministries. Financial assets will be distributed by Jan. 31. MW Canada hopes the money will support the dreams and visions for present and future women’s ministries.

Executive team members expressed their gratitude to those who had gone before, citing an April 29 “Connections” article: “We are thankful for the vision and commitment of women in the past who served their church locally, provincially and nationally. We are also thankful for the support of women’s groups across the country who continue to nurture and minister to others across the street and around the world, accomplishing much more together than they could alone.”

“The seeds will sprout somewhere else,” said former MW Canada president Liz Koop, reflecting on the future of Mennonite women in Canada. Koop said she had joined the organization as a young woman and that without it, “I wouldn’t be the person I am today.”

Jason Martin, director of MC Canada International Witness, thanked the women’s organizations for the $100,000 they had given to overseas mission workers in the past 18 years.

Jeanette Hanson, a long-time Witness worker in China, told the women’s group she was “a grateful recipient of your generosity” over the years. She held up a pen given to her years ago by MW Canada and said that during challenging times she would often pick it up and hold it as a reminder of the support back in Canada.

Members of the nationwide and regional church executive read a litany describing the history of Mennonite women’s groups decade by decade, starting in the 1930s. In a final act of togetherness fitting the theme, the women present sang “In the Bulb There is a Flower.”

—With files from June Miller 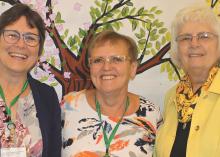