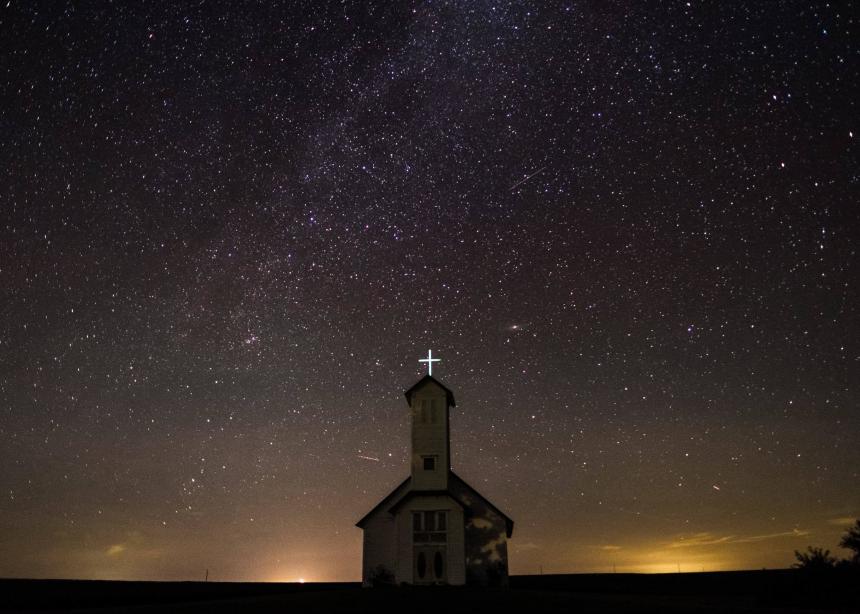 The past few months have awakened us to our fragility as individuals, communities and nation states. We’ve observed the fragility of our health-care system, food-supply chain, economies, global trade, international relations, institutional accountability. It seems that everything in our world is fragile, including ourselves.

Why are Canadian churches so fragile? Or has the church always been fragile? I think it depends on how you define church.

The modern concept of church tends to focus on things like the 3 Bs: buildings, budgets and butts in the seats. These are the standards by which many experts predict a church’s health. Conventional wisdom assumes that for a church to be sustainable it needs a building to meet in, enough attendees to fill the building on Sunday mornings, and enough money to pay the bills to maintain said building and the interest or loyalty of its congregants. We are witnessing the fragility of this modern version of church. This pandemic is testing its fragility in ways we couldn’t have anticipated.

But there is a different “kind” of church. A church that isn’t fragile. In fact, just the opposite.

What is the opposite of fragile? You’re probably thinking robust or resilient, but that’s not accurate, according to Nassim Nicholas Taleb, author of Antifragile: Things That Gain from Disorder.

In it he writes: “Some things benefit from shocks; they thrive and grow when exposed to volatility, randomness, disorder and stressors, and love adventure, risk and uncertainty. Yet, in spite of the ubiquity of the phenomenon, there is no word for the exact opposite of fragile. Let us call it antifragile. Antifragility is beyond resilience or robustness. The resilient resists shocks and stays the same; the antifragile gets better.”

The antifragility of the church, the Body of Christ, has been demonstrated repeatedly throughout history. From its inception, the early church was faced with persecution, danger, chaos, volatility and adversity beyond what we could imagine today. Christians were hunted down and beaten, imprisoned, stoned, crucified or fed to the lions. But the early church wasn’t fragile. It wasn’t just resilient either. It was antifragile. It didn’t just survive, it flourished when it was exposed to that which threatened to destroy it.

This antifragility of the church has been demonstrated time and again throughout history, more recently in China. At the time of the Chinese Communist Revolution, there were approximately four million Christians in China. In 1949, the new government, called the People’s Republic of China, took aim at the church, forcing it to go underground. The church had no buildings, programs, professional clergy or public worship gatherings, and almost no Bibles. Christians were threatened with imprisonment, or even death, if they gathered for worship. The church should have died in China, but it was antifragile. It flourished, growing from four million people to approximately 67 million in the midst of danger, hardship, persecution and risk.

We often associate things like buildings, budgets, programs and well-attended worship gatherings as signs of a church’s strength and stability, but what if our focus—and reliance on—these things is actually creating fragile churches? After all, churches with no buildings, programs or public worship gatherings have thrived throughout history in many different contexts and cultures.

It makes me wonder: What are the genuine signs and indicators of an antifragile church? What are the core essential ingredients that transform a group of people into the antifragile body of Christ?

Troy Watson (troydw@gmail.com) is a pastor of Avon Mennonite Church in Stratford, Ont.

Read more Life in the Postmodern Shift columns:
Rushi's radiant smile
Embrace the paradox
The power of paradox
Fear not
The snowball effect