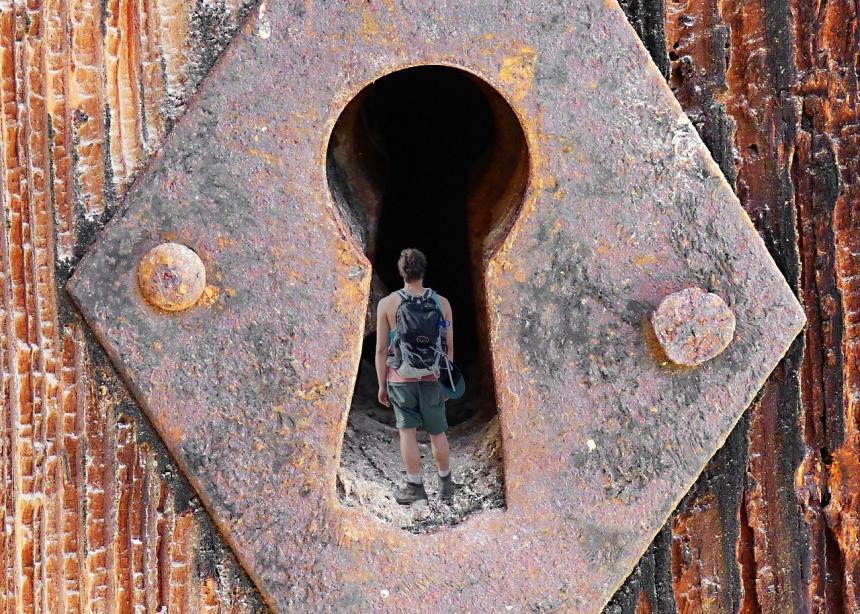 'Embrace paradox and let it do its thing.' (Image by Convegni_Ancisa/Pixabay)

In 1993, my friend Myron Penner introduced me to Danish philosopher Soren Kierkegaard. I haven’t been the same since.

Kierkegaard enlightened me to the power of paradox. At that time I was ready to walk away from Christianity. It had been a long time coming. Then Kierkegaard breathed life into the dry bones of my theology. He did it by immersing me into the waters of existentialism, absurdism and paradox.

This gave me a new lens to see reality with, and Christianity started to resonate with me again. It started to make sense by not making sense. Kind of like quantum mechanics. As theoretical physicist Werner Heisenberg said, “The universe is not only stranger than we think, it’s stranger than we can think.”

Consider the origin of existence. Either something came from nothing—or something, in some form, always existed. Both explanations are absurd. Much of life and reality is absurd, and so too must our understanding of it be.

Since my exposure to Kierkegaard, I see life through the lens of paradox. I also see the power of paradox as key to maintaining a meaningful biblical faith. (In my previous column, I defined the power of paradox as holding two or more seemingly incompatible truths as simultaneously and equally true. When we do this, a deeper hidden truth is revealed.)

For example, let’s examine the paradox of grace and judgment in Christianity.

The grace side of this paradox is that there is nothing we can do to deserve God’s grace. God’s grace, forgiveness and mercy are freely and fully given; they cannot be earned.

The other side of this paradox is God’s judgment. According to the Bible, we will be held accountable for every word and deed. We will be judged according to the perfect will of God and by how we treat others. We will reap what we sow.

These two truths are incompatible. A paradox. And our dualistic minds instinctively try to solve the paradox. My childhood church solved this paradox with what I call “the sinner’s prayer loophole.” The loophole proposes that we are no longer held accountable for our sins and judged by God if we confess and accept Jesus as our Lord and Saviour. When we do this, we are covered in the blood of Jesus, which protects us from God’s judgment. Jesus’ blood serves as a sort of cloaking device that hides our sins so we’re no longer judged for them.

This makes God’s unconditional love conditional upon our acts of belief and confession. It makes God’s unearnable grace dependent on us “earning” it by jumping through certain hoops. Sure, confessing and believing are easier hoops to jump through than perfection, but they’re still hoops.

Even more problematic is that this loophole is incompatible with Jesus’ teachings (Matthew 6:14-15, 7:1-2, 7:16-27 for starters). Jesus clearly states that only those who forgive others will be forgiven by God. I think it’s reckless, and wrong, to assume what Jesus really meant was, “If you refuse to forgive others, your Father will not forgive your sins, unless you accept me as your personal Lord and Saviour. Then everything’s good.”

The paradox of grace and judgment cannot be resolved. It can only be embraced as paradox, by holding two incompatible truths as equally true. The absurdity of this paradox invites us into deeper waters of faith, where the paradox ceases to be absurd, where a hidden truth is revealed, bringing deeper meaning to our lives, a truth that tends to transform us rather than provide us with answers that are easy to articulate.

Embrace paradox and let it do its thing.

Troy Watson (troydw@gmail.com) is letting the absurdity of life move him deeper into faith.

Read more Life in the Postmodern Shift columns:
The power of paradox
Fear not
The snowball effect
Dwell in, not on
Paradoxical faith 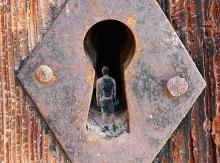 'Embrace paradox and let it do its thing.' (Image by Convegni_Ancisa/Pixabay)