The power of paradox 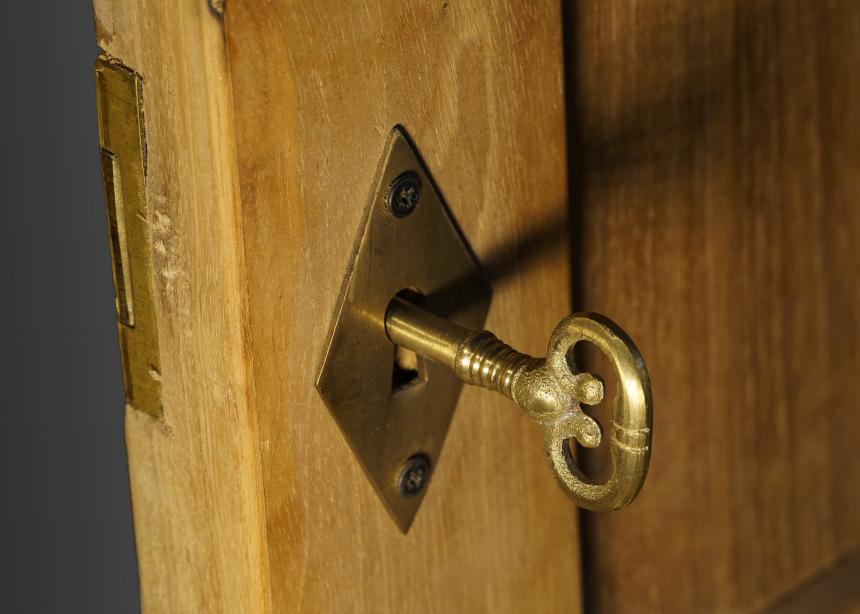 ‘These paradoxes turn out to be keys that unlock doors...’ (Image by Felix Wolf/Pixabay)

Christianity is rooted in paradox. A paradox is when two or more incompatible truths are held together to reveal a deeper hidden truth. An example of a paradox in Christianity is that the Kingdom of God is both already here and still coming in the future. Other examples include:

These paradoxes turn out to be keys that unlock doors to the hidden deeper truth of Spirit. The door to deeper truth isn’t opened by solving the logical contradiction of paradox though. It’s opened by allowing paradox to break through our current patterns of thinking and create space in us for new ways of thinking.

Jesus says to his disciples in Luke 8:10: “The knowledge of the secrets of the Kingdom of God has been given to you, but to others I speak in parables, so that, ‘though seeing, they may not see; though hearing, they may not understand.’ ” Jesus intentionally teaches people so they will not understand what he is saying. Why? Because you can’t put new wine into old wineskins. Because we prefer the taste of the old wine.

Human beings naturally resist and reject “truth” that doesn’t fit their worldview, their current way of thinking. Our minds react to foreign “truths” like the body’s immune system reacts to foreign bodies such as viruses. Our immune system perceives them to be a threat and instinctively rejects and resists them. We don’t consciously choose to fight off viruses and bacteria. It’s a default response.

So it is with the mind. We don’t consciously choose to reject and resist ideas that pose a threat to our current worldview and understanding of reality. It’s a default response of the mind in order to preserve stability and sanity. It’s how we maintain meaning in life. Jesus understands this. This is why he doesn’t just tell people truth directly. He tells them a parable they won’t understand, inviting them into a riddle, a puzzle, a mystery.

Most of us are helpless against the lure of puzzles, riddles and mysteries. We are naturally drawn to them, like moths to a flame. Jesus understands this and he teaches in a way that captures people’s imaginations. People are drawn to Jesus not because they understand his message but because they don’t.

As drawn as we are to riddles and mysteries, our compulsion is to figure them out. It’s difficult to let a paradox remain a paradox. Our inclination is to solve it. One of the most common ways to solve a paradox is to cut both sides down to size so they are no longer incompatible.

For example, if we make Jesus half God and half human this resolves the God-man paradox. A centaur, who is half man and half horse, is strange and mythical, but at least we can picture it in our minds. But not so a creature that’s 100 percent horse and 100 percent human. A Jesus who is half God and half human might be strange and mythical, but he’s no longer a paradox.

The second way we solve a paradox is to elevate one side of the paradox at the expense of the other. We solve the God-man paradox by making Jesus a human being with a dash of divinity, a divine anointing perhaps. Or we inflate Jesus’ divinity and diminish his humanity to the point where the idea of Jesus defecating seem blasphemous.

G.K. Chesterton— an English writer, philosopher, lay theologian, and literary and art critic, who has been referred to as the “prince of paradox”—says that whenever the church moves towards one side of the paradox at the expense of the other, she falls into heresy. He writes: “Christianity got over the difficulty of combining furious opposites, by keeping them both, and keeping them both furious.”

The early church recognized the tension of its paradoxical beliefs and learned it was essential to embrace this tension. For it was in this tension that the transformative power of the gospel resided.

Paradox dismantles our attachment to dualistic thinking. It emancipates us from intellectual slavery. It awakens us from dogmatic slumber and opens our inner beings to the deeper transformative truth of Spirit. That’s the power of paradox. And it begins by inviting us to hold two seemingly contradictory truths at the same time.

Troy Watson is a pastor at Avon Mennonite Church in Stratford, Ont.

Read more Life in the Postmodern Shift columns:
Fear not
The snowball effect
Dwell in, not on
Paradoxical faith
Ten New Year's resolutions for an unexamined life

‘These paradoxes turn out to be keys that unlock doors...’ (Image by Felix Wolf/Pixabay)