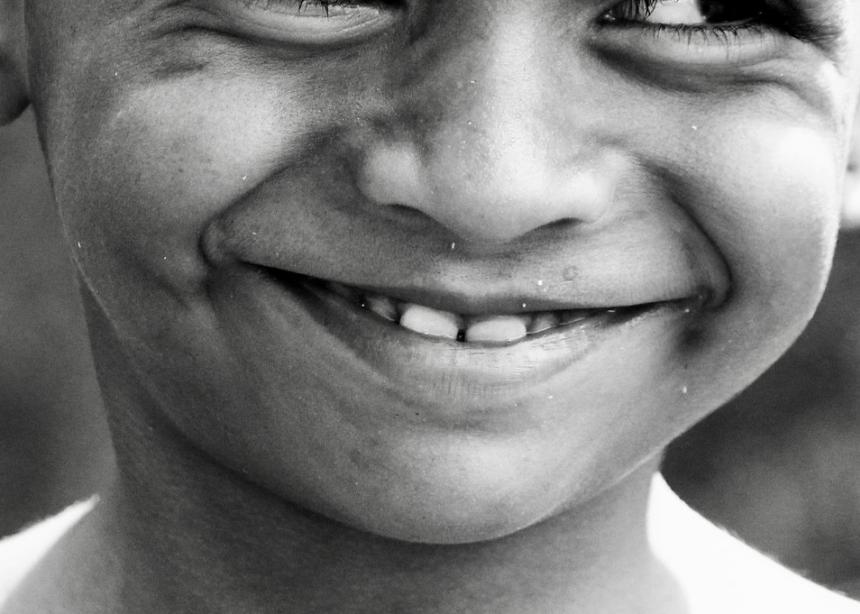 I was 7 when Rushi (a pseudonym) and his family moved into our neighbourhood. They were the first people of colour to move into the community, and nobody rolled out the welcome mat for them.

As children, we picked up on the air of suspicion and hostility towards these “foreigners” and we acted accordingly. One day, a group of us kids found a large tree branch and used it as a battering ram on their front door. A few weeks later, we plastered the front of their home with a few dozen mudballs. Those were the only two attacks I participated in, but there were plenty more.

Most of the other kids’ parents seemed amused or turned a blind eye. Not mine.

“That’s not how Christians treat other people,” my mom said. “You need to go and apologize. And help them clean up that mud. Those poor souls.”

Rushi’s parents were cleaning the mud off their front window when my dad and I arrived. Dad made me walk up to them by myself and apologize. I was terrified.

The man stopped what he was doing and looked at me with a mixture of surprise and confusion in his eyes. He looked over at my dad, then back at me.

I’ll never forget the radiant smile that spread across his face. He wasn’t angry. He seemed relieved. Happy even.

“That’s okay. You don’t need to clean,” he said. “Would you like to meet my son Rushi? He is your age. Rushi! Rushi, come here. There is someone to see you.”

My heart sank. Rushi had already met me. The neighbourhood boys had picked on him every day since he moved in and I had joined in on a number of occasions. The last thing I wanted was to look Rushi in the eyes right now. But my guilt wasn’t the only reason I didn’t want to talk to him. I was afraid. If the other boys saw me hanging out with Rushi, I knew I’d become a target as well.

Rushi opened the door. His face lit up when he saw me. His smile exuded the same warmth and graciousness of his father. He introduced himself and asked me if I wanted to play. I looked back at my father, who silently confirmed that I did.

I spent the afternoon with Rushi and, much to my surprise, we really connected. He was musical, spiritual, philosophical; he liked to read and had interesting stories. I had far more in common with Rushi than the other boys in town. We quickly became best friends.

Rushi and his family expanded my little world with their fascinating culture and exotic cuisine. Who knew chocolate covered ants were so delicious?

About a year-and-a-half later, my family moved. Rushi and I stayed in touch as pen pals for a few years, but we eventually drifted apart. I can’t remember a single name of the other kids I met in Tiverton, Ont., but I will remember Rushi for the rest of my life.

I’ve reflected a lot on why I was so mean to Rushi and his family when they first arrived. I knew it was wrong while I was doing it. So why did I behave that way?

I think the primary reason was fear. I was a sensitive kid and I already felt out of place with the other boys. I was afraid of being rejected or made fun of for being different. I think on some level I was actually glad they had Rushi to pick on. Better him than me. I was just trying to survive. Thankfully, Rushi helped me aim higher.

After meeting Rushi, I realized I didn’t want to fit in with those other boys. Rushi helped me re-establish a connection with my own heart and soul. He saved me from continuing down a path of pretending to be someone I wasn’t in order to fit in and stay “safe.” He helped me understand that staying true to God and myself was more important and more rewarding than security, comfort and belonging. Rushi made me want to thrive—not just survive.

Thank you, Rushi, wherever you are.

Troy Watson is still trying to listen, learn and grow.

Read more Life in the Postmodern Shift columns:
Embrace the paradox
The power of paradox
Fear not
The snowball effect
Dwell in, not on