Allow a little child to lead you 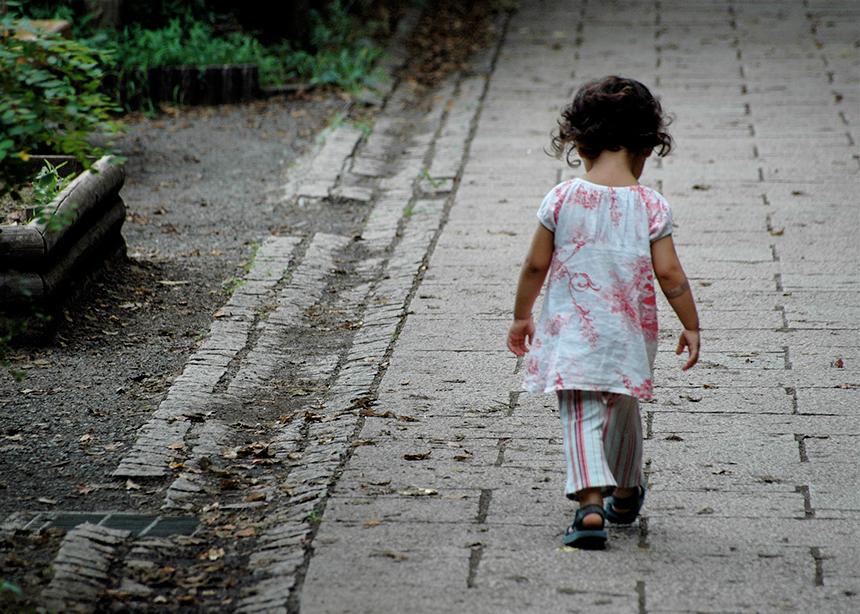 'Pay attention to a child close to you. Give thanks for holy lessons available nowhere else.' (Photo courtesy of flickr.com/Lance Shields)

My good memories of Thanksgiving 2019 will be focused on children.

On Oct. 13, I preached a sermon at Grace Mennonite in Prince Albert. Church culture has me arriving an hour before the service. It’s a 100-kilometre drive. I will encounter four or five folks creating bulletins, making coffee, setting out cookies, trying out offertories and preludes, while I print off the sermon. Sometimes street wanderers will stop by, aware of the snacks and warmth available.

On Thanksgiving Sunday, two children arrived with their mother, the two who are the most regular of our little folks. Shortly after that, another family appeared, again with two young ones, cousins of the first two. They were visiting from Alberta for the weekend. The four were somewhere between the ages of 10 and 14.

By the time the service began, the kids were nowhere to be seen. It was not until after the benediction that those faces again appeared, this time eyes wide and shining.

No, this was no tale of destructive mischief. You see, these cousins had made a plan to meet that morning at church, head down into our basement kitchen and make sandwiches. There were donated “fixings” waiting.

Lunch bags are set out in our “blessing box” in the church parking lot for hungry folks who pass by. Hannah informed me excitedly that there were more sandwiches left in my office to hand out during the week.

While the congregation, including the kids’ mothers, were in the sanctuary praying, singing, listening and sharing, the children went about addressing needs that are part of the mandate of the church.

This is not a one-time event. Regular Sunday school time is given to building lunches. I am always moved close to tears when the kids run up to me and tell me where they have stored the food, so I can find it during the week. The shining eyes tell me that this is an experience of church that will remain with them for a lifetime and will impact their thinking as they make future decisions about the relevancy of “church” and “God” in their fast-paced world.

I drove the solitary distance back to my hometown of Laird, still on a high from that morning Thanksgiving lesson. Arriving home, I needed to quickly set that processing aside because my house was filled with noisy family gathered for the festive meal. A granddaughter demanded that I eat at the kids table. I protested that there were no chairs to spare, whereupon she stood, grabbed a chair from the adults, brought it over, pointed at me, and said “Sit.”

Later, I suggested to the five grandchildren present that we head out to my little workshop, where I would show them various bits of metal collected in my Blind Guy Welding venture, and they would focus their creativity to see what possibilities they could recognize in the pieces. I have a picture of the five, aged 4 to 15, with eyes shining as they took up the challenge: “This triangle is the head of a fox.” “These kitchen knives could be a dragonfly.” This spoon is a lady bug.” “These rings are the eyes of an owl!”

What to you and me were nothing more than a cold bit of scrap junk came alive in the passion around my welding table. I now have project ideas for quite some time.

Pay attention to a child close to you. Give thanks for holy lessons available nowhere else. Allow a little child to lead you.

Ed Olfert (p2pheo@sasktel.net) learns about the “impishness” of God from the beautiful little ones.

Read more In the Image columns:
A burning issue
Parable of the 'phone' incident
Leon's 'fifth step' to sobriety
Millie, my lions and me
No 'happy clappy Christians' for Blake 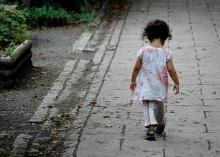 'Pay attention to a child close to you. Give thanks for holy lessons available nowhere else.' (Photo courtesy of flickr.com/Lance Shields)