No 'happy clappy Christians' for Blake 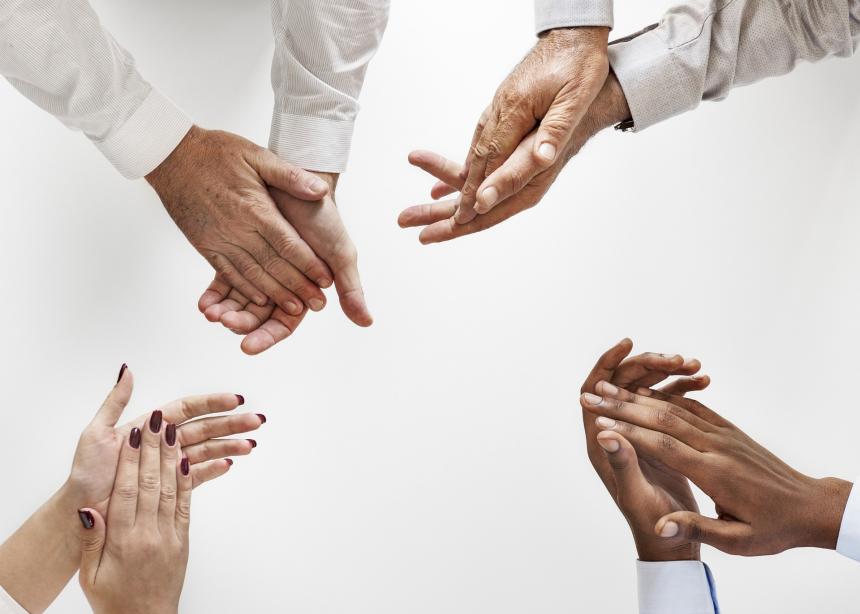 "Blake’s history didn’t allow him to give much respect to the work of Christian ministry... A frequent derisive term was 'happy clappy Christians.'" (Image by rawpixel/Pixabay)

My friend Blake Rooks died in early May.

He was large, unkempt, unhealthy, opinionated and occasionally rude. He was an atheist. His kidneys didn’t work. He loved people. He carried a measure of English charm. All of these were qualities, along with others, that made him important in my life.

One of Blake’s stories included being a young man with an engineering degree looking for adventure. This would have been around 1970, and his huge curiosity compelled him to head off to South Africa to begin his engineering life. He went there, in his words, as a nominal Anglican, as a mostly uninvolved political conservative. But his time there, in the days of brutal apartheid, brought him home some years later, in his words, as a raging atheist and as a raving socialist.

What Blake saw as the work of the church in South Africa was not only an excusing of racial intolerance. Instead, the church embraced it and wrote it into its understanding of God’s perfect will. He was so offended, so angered, that he vowed never to be part of a spirituality that was so subverted, so self-serving, again. He remained true to that till his death.

And yet, Blake visited those in prison. He was part of a Circle of Support and Accountability (CoSA) for released offenders. He supported the food bank. All of these are based on Christian understandings of relating to fellow humans.

In his retirement years, Blake ended up buying a house in Rosthern, Sask. There, he encountered Mennonites, something new to him. With his natural curiosity, he formed relationships and collected Mennonite history books. He observed neighbours and a son-in-law travelling to distant parts of the globe to do relief work. He learned about Mennonite Central Committee sending support to corners of the globe where people suffered. He learned about people sitting with First Nations folks, offering respect and dignity. He learned about restorative justice work, both in the prison and on the street.

Within a few years, he was reaching out. That included dropping awkwardly to his knees and crawling into a sweat lodge, and accompanying us to a funeral service for Les, a friend that our CoSA group had supported. Blake had never met Les but he came because I had mentioned to him that Les’s widow was concerned that not many people would show up at the funeral of a sex offender.

Blake’s history didn’t allow him to give much respect to the work of Christian ministry. He called it “sky piloting,” and he couldn’t make the bridge between “sky piloting” and the work of supporting marginalized people. His South African experience—and the passion and rage he brought home—simply didn’t allow for that. A frequent derisive term was “happy clappy Christians.”

But when Blake encountered a community that was doing church in a way that his intellect, compassion and curiosity told him were life-giving, he stepped forward. He could never acknowledge that these activities and ways of offering compassion were spiritually rooted, but rather he couched them in the language of practicality: “It’s a better use of my time and tax dollar to be supporting, encouraging, befriending.”

There were so many parts of Blake’s life that didn’t follow a Christian way of being and believing, but there were other parts that did. I’m glad he was my friend.

A thought that hangs in my office offers words I wish I had spoken to Blake, just to hear his loud indignation: “If something is true, no matter who said it, it is always from the Holy Spirit.”

Ed Olfert (p2pheo@sasktel.net) is blessed by the variety of characters that colour his life.

Read more In the Image columns by Ed Olfert:
In court with 'Clifford'
Holiness doesn't demand perfection
A friend tells a story
'I think I saw yellow'
'What's he doing out there?' 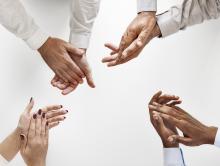 "Blake’s history didn’t allow him to give much respect to the work of Christian ministry... A frequent derisive term was 'happy clappy Christians.'" (Image by rawpixel/Pixabay)