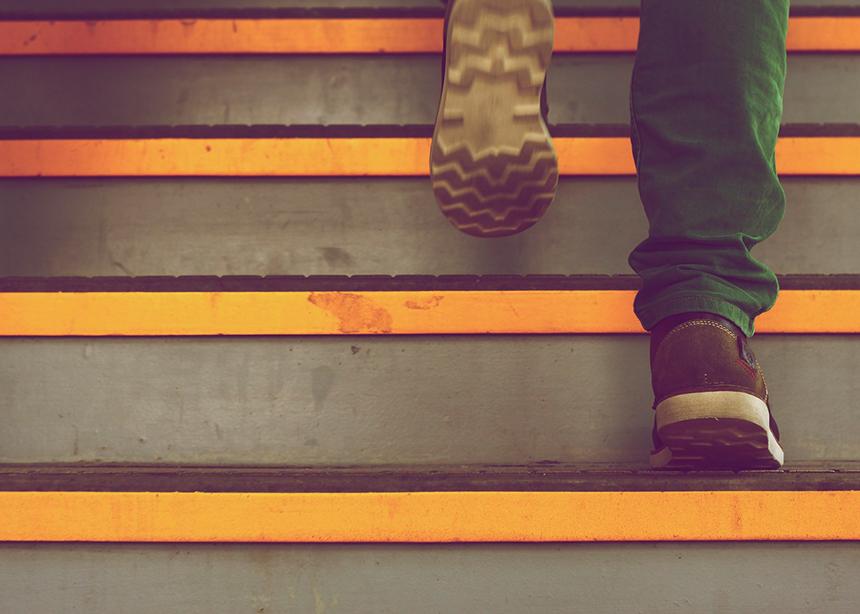 Throughout my years of ministry, being involved in the Alcoholics Anonymous 12 Step program has been one of the most rewarding aspects of my work. No, I am not an addict. But at times I’m called on to help addicts through their “fifth step.”

The fifth step of the program comes after the “stepper” has acknowledged their inability to conquer their addiction themselves, that they are powerless and need help, that they have made many mistakes, have hurt many other people, often many times. Step 4 has the addict remembering, acknowledging, and often recording those times of causing harm.

Step 5 is a time when they acknowledge those transgressions to God and to one other person. Making personal amends follows after.

Frequently I am the one other person. I recall such an occasion.

“Leon” strode into my office carrying a couple of three-ring binders. Papers filled with scribbling hung out of both. He informed me that these binders represented his fourth-step work, trying to make an inventory of the harm that he had done to others throughout his life. There were many pages.

As I recall, we talked for a couple of hours. Rather, Leon talked. There had been many people impacted by his years of drinking. He was around my age, and his years of addiction were many. He never looked into his binders, the harm he had caused was obviously written on his heart.

Finally, Leon began to slow down. The stories, the memories were coming slower. But I still sensed anxiety, restlessness, an awareness of not feeling totally cleansed.

After a few moments of silence, he said, “There are a couple more stories. These are stories that I’ve never told anyone before. They go back to when I was a young kid. But I’ve lived with them all my life. I think if I’m going to stay sober, I need to let go of these.”

The first story was of an assault that he was part of, an assault on a girl. The perpetrators had been arrested and the case went to trial. The part of the story that had remained like a cancer in his soul was his memory of that victim on the witness stand, his lawyer tearing her reputation to shreds. He had lived with the huge guilt of that memory.

The second story was equally striking. Leon’s grandmother was a stern but stabilizing presence during his boyhood years. Once, she had disciplined him over something, he couldn’t remember what his infraction was. He had reacted by stealing her walking stick, and cutting a six-inch piece off the bottom end. She was left largely immobile. But the huge guilt had come from the part of the story when another boy, a cousin, was harshly punished for Leon’s misdeed. And again, that guilt lay on Leon’s soul for 50 or more years in a dark, unapproachable corner.

Finally, Leon was still, his head bowed. We sat quietly, then I asked him if he would like to pray with me. His face lit up, and he indicated the sanctuary with his thumb. “Can we go in there?”

We knelt under the cross and we prayed, me first and then Leon. We prayed for forgiveness and for release, and we offered thanksgiving.

Leon’s face was damp when we came back to the office. He picked up his binders, turned to me and announced, “When I get home, I’m going to build a fire and burn these. I don’t need them anymore.”

I get paid to do this stuff!

Ed Olfert (p2pheo@sasktel.net) continues to peer around corners and under things to see God.

Read more In the Image columns by Ed Olfert:
Millie, my lions and me
No 'happy clappy Christians' for Blake
In court with 'Clifford'
Holiness doesn't demand perfection
A friend tells a story 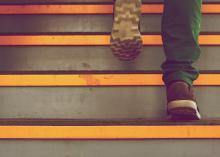 Thank you for sharing this very touching story, Ed. I pray that for "Leon," this is the beginning of a new life in Christ.