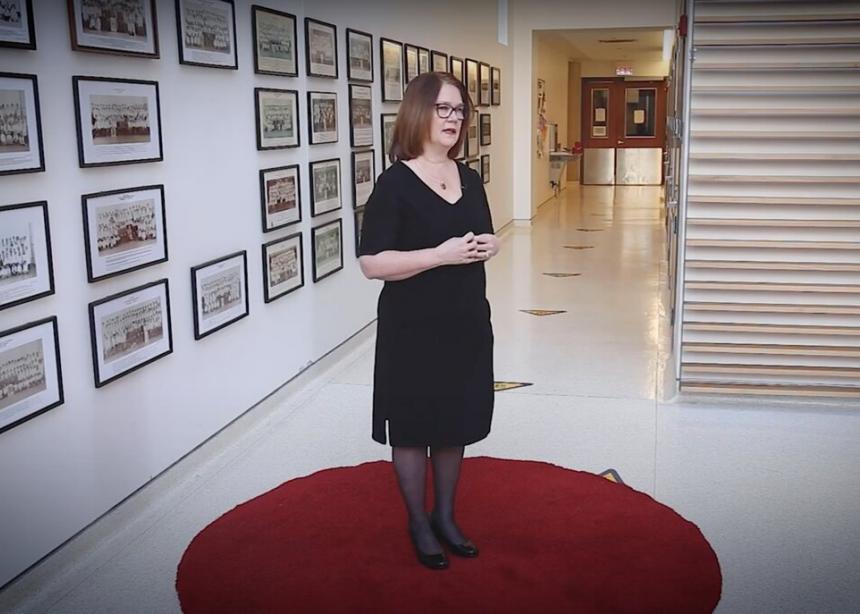 ‘It does not fall to me to judge the journey of others,’ Jane Philpott says in her TEDx talk.

In a talk posted on YouTube earlier this month, university dean and former member of parliament Jane Philpott reflects on two detours that changed her path.

During the 18-minute presentation, which you can watch below, Philpott recounts two life experiences—a personal tragedy and a professional crisis—and what she learned from them.

Philpott, a member of Community Mennonite Church in Stouffville, Ont., implores viewers to examine the role of privilege in overcoming adversity. She asserts that people have a responsibility to support others in navigating the detours they face.

The presentation was recorded as part of TEDxQueensU 2021: The Ripple Effect, an independently organized TED event run by a group made up of students, faculty, alumni and community members at Queen’s University in Kingston, Ont.

A medical doctor by training, Philpott was elected as the member of parliament for Markham-Stouffville in 2015. She served in federal cabinet positions, including Minister of Health, Minister of Indigenous Services and President of the Treasury Board.

She was removed from the Liberal caucus and barred from running for the party in the 2019 vote after criticizing the Trudeau government’s handling of the SNC-Lavalin controversy.

Before entering politics, Philpott had an over 30-year career in family medicine and global health. She is now the dean of the faculty of health sciences and director of the School of Medicine at Queen’s University.

“It does not fall to me to judge the journey of others, nor to take pride that I somehow managed to get back on my feet the few times that I’ve been knocked down,” Philpott says in her talk.

“It does fall to me to acknowledge my unearned advantages and to take responsibility to change society’s patterns of injustice, so each person on this planet can bear the setbacks that impede their journey, so everyone can use their unique talents to pursue their aspirations and get closer to the destinations of their dreams.”

‘It does not fall to me to judge the journey of others,’ Jane Philpott says in her TEDx talk.