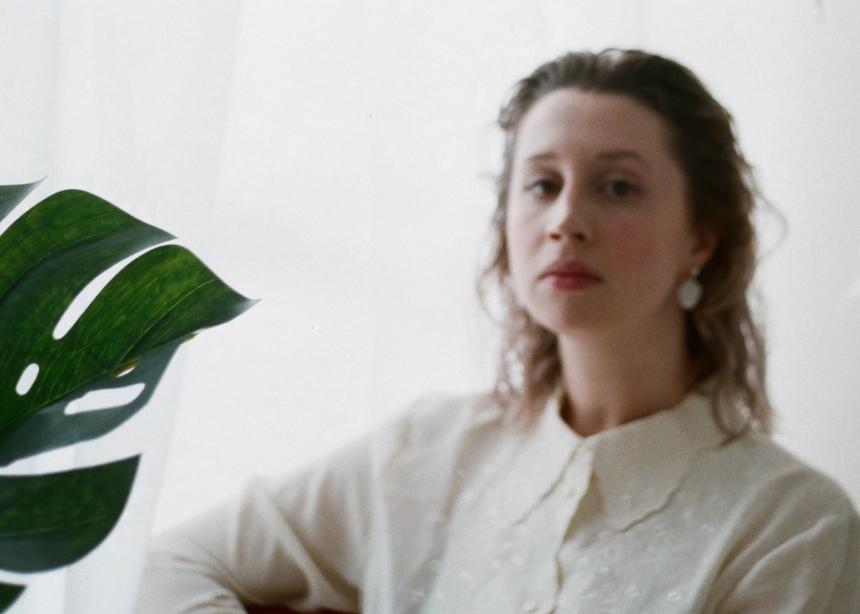 For Wiebe, who grew up attending Steinmann Mennonite Church in nearby Baden, this album is a culmination of three years of thinking intentionally about growth.

“I started thinking about cycles and how I’ve grown and how I’ve lived through patterns—patterns of behaviour, patterns of going away and coming back to different places, and learning the same things more than once in different ways,” she says.

One of the singles, “Fortune,” delves into this. She says she wrote it after moving away briefly and working at a lodge on the West Coast. “The chorus is, ‘Take me somewhere new.’ It’s all about wanting to get a change,” she says.

Once again, she is seeking a change and an opportunity to learn, spending the summer in Montreal after “burning the candle at both ends” as a student and a musician this past year. She says this is another one of her patterns in which she learns the same thing again.

“I don’t know if it’s an explicit learning, but being in a new place helps me discover my own centre and my own self,” she says.

Part of Wiebe’s self-discovery brought her to a place of growth in terms of her music. That change is obvious from her first album, New Behaviour, which she released in 2016. It’s simpler, softer and has a classic folk music vibe.

“Artistically, I’ve wanted to challenge myself a bit and do things that are a little bit more complicated than my last record,” she says. “I think I did that just by having a band, working with more musicians, and creating more complex musical arrangements. I see it as a step up from my last album.”

Wiebe credits her Mennonite background and 16 years at Silver Lake Mennonite Camp for getting her music to where it is today.

“My growing up in the Mennonite church, obviously the singing and the harmonies, singing hymns are such a huge part of my growing up,” she says. “At Silver Lake, I met so many of my best musician friends there, and the opportunity to sing with so many talented people was really special. It helped in developing my music to what it is today.”

Wiebe isn’t a full-time musician, nor would she really consider herself part of the music industry.

She’s a master of social work student at Wilfrid Laurier University in Waterloo, Ont., and is planning to graduate next April.

Where she goes from there, she isn’t sure, but it’s likely to include lots of moving and changing if her lyrics are any indication.

Listen to "All I Do Is Move" at annawiebe.bandcamp.com.