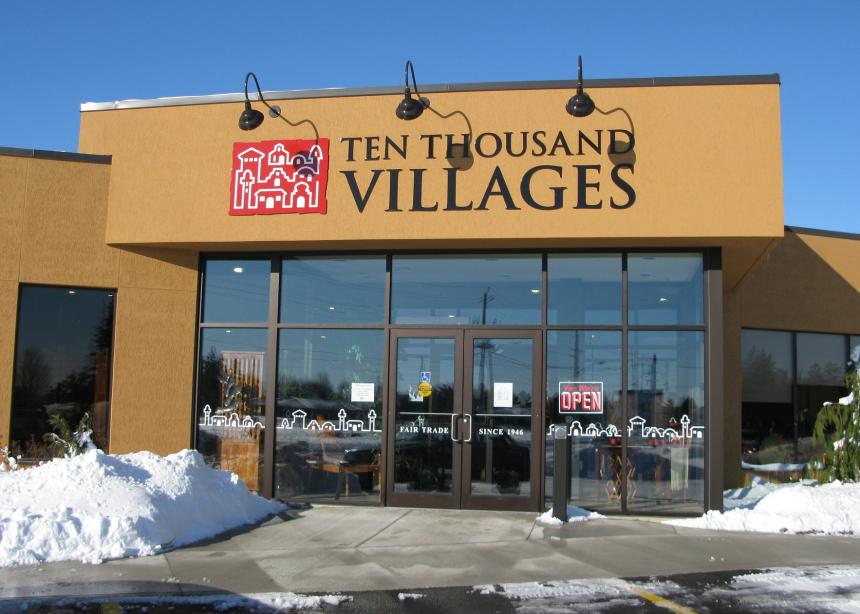 The closure includes the head office and distribution centre in New Hamburg, Ont., as well as Ten Thousand Villages Canada’s web store, wholesale operations and 10 remaining company stores, with the wind down of all operations completed by June 30, 2020.

Company stores will gradually liquidate inventory over the coming months, with the last store shuttered by May 29, 2020.

Ten Thousand Villages U.S., a separate entity from the Canada enterprise, is unaffected by the changes in Canadian operations.

“After embarking on an unsuccessful multi-year sustainability process, we’ve made the difficult decision to discontinue corporate operations in Canada,” says Rick Cober Bauman, executive director of MCC Canada. “With dramatic changes in the Canadian retail landscape and consumer habits, our retail model is no longer viable.”

“We had hoped for a different outcome,” adds Brent Zorgdrager, interim CEO. “But we are grateful for the opportunity to have been part of more than seven decades of providing sustainable and fair income for tens of thousands of artisans. In bringing their products to Canadian consumers, we’ve been able to share traditions of beauty and creativity across the globe.”

In 1946, MCC launched what would become known as the worldwide fair-trade movement. Hoping to find a market for the handicrafts made by artisans she had met overseas, Edna Ruth Byler began selling the items out of the trunk of her car. As the project grew, Byler ran the business out of her Pennsylvania basement for more than two decades.

In 1965, this work expanded from the U.S. to marketing in Canada when the Canadian Overseas Needlework and Crafts Project launched in Saskatchewan. In 1972, the first Ten Thousand Villages store opened in Altona, Man. (then known as SELFHELP Crafts of the World), with the New Hamburg, Ont., store and warehouse opening July 1981.

“We’re grateful for the thousands of staff and volunteers who have poured their time and energy into the ministry and vision of Ten Thousand Villages Canada,” Cober Bauman says. “Without these dedicated and passionate men and women, none of this would have been possible.”

Ten Thousand Villages U.S. will continue to operate as usual, including its brick-and-mortar stores and web store, and will begin to ship to Canadian addresses once the Canadian web store has been closed.

For a list of Ten Thousand Villages stores and when they will close, visit tenthousandvillages.ca/Closure-Information. 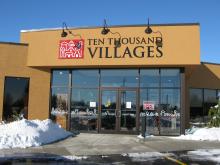 I had always hoped that when Villages ended it would be because Fair Trade had become the standard in retail. Sadly, that is not the case.

However, all is not lost!

Fair Trade/ethically traded goods of all kinds - food, beverages, clothing, home décor, etc, can now be found in regular and specialty shops all over the country, as well as on line. Fair/ethical trade has become a concept that most consumers are now aware of.

Edna Ruth Byler made small ripples the consumer pond when she first took orders for needlework from Puerto Rico, and legions of Self Help/Ten Thousand Villages volunteers and staff turned those ripples into waves, and the waves are still growing and spreading.

Now it is up to consumers to keep it going. Will we make our consumer decisions based on price and/or convenience, or because we want those who produced what we are purchasing to be treated and paid fairly, just as we expect to be? (If you ever heard Doug Dirks, former CEO, tell artisan stories you KNOW that the difference fair trade makes to producers and their families is immense.)

I am so very sad and disappointed that Ten Thousand Villages, as we know and love it, will cease to exist. But I am also very proud of the difference this wonderful organization, this MCC project, has made and will continue to make.

Because of Ten Thousand Villages we can all SHOP FAIR TRADE.