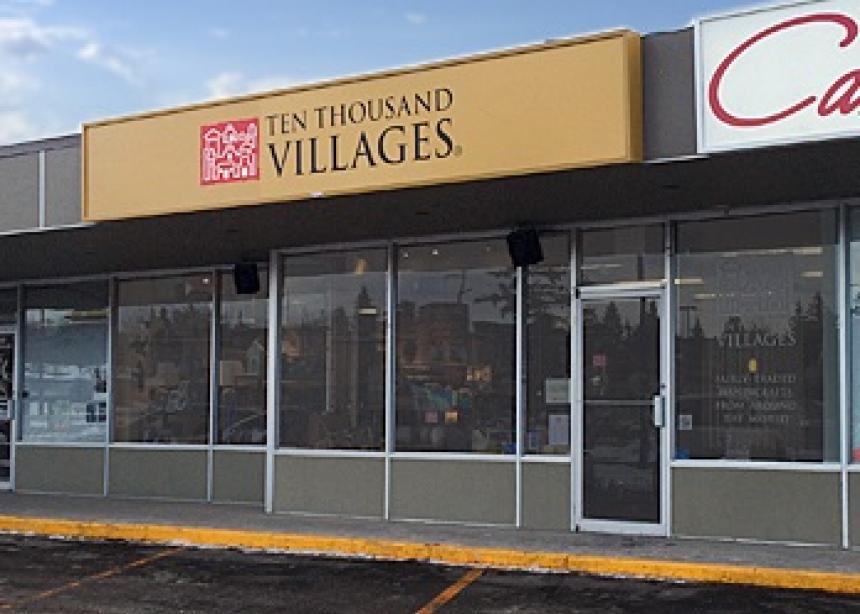 The Ten Thousand Villages Heritage store in Calgary is one of nine Canadian stores that have already closed or will be closing in 2018. (TTV photo)

In early February 2018, Ten Thousand Villages (TTV) began the process of permanently closing nine stores in four provinces. They include:

The decision was made after an in-depth review of the profitability of Ten Thousand Villages stores across Canada by the board of Mennonite Central Committee (MCC) Canada and the TTV advisory board.

In the short term, TTV will close unprofitable company-operated stores to reduce overall losses. Continued focus will be placed on the remaining stores, to improve sales and streamline operations. Emphasis will also be given to wholesale and e-commerce channels. Products will still be available in the 25 remaining brick-and-mortar locations across Canada, as well as at www.tenthousandvillages.ca.

“We have communicated this news to all Ten Thousand Villages staff, and our priority will be to work out these closures with respect for our staff, volunteers and the communities they serve, as well as our artisan partners,” says deGraaf.

Started in 1946 by MCC, TTV is North America’s oldest and largest fair-trade organization, with stores throughout the U.S. and Canada. TTV partners with independent, small-scale artisan groups, co-ops and workshops to bring their wares to North American markets. In 2017, TTV provided sustainable livelihoods to more than 20,000 artisans from 27 countries through its direct, fair-trade purchases of quality, handcrafted products.

“We recognize the impact of these difficult decisions on many individuals who work for and support the mission of Ten Thousand Villages,” says Rick Cober Bauman, MCC’s Canada executive director. “We are deeply concerned about the impact on artisans, some of whom will have reduced access to markets for their products. Artisans have been paid in full for the goods we have purchased from them, in keeping with fair-trade principles.”

MCC Canada and TTV ask shoppers to continue supporting TTV’s storefront and online shops, and seek their prayers for wisdom and direction in navigating market challenges and future planning.

“There is a high commitment from the whole of MCC and Ten Thousand Villages to see this remarkable ministry of sustainable livelihoods thrive,” says Cober Bauman. “We commit to continued communication with our communities as we pursue this objective.” 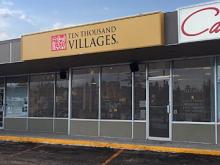 The Ten Thousand Villages Heritage store in Calgary is one of nine Canadian stores that have already closed or will be closing in 2018. (TTV photo)