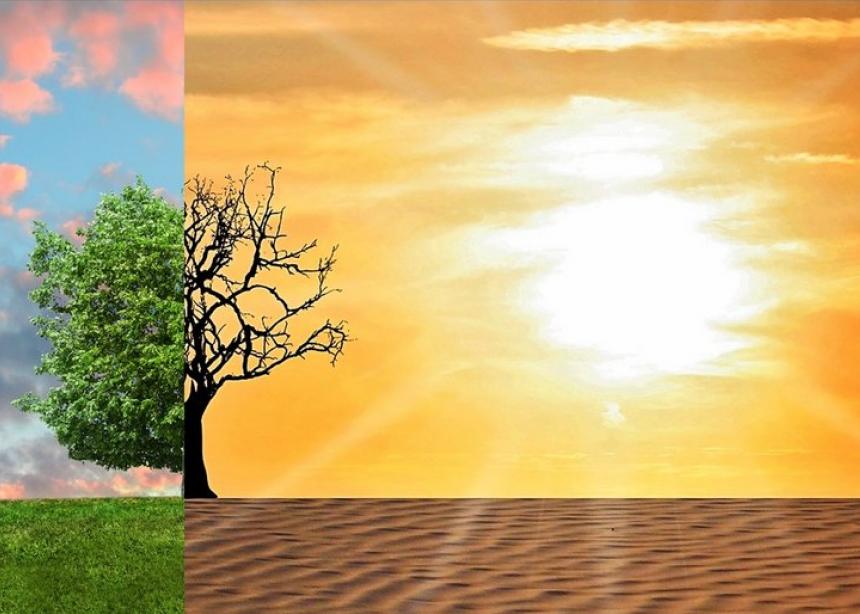 It’s been a month since Greta Thunberg—the 16-year-old climate activist from Sweden—came to my town for a climate rally.

The Edmonton reception was decidedly mixed. One reception was evidenced by around 10,000 people who gathered at the Alberta legislature. Most were young people, since her main message is that global environmental change, including a changing climate, drastically affects their futures.

There was negative reception, too. Some said they were sick of hearing about this foreign media darling. But even louder were those who rejected her as a one-message messenger doing a “hate-on” about Alberta’s oil and gas economy.

I would rather talk about the issues than the messenger. The celebrity culture rubs me wrong, although Greta didn’t start out as a cult figure. Only 15 months ago, she was a solitary soul skipping school to sit outside her national parliament with a sign asking for meaningful action on climate change: What is the point of an education if what is relevant for the future is not being addressed?

My work has allowed me to be a delegate at World Council of Churches climate-related meetings. I will never forget looking into the eyes of a brother from one of the low-lying Pacific Islands as he explained that he could not go back to his birthplace because sea level rise and storm surge had inundated the area and there was no longer any fresh water.

A Cree woman who has drummed and sung at several climate-related events in Edmonton told a CBC reporter that Greta is “the right race to be doing this [speaking up]. They won’t listen to us.” She named racism and climate change as intersecting attitudes of domination.

Why do we pay so little heed to Indigenous peoples in our country and around the world? Or to the thousands in the global community of scientists using the best available techniques to comprehend God’s creation?

Is Greta among the prophets for our time, like Jeremiah was to the Judeans threatened by the invasion of the Babylonian empire? His listeners rejected his message and even punished him for sedition (Jeremiah 20).

I’ve heard Christians saying that God will protect us from the threat of global environmental change. And I’ve heard Albertans say that opposing fossil fuel is un-Albertan. Are we like the Judeans of Jeremiah’s time?

A few years ago, I co-chaired the Mennonite Church Canada working group on climate change and fossil-fuel divestment. We didn’t recommend the church rid itself of investment in fossil-fuel companies at that time. One reason was that fossil fuels were entangled in every single part of our lives and economic sectors.

Let me be clear, I knew the data showing the dreadful consequences looming from still-growing carbon emissions, and that a rapid transition to other energy sources was required.

But I also agreed with our recommendation, for pastoral reasons. Some faithful Mennonites make their living and support families through employment in these industries, which are, at the same time, having a globally degrading environmental impact.

But equally faithful brothers and sisters around the world are already experiencing some of those impacts. And environmental degradation negatively impacts development work we fund through agencies like Mennonite Central Committee.

We need a specific dialogue about the morality/immorality of creation-damaging fossil fuels. And then, what action comes from following the Lord of heaven and earth?

Randy Haluza-DeLay teaches at The King’s University in Edmonton and attends First Mennonite Church there.