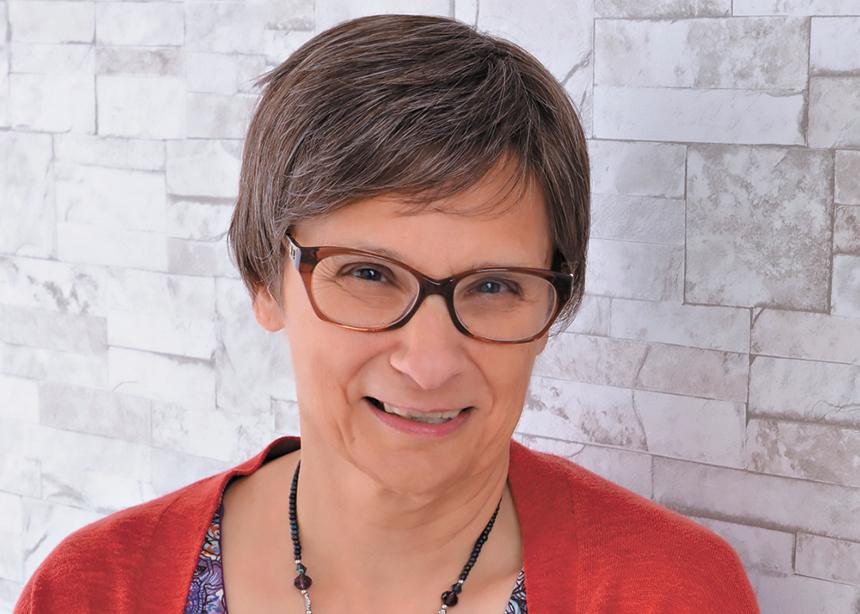 Sue Steiner left behind a huge legacy when she passed away on Aug. 26, 2019. As beloved wife to Sam Steiner for 50 years, treasured aunt to a number of nieces and nephews, and a cherished member of several circles of close friends, she left personal legacies. As a woman who served the church as pastor, clergy coach and trainer, writer and spiritual director, she influenced many.

Sue began her career as a book buyer for Provident Bookstore, and her love of writing continued in the form of authoring Adult & Youth Sunday School curricula and other articles, as well as three books. (A full list is available online at bit.ly/susan-steiner.) Sue was also a prolific reader and in retirement she co-led a book group for inmates at Grand Valley Institution for Women in Kitchener, Ont.

Sue served the wider church as youth minister and as interim missions minister for the Mennonite Conference of Ontario and Quebec, as chair of the Christian Formation Council for Mennonite Church Canada, as a founding partner of Associates Resourcing the Church, as a clergy coach for Mennonite Church Eastern Canada’s Transitioning into Ministry program, and in numerous other ways, such as public speaking and resourcing congregational pastoral search and review committees.

Her passion for nurturing faith in youth and children continued in retirement as she chaired the Christian Formation Committee at Rockway Mennonite Church in Kitchener, her home congregation. She was especially touched when, during an anointing service at Rockway after her diagnosis of metastatic lung cancer, a number of youth joined the circle surrounding her.

Sue was also passionate about equipping pastors. Besides her role as a coach for beginning pastors, she was involved in Conrad Grebel College’s Integration Seminar and she was instrumental in helping to initiate and co-lead a pastor’s seminar on “Congregational leadership from a spiritual guidance perspective.”

After she trained in spiritual guidance early in her congregational ministry, Sue’s own ministry was influenced in this direction, as she describes in “Paddling Furiously” in her book of memoirs, Flowing with the River: Soundings from my Life and Ministry.

Sue was also a founding member of the Mennonite Spiritual Directors of Eastern Canada, of which she was coordinator in its early stages. She continued to guide congregational leaders after retirement through her spiritual direction practice.

On a more personal level, Sue’s friends were well aware that she knew how to celebrate life and mark milestones in unique ways. Sue and her husband Sam treasured annual trips to Pennsylvania and Ohio to nurture family ties, as well as spending annual vacations at Colpoy’s Bay on the Bruce Peninsula, where she delighted in early morning contemplative times while overlooking the water, and also searching for Lady slipper orchids (described in her book of memoirs). She knew how to turn ordinary meetings into occasions by meeting in a coffee shop or restaurant. She delighted in good music and good food, and was known for her love of colour, as was evident in her clothing, in the furnishing of her condo, and in the mandalas she liked to create while on retreat.

Beginning on her 70th birthday, Sue began to publish a weekly blog called “A Nourished Spirit.” Her intention was to publish 70 blogs, but she continued longer because it received wide readership and, according to Sam, “She recognized it was her remaining place to minister after having to give up spiritual direction.” Through these blogs and in many other ways, it was evident that Sue herself nourished her inner spirit, which grounded her as she faced her illness and eventual death.

A memorable hymn-sing event was held at the Detweiler Meetinghouse, near Roseville, Ont., in May 2018, in celebration of Sue’s 71st birthday, her 31st year of ordination, Sue and Sam’s 49th wedding anniversary, and in acknowledgement of her health situation.

Last July, Sue and Sam held an early “pop-up celebration” of their 50th wedding anniversary with a special cake, after a Sunday service at Rockway.

It is fitting that this memorial tribute will be published close to April 22, on what would have been Sue’s 73rd birthday.

Thanks be to God for the life and legacy of Sue Steiner, whose writings and modelling of “a well-nourished spirit” will continue to inspire us.

Ardith Frey knew Sue as a pastoral colleague, as a co-member of the Mennonite Spiritual Directors, as a co-leader of the Pastors’ Seminar together with Sue and Ralph Brubacher, and as a treasured friend through the Retired Women’s’Group. 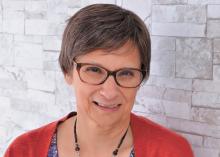