A life of grace and ‘holy impatience’ 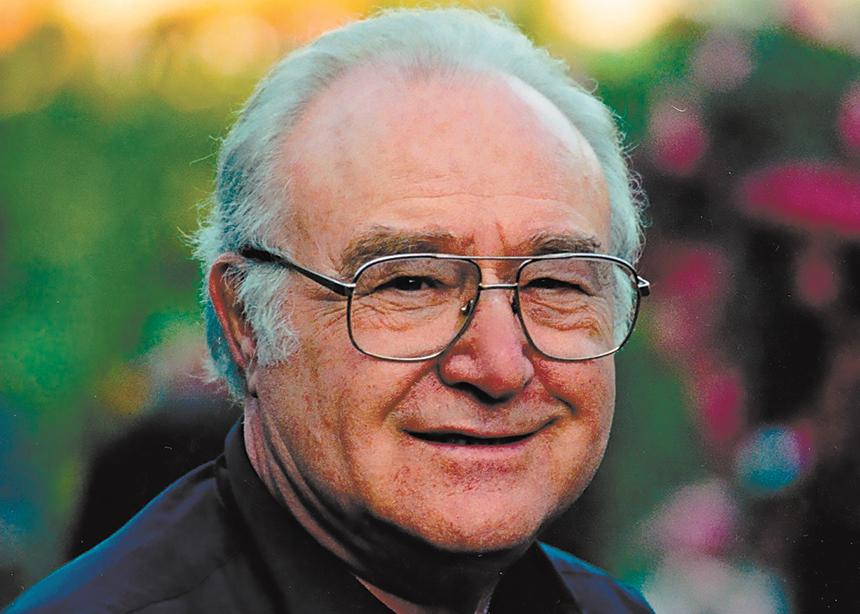 “We always knew Dad was a special man,” said Chuck Kruger, “but we have come, after his passing, [to learn] more about the influence he had in many ways.”

William (Bill) Kruger had a profound influence on many lives. Three friends paid tribute to him at his funeral at Nutana Park Mennonite Church in Saskatoon on Jan. 11. Robert (Jack) Suderman, author and theologian; Terry Schellenberg, Canadian Mennonite University’s external vice-president; and Doug Klassen, executive minister of Mennonite Church Canada, all spoke of how Kruger mentored, challenged and inspired them.

While studying in the United States, he worked with troubled youth at a correctional facility in Fort Wayne, Ind. This experience awakened in him a passion for teaching and nurturing youth.

“He had a vision that the church schools were an arm of the church,” said his daughter Marlene Wiebe.

Schellenberg, who taught under Kruger at Rockway, said, “He always, persistently, claimed that church schools . . . were nothing if not rooted in deeply interdependent relationships with the church. Indeed he saw these schools as essential for how missions is imagined and embodied by the church.”

Suderman taught under Kruger at Westgate. He said, “[Bill] never forgot that institutions are, first and foremost, people. The institution . . . existed only insofar as it was created by people and was designed to serve people.”

“Bill’s educational vision was imbued with grace,” said Schellenberg, adding, “Bill had a way of holding students accountable without ever being demeaning.”

Grace was important in Kruger’s life as a pastor as well.

Klassen recalled an encounter he had with Kruger when they served together at Foothills Mennonite in Calgary, when Kruger challenged his own more-conventional point of view. “Looking at me intently, [Bill] said, ‘So, is it up to you to shorten the arm of God’s grace? Is it your call to say who can experience love and who can’t?’ ”

Even as he challenged his colleague to be more gracious, Kruger extended grace to him. The encounter left Klassen sleepless for several nights. “A few days later, I said, ‘Bill, you have ruined me,’ ” said Klassen. “A loving, generous smile came over his face and he said, ‘No, I’m trying to save you from yourself.’ ”

Kruger had a great love for the church at both congregational and conference levels. “The conference meant so much to him,” said Wiebe. “He saw no difference between the conference and the churches,” adding, “Other families went camping; we went to conferences. He was very passionate about the church working together.”

Suderman said, “He understood that the church—when it truly is the church—is the primary vehicle for the profound transformation needed in our society. This deep conviction was the root and the motor of both his creative energy and his holy impatience.”

Perhaps it was the “holy impatience” that made Kruger embrace controversy.

“He welcomed debate,” said Wiebe. “He didn’t mind confronting people, but he was always loving.”

Klassen agreed. “Rather than running away from conflict, he ran to it,” he said.

Schellenberg added, “I never met a person with thicker skin—able to weather challenges and criticism and disagreement—and at the same time offer a bear hug embrace to that same person whose vision was simply too narrow or legalistic for his faith and his world.”

“A big part of Dad’s legacy is carried in the many people who were profoundly affected by his pastoring and educating,” said Kruger’s son Chuck, adding that many people in the church and beyond can say that their “faith and worldview were, at least in part, informed by Dad’s actions and words.” 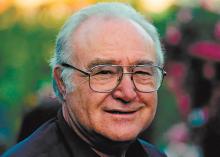 As a teacher at Rockway from 1973-1977, I, too, was mentored by Bill and have meaningful memories of my time at Rockway and my relationship with him. His deep vision for Mennonite Eduction and its relationship to the Church has remained with me. Bill's gracious spirit and his fearless engagement with those things he believed to be important have shaped me and so many others.

My call to pastoral ministry was in part shaped by Bill's love for the Church and respect for me. I give THANKS for Bill's life and for all the many ways God's Spirit was embodied in him.