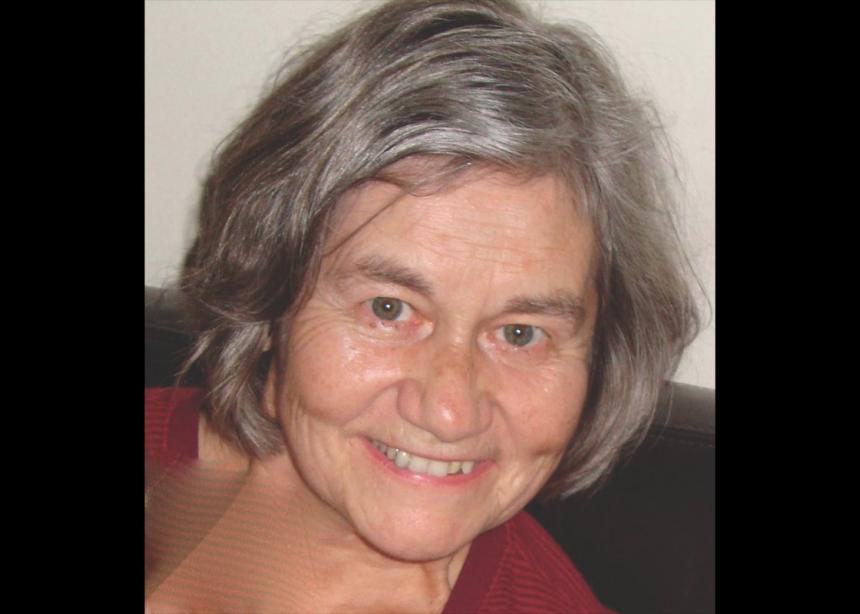 “A student of literature and a Mennonite journalist with a special passion for the arts,” is how Margaret Loewen Reimer introduced herself during a lecture series entitled “Mennonites and the artistic imagination” at Canadian Mennonite Bible College, in Winnipeg, in 1998.

That self-introduction rang true back then, and still does as I reflect on Marg’s legacy after her Jan. 24, 2019, death.

Marg became an editorial assistant at Mennonite Reporter in 1973, when Dave Kroeker was editor. After Dave resigned, I became editor and manager in 1979, and worked alongside Marg, initially an assistant and then associate editor, for the next 24 years. (She later served as interim editor and managing editor of Canadian Mennonite from 2003 until her retirement in 2005.)

Along with other colleagues and our board, we navigated huge changes—from manual typewriter to computer, from cut-and-paste layout to desktop publishing, from an Ontario-based staff to a cross-country team of writers, from eastern-weighted circulation to a Canada-wide circulation plan. We wrestled with how to write about both “the glory and the shame”—the title of a book by Mennonite Reporter founding editor Frank H. Epp—in the unfolding story of our people. We pondered the potential impact of the emerging digital challenge to the print world.

I never ceased to be impressed by Marg’s content editing acumen. With minor tweaks and major changes she helped many writers sharpen what they intended to communicate. This gift was captured by David Waltner-Toews in one of his poems entitled “The Editor’s Song,” which he read at Marg’s funeral. The opening lines of the poem: “Let us sing now a hymn to the healer / physician of the broken tongue, / judge of the merciful sentence. . .”

From early on, it became clear that Marg held a special concern for the arts section of our publication and for subjects related to the arts. This interest found expression in reports of writers’ conferences, book reviews, and profiles of Mennonite poets and novelists, whether Mennonite church members or not.

A number of publications grew out of Marg’s writings in the pages of Mennonite Reporter and Canadian Mennonite. One series of columns became a publication called One Quilt, Many Pieces: A Reference Guide to Mennonite Groups in Canada. This was first published in 1990 and went through a number of updates and revisions, with the last version published by Herald Press in 2008.

A second book brought together a series of short biographies that Marg wrote about 20 individuals who have shaped the Christian and Mennonite tradition. The 1988 volume called Christians Courageous: Stories for Children from Church History, was published by Mennonite Publishing Service.

A third book grew out of a “Signs and Symbols” column written by Marg over a number of years. This material was expanded and updated for a volume entitled Approaching the Divine: Signs and Symbols of the Christian Faith, published in 2018 by Canadian Mennonite University.

During a sabbatical from her work at Mennonite Reporter, Marg completed her PhD at the University of Toronto in 1993. Her dissertation was entitled “Hebraism in English literature: A study of Matthew Arnold and George Eliot.” She told me that in her thesis defence she was criticized for writing in too popular a vein.

Marg’s ability to make her doctoral work accessible to more than her academic advisers was in full form in three lectures on “Mennonites and the artistic imagination” presented at Canadian Mennonite Bible College in 1998. They were later condensed into an article in the fall 1998 issue of the Conrad Grebel Review.

“Ironically,” wrote Marg, “even as art deconstructs or reconfigures meaning, it offers perhaps the greatest potential for renewed faith. I believe profoundly that the artistic imagination can help us hold together the many clashing realities we live with, to bridge the vast gulf between biblical understandings and the creeds of our own time, between the competing gods of our culture and our personal truths.” The need for such a vision is more crucial today than it was 25 years ago.

Marg was a longtime member of Rockway Mennonite Church, Kitchener, Ont., where she played piano, served on the board and various committees, and, according to the obituary read at her funeral, “preached memorable sermons that wove together biblical, theological and literary themes.” In her retirement, she was also one of the coordinators for a number of years of a book club for women inmates at Grand Valley Institution for Women.

She was predeceased in 2010 by her husband A. James Reimer, who taught theology at Conrad Grebel University College. She is survived by her three siblings, Gerald, Ken and Karen; by her three children, Christina, Thomas and Micah; and by six grandchildren. 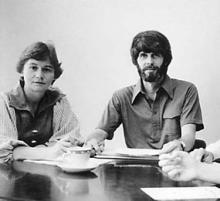 I had the privilege of having my writing edited by Margaret when I served as the B.C. correspondent for the Mennonite Reporter/Canadian Mennonite. She was an excellent editor and her work made mine better. Sometimes it was hard to see my work revised but while she was a ruthless editor, she was kind and gracious in her interactions with me. She also had a wonderful sense of humour that made the whole process enjoyable. I truly valued her work and her input into my life as a writer.