Under the sparkling stars 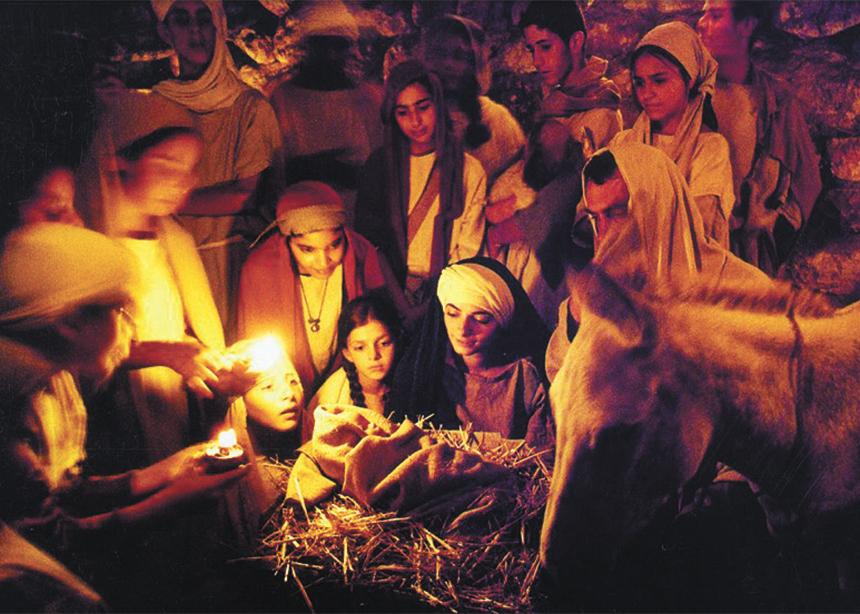 The carol “O Little Town of Bethlehem” paints a Christmas card picture of the ancient town of the Nativity: sparkling stars lighting quiet streets, a Holy Baby resting in a manger as the townspeople sleep, unaware. That idyllic view was replaced by a fuller perspective when my family moved to Israel in 1996.

What drew our family there was a vision to re-create, in the northern city of Nazareth, a centre that offered insight into the life and teachings of Jesus, the city’s most famous resident. The multi-year effort produced Nazareth Village, a “living museum” with houses, workshops and a synagogue built in the style of first-century Galilee. In a working farm, crops grow, as those young Jesus would have helped his family harvest. Staff and volunteers, clad in historically accurate costumes, do activities of first-century life. Visitors—some of whom have never heard the story of Jesus—come from across the country and around the world to experience, on the ground, something of life in Bible times.

One of the seasonal activities of the Village is to offer tours dramatizing the Christmas and Easter stories. In the Advent season (before the COVID-19 pandemic), visitors would trudge behind Mary and Joseph on the starlit path, past ancient olive trees and through vineyards, to reach the stone shelter where the Christ Child would be born. Standing in the animal pen, perhaps with a bit of manure on their shoes, 21st century onlookers could peek into the small room and see the young family, illuminated by lamplight and surrounded by the smells and sounds of farm animals.

Our family knew these actors as neighbours and members of the local Arabic-speaking congregation we attended. Some of them had deep roots in the Arab city of Nazareth, going back to the early centuries when Christian pilgrims began honouring it as the city of the Annunciation. During our years living there, we learned a lot about the followers of Jesus who continue to witness about him in that part of the world.

Palestinian Christians make up about two percent of the population of Israel and the Palestinian territories. They live among their Muslim neighbours, within a larger Jewish context. There, and elsewhere throughout the Middle East, local Christians minister in their communities through schools, medical institutions and social service agencies. They keep the message of Jesus alive through their corporate worship and their individual witness in their communities.

There is reason to be concerned about the fate of Middle Eastern Christians, who are seeing an ongoing decline in their numbers. Some sources indicate that, in the beginning of the 20th century, they made up 20 percent of the region’s population. Now the estimated number is about five percent.

Christ-followers in the Middle East face many challenges in what some analysts call an “existential crisis.” Political, cultural and sociological realities make for difficult economic realities. In some places, they experience discrimination or persecution due to government repression or religious fundamentalism.

In Syria and Iraq, ongoing conflicts and violence cause many to flee as refugees. The countries in the region that host them find their social systems overloaded by the needs of the many newcomers. It is understandable that some Middle Eastern Christians have seized opportunities to settle outside the region, leading to a sort of “brain drain” in their homelands.

There are no Mennonite congregations in what is known as the Holy Land. Yet Mennonites who have served there affirm that Jesus’ followers in the lands of the Bible have important gifts to offer the larger world community. They provide a continuity to the early days of the Christian church, preserving worship practices and traditions that connect across the centuries. They model resilience in the face of significant historical upheavals. Their work toward peace, justice and reconciliation calls Christians in the West to join in solidarity.

One such effort is the relationship Mennonite Church Canada is nurturing with Bethlehem Bible College. In its forty plus years of existence, the school has shared the message of Christ in the city of his birth, encouraging local Christians and equipping them and their Muslim neighbours to serve as leaders in their community. You can read more about that partnership here: canadianmennonite.org/pin

The Palestine and Israel Network organized by MC Canada is an association of groups and individuals seeking to help build peace in that part of the world, in response to the invitation particularly of Palestinian Christians. They have activities in all five of MC Canada’s regional churches.

In 2013, an international ecumenical gathering of Christians meeting in Lebanon issued a statement that included this challenge: “The circumstances throughout the Middle East present the churches with a Kairos moment, as did South Africa in 1985, and Palestine in 2009, each of which called the churches to prophetic action. This is another time for such action, for a new vision of Christian cooperation in the region, for recommitment to Christian-Muslim engagement, for engagement with Jewish partners also working for peace and justice, expressing our Christian vocations by working together to express mutual support and solidarity, all of which may help to stem the flow of Christians from the region and to eliminate the barriers to full and meaningful lives for Christians in the countries of the Middle East.”

Our Middle Eastern siblings are striving to share the light of Christ in their own homelands, and they invite North Americans to support them through friendship, advocacy, prayer and financial support.

As we sing the familiar carols this season, let’s look beyond the pristine Christmas card images to imagine today’s Christ-followers living out his message under those sparkling stars. Let’s consider how we can join them in sharing Christ’s light. 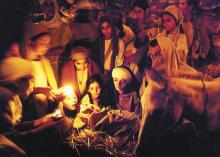 Thank you, Virginia, for that Christmas message for our time. The time and place WE are responsible for.