Working group tackles tasks of advocacy on Palestine and Israel 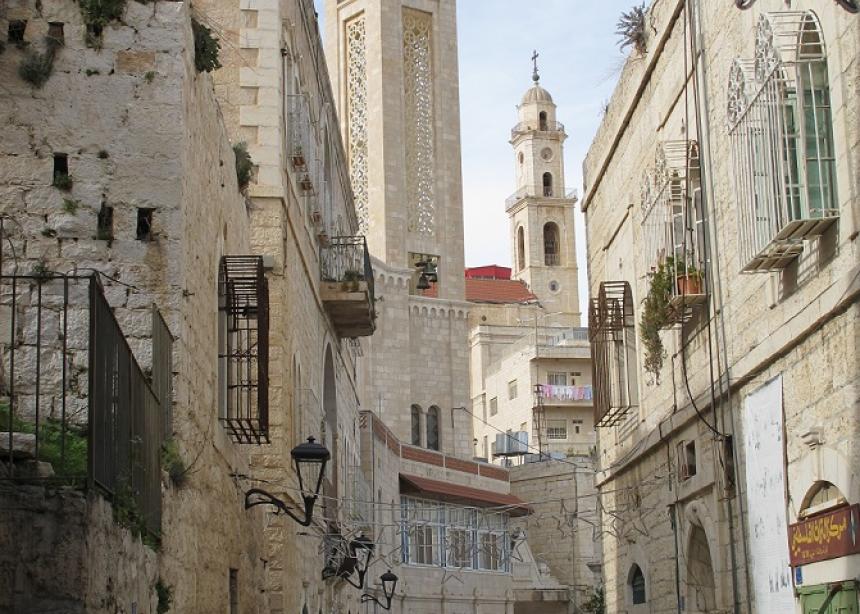 When delegates to the July 2016 assembly of Mennonite Church Canada passed a resolution on Palestine and Israel with an almost unanimous vote, reactions varied widely from within the denomination and from outside.

Denominational staff and those involved in promoting the resolution received glowing words of commendation from organizations supporting Palestinian human rights, including the United Church of Canada. Some Jewish voices applauded the decision, while a pro-Israeli lobby group in Canada portrayed it as being anti-Israel. Some hate mail from obscure sources was also part of the mix.

And in the middle were average constituents and observers who didn’t feel informed enough to make a good judgment or felt there were too many other important issues to attend to.

The resolution was inspired by the 2009 statement “A Moment of Truth” issued by a broad coalition of Palestinian Christian leaders. (You can read it here.)

The Mennonite Church resolution calls for its congregations to intentionally support a just peace in Palestine and Israel through prayer, education and awareness, relationship-building with Palestinian and Jewish neighbours, and through actions of advocacy.

Most feedback came in response to the actions of advocacy, which include avoiding investment in and support for the Israeli military and other enterprises that profit from the State of Israel’s decades-old military occupation of the West Bank and Gaza. The resolution also encourages putting pressure on the Canadian government (including economic sanctions) as a means of urging the State of Israel to work for a just peace and an end to the occupation.

Recognizing the need for good follow-up, the General Board asked Mennonite Church Canada executive staff to appoint a national working group to help foster awareness and understanding of the resolution and the issues around it. The group was also called to attend to relationships with Palestinian and Jewish neighbours, and to help congregations engage in informed and effective advocacy.

The seven-member group has been meeting monthly by phone since December 2016 and working between meetings at implementing the six items of the resolution. The group’s accomplishments to date include:

Currently the working group is working on ways to take appropriate and specific actions of advocacy, and to extend the recommendations of the resolution. The mandate of this group will end in October 2017.

For more on this subject see:
The view through a prison keyhole
Muddying the waters on Israeli divestment
What would you risk for peace?
Broadening our prayers
Don’t interrupt me
Three stories of throwing
Palestinian children face harsh realities 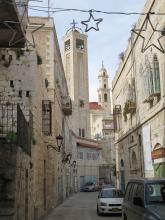