The view through a prison keyhole

Christians in the Holy Land make their voices heard 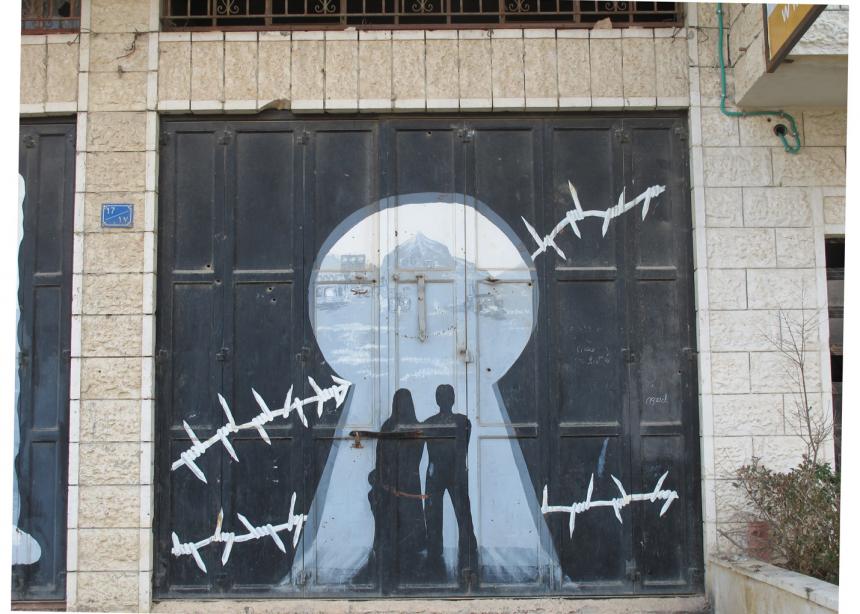 Still restless though, he decided to read the Gospel of John. Midway through, he suddenly found himself overwhelmed with a sense of his need for God. That was the moment he gave his life to Christ.

It took him six months of Internet research before he found a church in Ramallah that he felt would nurture his renewed faith. In those months of exploring Christian groups, a huge irony nearly sabotaged his faith—and it still drives much of his work today as a biblical studies professor at Bethlehem Bible College, a West Bank school that trains Arab-speaking Christians for witness and ministry.

His dilemma: How can so many Christians around the world give unqualified support to the modern political State of Israel, when that same state continues a decades-old military occupation of his land, flouting international law and denying the Palestinian people their basic human rights of dignity, movement, adequate water and self-determination?

Following graduation, this disconnect often brought him to tears as he served abroad with an international missionary organization and later studied at the London (England) School of Theology. “What hurt me the most,” he says, “was that the people I was praying with—good friends—considered the military victories of Israel as ‘miracles of God.’ How could the massacres and displacement of our people be considered God’s doing?”

Deik is only 30 years old, but the memories are collective among his people:

That the State of Israel has flourished at the expense of justice for the Palestinians is bad enough, he says. That this has happened with the political support of Christians far away, whose politics have been shaped by what he and most Palestinian Christians consider to be an erroneous understanding of the Bible, is tragic.

North American Mennonites encounter this sense of dissonance and betrayal whenever they meet Palestinians in the Holy Land, whether on learning tours or living and working alongside them.

Before the formation of the State of Israel in 1948, Christians of all stripes—Orthodox, Catholic, Protestant and evangelical—constituted about 30 percent of the Arab population of Palestine. Their roots in the land go back hundreds of years; for some, to the very beginnings of the church at Pentecost.

Today, after the forced displacements of 1948 and 1967, and the later emigration of Palestinians and the influx of Jewish immigrants, Christians number only 1.5 percent, both in Israel proper and in the occupied territories. The vast majority in the territories and among Israeli Arabs are Muslim. Secular and religious Jews make up the majority of the State of Israel proper.

While some pro-Israel ministries in Europe and North America claim that the exodus has been caused by Muslim persecution, Palestinian Christians insist that the real reason is the oppressive conditions of the occupation. Historical records and current experience attest to centuries of peaceful co-existence between Palestinian Muslims, Christians and Jews. In Bethlehem, Muslims even join in Christmas celebrations, since Jesus is a key prophet in Islam.

Palestinian Christians: Pulling beyond their numbers

Against all odds, the churches of Palestine and Israel maintain a peace witness out of all proportion to their numbers. Palestinian theologians such as Naim Atteek and Mitri Raheb continue to speak and write a gospel-based theology focussed on justice, countering the triumphalistic and militaristic theology of Christian Zionism that brought Deik to tears at the start of his Christian life.

In the last decade, as the military occupation has tightened its grip, articulate spokespersons like Nora Carmi have represented Christian Palestinians internationally, arousing awareness and sympathy for Palestinian people.

Evangelicals like brothers Bishara, Mubarek and Alex Awad—sons of Huda Awad, who taught them forgiveness and reconciliation following the loss of their father to a sniper’s bullet in 1948—have worked tirelessly for decades in Christian education and activism among Christians in the West Bank. Others, such as Yohanna Katanacho, teach and write in Israel proper, where Palestinians are Israeli citizens, yet still suffer institutional discrimination in education and housing.

Since 2010, the biennial Christ at the Checkpoint Conference sponsored by Bethlehem Bible College has brought hundreds of church leaders and scholars from around the world and around Israel-Palestine to explore how the gospel speaks prophetically into the realities of the occupation. Last year, 30 North American Mennonites attended.

Then there is Jonathan Kuttab, a Palestinian Anabaptist and prominent human rights lawyer who divides his time between his native Jerusalem and the United States. A graduate of Messiah College in Pennsylvania , he attends Community Mennonite Church in Lancaster, Pa., and is helping Mennonite Church U.S.A. prepare to vote on its own resolution on Palestine and Israel in July.

Like his theological compatriots, Kuttab regards the theology of Christian Zionism as unbiblical and running counter to Christian witness. “Western Christians love this interpretation for the same reason others love horoscopes,” he says. “They see today’s events revealed in the Old Testament; they love the prospect of Israel destroying God’s enemies.”

A different theme runs through “A moment of truth: A word of faith, hope and love from the heart of Palestinian suffering,” a 2009 statement signed by the leaders of all the major Christian churches of the Palestinian territories, including evangelicals. It names the ongoing occupation of the Palestinian territories as a “sin,” and calls on the global church to prayer and nonviolent action toward justice, including through support for the boycott, divest and sanctions movement. (You can read the document, also called the “Kairos Document,” here.)

Kuttab highlights one reason why Mennonites should feel a deep affinity with this statement: “All the [signatory churches] are unified in rejecting violence in our struggle. This is the first time since the early church [before Christianity became the official religion of Rome in the fourth century] when the overwhelming majority of Christians in one country have been unified in rejecting violence.”

The statement is a form of resistance distinct from the suicide bombers and rocket attacks that some desperate Palestinians have undertaken—garnering sensational press coverage, currying sympathy for Israel and obscuring the violence of the occupation itself. The goal of the statement is not to oppose the existence of the State of Israel or to single out Judaism; it is to press for a just peace and ultimate reconciliation with Israelis.

The Kairos Palestine call was a key motivation for the crafting of the Palestine and Israel Resolution that was passed last July at the Mennonite Church Canada assembly in Saskatoon. It calls on Canadian Mennonites to pray, learn and advocate toward a just peace in Palestine and Israel—including through economic pressure and through advocacy among Canada’s politicians.

While the resolution passed handily, the work of followup is ongoing. Last fall, MC Canada appointed a national working group to help facilitate implementation. The seven-member group has compiled recommendations for learning and caring about Palestine-Israel issues, initiated contacts with area church leaders and pastors, led workshops at area church gatherings, and initiated relationships with Jewish and Palestinian communities for dialogue and advocacy.

Palmer Becker, a co-mover of the resolution and the Ontario member of the working group, has developed a four-point PowerPoint presentation and script to be used in adult education efforts to explain the background for the resolution and to help move congregations to awareness, prayer and action.

Jonathan Kuttab is glad that Mennonites are now joining several other North American denominations in heeding the Kairos Palestine call. At the same time, he recognizes that to take a stand of solidarity with the Palestinian churches is to “go against the grain.” Well-funded lobby groups swiftly—and falsely—label such efforts as anti-Semitic and anti-Israel. People who speak out will receive hate mail, as did the movers of the resolution and MC Canada staff last summer.

But, according to Kuttab, such work is urgently needed. He feels that the real evil in this conflict is the inaction of people who agree that injustice is taking place but do nothing about it. “In today’s world, you can’t just stay out of it,” he says. “The worst you can do is not act. If we are in the world, we need to find ways to be salt and light.”

Byron Rempel-Burkholder is a member of the Palestine and Israel Resolution Working Group of Mennonite Church Canada.

For more on this subject see:
Broadening our prayers
Muddying the waters on Israeli divestment
What would you risk for peace?
Don’t interrupt me
Three stories of throwing
Palestinian children face harsh realities
Working group tackles tasks of advocacy on Palestine and Israel

1. What are your sources of information regarding the conflict in Israel/Palestine? What news sources do you trust and which sources do you treat with scepticism? Which side of this conflict do you feel more sympathetic to? What factors have influenced your point of view?

2. What is the relationship between the modern secular State of Israel, and the biblical, covenant people of Israel? Are they the same thing?

3. How should we respond if/when the State of Israel engages in unjust and oppressive policies toward Palestinians? What might the biblical prophets say to this current situation?

4. Palestinian Christians have called the global church to nonviolently oppose the expropriation of lands they have lived on for generations. How should we respond?

5. Has your congregation found the resources offered by Mennonite Church Canada on this topic (see link below) to be helpful? What are the major factors causing ongoing conflict? What do you think is the best path towards a peaceful resolution? What role should the church in North America play in promoting peace? 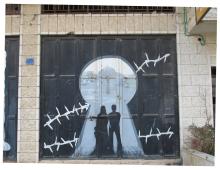 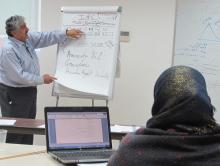