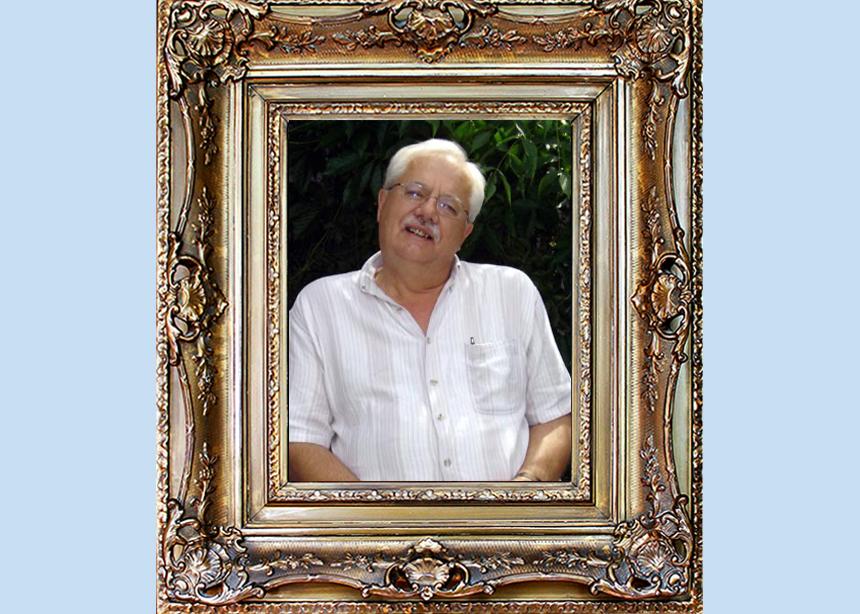 Life for Eric Harder ‘was a mystery to savour rather than a load to carry,’ Ed Olfert writes. (Photo illustration by Betty Avery)

In late January, Eric Harder died at age 74. He was my friend.

I became acquainted with Eric 25 years ago, when I moved to Prince Albert to begin my ministry work. Both he and Velma were strong presences in the church. They offered leadership and encouragement in all the ways that a new pastor desperately needs.

Eric’s career was that of a high-school teacher. It suited him admirably, because Eric lived his life with a curiosity that was boundless. When the church entered the world of refugee sponsorship, Eric was first on the scene. There was so much to learn.

For a number of years, some of the men of Grace Mennonite met on occasion for breakfast, conversation and prayer. We were mostly old, and, may I suggest, somewhat entitled white men, and I recall someone going off on a bit of a rant about all “those people” in the community who got things handed to them, who never learned how to work, instead of pulling themselves up by their bootstraps. Well, you’ve heard that rant.

Eric waited until that energy was spent before he offered his own.

“Most often, I’m embarrassed by the riches I’ve been given,” he said. “I’m embarrassed that I have so much. I grew up in a family culture that taught me a work ethic. My culture taught me that anything was attainable. I didn’t choose that culture; I was born into it. That culture included a healthy spirituality. That culture valued education, and then offered me a wonderful job with responsibility, that paid reasonably and allowed me to feel good about myself. I’m most often embarrassed by the stuff that we’ve been able to accumulate.”

To know Eric and Velma was to know that Eric’s passion was much more than a countercultural rant. The good things that Eric and Velma accumulated—the large house with the red door, the cabin at the lake—were very deliberately shared with others. The cabin was shared with the Circle of Support and Accountability (CoSA) group for released offenders, where we enjoyed winter and summer fishing excursions.

And then there were the marvellous Christmas parties at the Harder home. That same CoSA gang, both offenders and volunteers, were treated to fabulous food and then parties in the basement.

Eric loved to organize Chinese gift exchange games, and it was during one of those games Eric had cleverly manipulated that a core member, instead of choosing the last gift, asked his girlfriend for her hand in marriage.

Life for Eric was a mystery to savour rather than a load to carry.

Last spring, Eric told me that he was being tested for Alzheimer’s disease. His father had walked through that valley some years earlier, and Eric’s family showed tremendous grace as they journeyed with him. When it became his own story, Eric again showed a remarkable determination to be real, sharing that diagnosis with the CoSA gang, inviting conversation and questions about that reality.

We remember the day he told us, with obvious grief, that he was turning in his driver’s licence. He had driven to the meeting that day, would go on to visit his friend in a care home, and the next day would offer up his right to drive. I know that was done with dignity.

As a teacher, Eric had become enamoured with poetry. In his last year, he introduced me to the poem “Flammonde” by E.A. Robinson. Look it up online at bit.ly/flammonde, enjoy it, giggle, and think of the lessons we can learn if we can only live in holy curiosity.

Ed Olfert (p2pheo@sasktel.net) suggests that, if you enjoy the poem “Flammonde,” you would have enjoyed Eric Harder.

Read more In the Image columns:
How broad is salvation?
‘O, you gorgeous man!’
'Unusual kindness'
Partying 'behind the wall'
'Tell God I say yes' 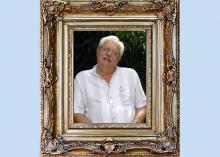 Life for Eric Harder ‘was a mystery to savour rather than a load to carry,’ Ed Olfert writes. (Photo illustration by Betty Avery)