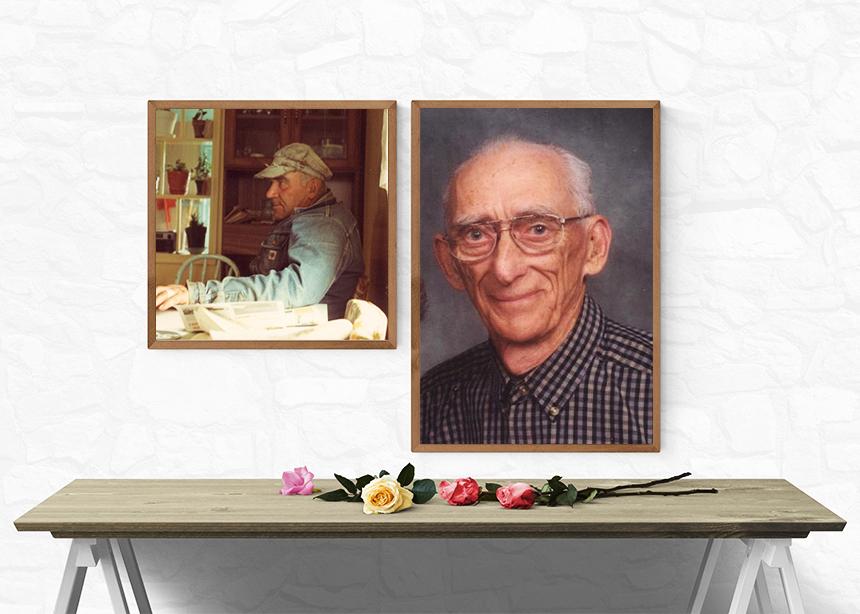 Pa loomed large. I spent childhood years believing that I was a disappointment to him. The areas of his life where he was gifted, strong and confident, seemed always to correlate with my weaknesses.

I was certainly proud of Pa. His mind functioned like that of an engineer; and he dragged scrap iron together, welding, drilling and hammering to create useful things. He yanked engines out of vehicles and repaired them in an unheated garage in the winter. He attended auction sales, overheard a comment that a certain piece of equipment was probably junk, dragged that junk home and made it useful on his farm.

Pa was stubborn. No one ever successfully told him what to do.

As I grew, I began to pay attention to Pa in other contexts. His community—the folks he gathered comfortably around him—were not the “successful people.” He embraced and roared and told stories with “the least of these.”

Pa sat out the war. That wasn’t a comfortable topic. When I raised that in his later life, he could mostly remember his anger that the aeltester (ordained elder) had made that arrangement, and Pa wasn’t allowed into that decision. In those times, he was sent to a construction gang near Thunder Bay, Ont. I hold the booklet that he kept track of his hours in. Mostly, Pa recorded his longing for his girlfriend, my mother. He also told stories of working alongside German prisoners of war and the relationships that developed through their common language.

The Olferts—Pa and his brothers—accounted for a high percentage of my heroes, as a boy and now. They taught me to live with passion, to gather around family, to be generous to relief causes, to laugh loudly, to hold opinions. Being among these big men was good.

An image comes to mind of relief auctions held in the church basement, the giggling among the brothers as they chased a brother-in-law to astronomical dollars for a loaf of bread or a pair of socks.

At the age of 12 or 13, I received a rifle. It was a coming-of-age thing. My mom, the minister’s daughter, won the battle that we wouldn’t receive toy guns—we made them out of wood instead—but the gun rack of real weapons was crowded. Pa wasn’t much of a shooter; he was simply intrigued by guns.

In 1972, I married my own girlfriend, and her father Harold appeared in the larger family system. Harold was a Second World War veteran. Of the two fathers, Harold had a much milder spirit. He was a gentle and kind father-in-law. Harold had manners. He was no doubt unsure what it meant that his eldest daughter was connected to this Mennonite farm boy.

These very different two men, Harold and George, were now in the same orbit. They taught us lessons of dignity. They tolerated, respected and enjoyed each other. They modelled that differing stories did not mean a rush to disagreement. They came together out of their common goal to create a good space for this new understanding of family. While they brought very different gifts, there was room for all.

I feel Pa’s wisdom, his encouragement, his appreciation of the younger generations, his awe of what family can be. They are the lessons of God. I feel him at my elbow when I pick up my welder, when I slow to watch road construction. And when his great-granddaughter decides that, no, she won’t eat any more even when pressed, and as her mouth forms into a straight line, then George and I giggle together.

Ed Olfert (p2pheo@sasktel.net) is grateful for the story that surrounds him.

Read more In the Image columns:
Holy curious living
How broad is salvation?
‘O, you gorgeous man!’
'Unusual kindness'
Partying 'behind the wall' 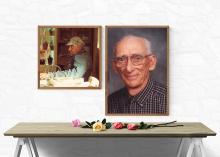